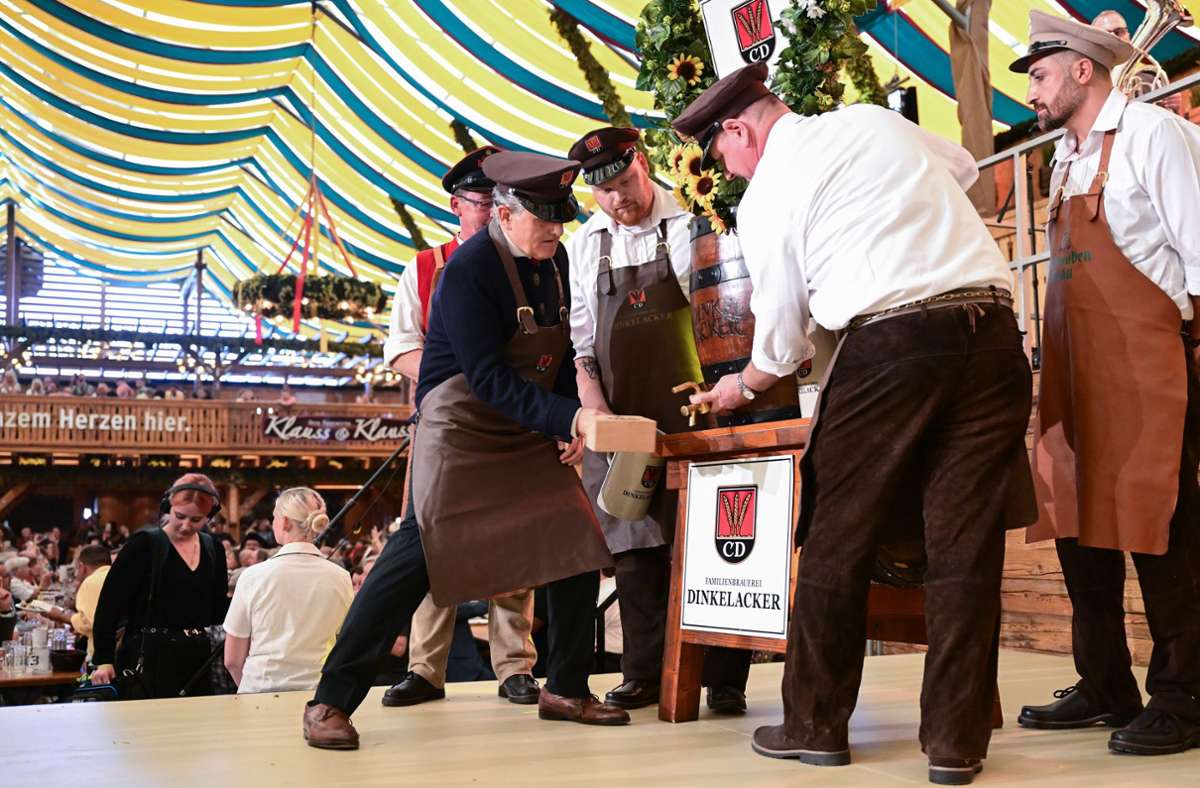 The 175th Cannstatter Wasen opened. Stuttgart Lord Mayor Frank Nopper needed two glasses before the first beer flowed. After the Corona break, around 3.5 million visitors are expected this year. We have the photos of the opening.

Stuttgart Mayor Frank Nopper needed two taps on the beer keg before the barley juice flowed out. Nopper was able to serve Transport Minister Winfried Hermann (Greens) the first beer: the 175th edition of Cannstatter Wasen, the largest folk festival in the southwest, has begun.

The last wasen was in 2019, in the years that followed it fell victim to the corona virus. Celebrating a folk festival in times of crisis? An important sign for Nopper: “Since its first edition, the Cannstatter Wasen has been a program for mental crisis management. We need joie de vivre, but with good reason,” he said in his opening speech.

Nonetheless, Dinkelacker’s marquee was not crowded when he was tapped, and the applause during Nopper’s speech was rather muted. About 3.5 million visitors are expected by the end of the folk festival on October 9. But during the performance of the fanfare “Fettes Bläch” and the first “Prosit”, which sounded through the tent, the classic atmosphere of the marquee appeared.

Although you can celebrate on the Wasen without any restrictions or access conditions, the pandemic did not spare the folk festival: Many employees were no longer available during the Corona break, said the president of the Association of showmen from southwest Stuttgart, Mark Roschmann.

And that’s not all: rising energy prices are also depressing the mood. Companies were counting up to 30% additional costs. Guests also feel the effects of rising prices and inflation: a beer costs up to 13.20 euros this year in the festival tents – in 2019 it was significantly cheaper with an average of 11, 20 euros.