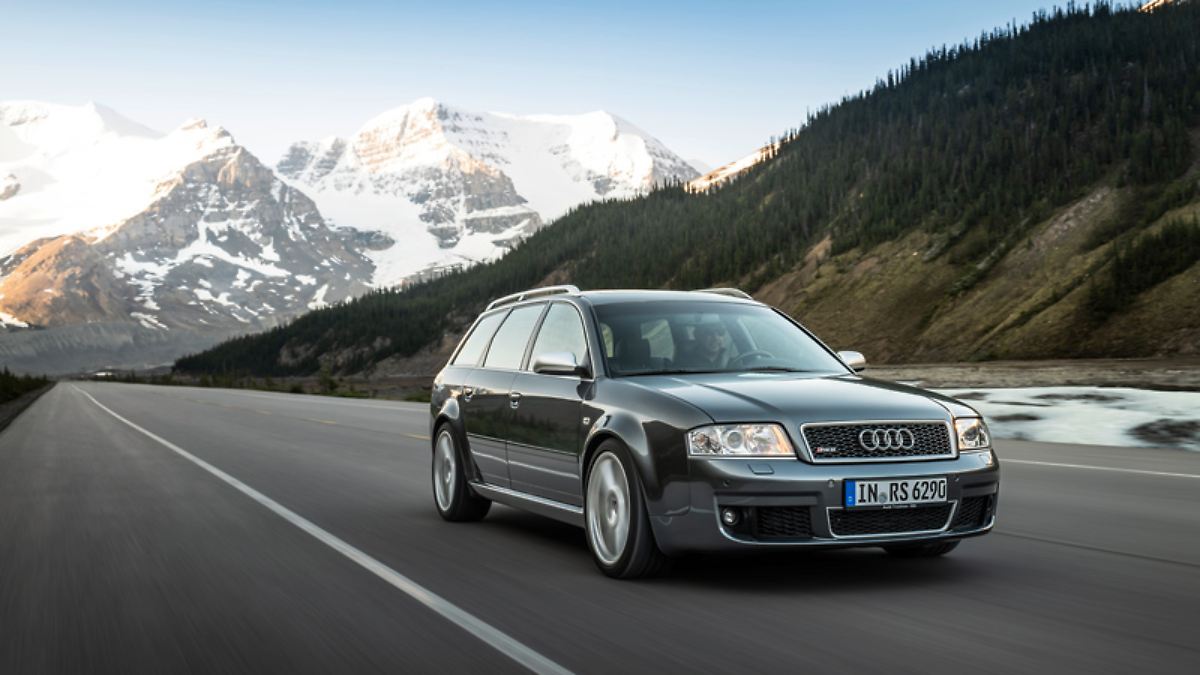 The RS2 and RS4 were a prelude: After Audi warmed up with a small-series sports car, the Ingolstadt company turned a full-fledged station wagon into a sports car for the first time 20 years ago with the RS6 Avant.

When Stephan Reil looks back on his time as head of development at Quattro GmbH, the former subsidiary of Audi’s factory tuners, the RS6 plays a very special role. “It was the right car at the right time. Because apart from the R8 as the first and so far the only stand-alone super sports car from Audi’s former factory tuner subsidiary, no other car was as unusual and surprising to him as the first large high-performance station wagon that hit the market in the summer of 2002.

Audi has already built two extremely sporty station wagons for the RS2, which was built in small series at Porsche, and its successor, the RS4, Heil recalls. But they were all based on the Audi 80 or A4 in the lower middle class.

He stands there, broad and snarling

The result of their work is an experience that has lost none of its fascination to this day: The first RS6 from the A6 generation, known internally as the C5, is still wide and provocative even as a youngtimer, and its 4.2-liter V8 engine growls. it’s confidence based on 331 kW/450 hp. That’s 81 kW/110 hp more than in the series and the same as the TT-R with which Laurent Aïello won the DTM the same year.

The then-typical red lighting of the instruments lights up, the analog needles twitch above the scale and the RS6 greedily stomps its hooves. Automatic in D, foot on the gas – and before the navigation builds its pixelated map on a screen barely the size of the palm of your hand, the Elder Sportsman shoots off into the horizon. Audi owes the sprint value of 4.7 seconds to a maximum of 560 Nm and mandatory all-wheel drive.

Unlike all before him

Although different from all the Avants before it, the RS6’s success is not lacking. This is easily measured in numbers. Instead of the originally planned 999 examples, the Bavarians built a proud 8,000 RS6 Avants in the short time until 2004, says Reil. For a price that was just under €90,000 to begin with, it’s probably not a bad deal.

It is no wonder that the express carrier was not a lightning bolt in the head and that Quattro GmbH went one step further in the next generation. Since the base model was already a V10 back then, the S6 was equipped with a twin turbo, which Reil still doesn’t quite know how it was placed in the engine bay. But the effort was worth it: 5.0 liters of displacement make the ten-cylinder V10 the biggest RS engine ever, and its 426 kW/580 hp even surpassed the output of the R8 at the time.

Because it couldn’t always go that way, two years and 4,000 cars later, Reil and his colleagues changed the successor strategy to “less is more”. Now the V8 has to suffice again, which is also weaker than its predecessor with an output of 412 kW/560 hp.

“But it was also a few hundred lighter,” argues Reil, pulling out a performance sheet: It doesn’t matter if it’s acceleration or top speed – the new one was significantly better in each discipline – and 30 percent more fuel efficient. in addition. Although the number three RS6 was heavily criticized at first, it became a generational bestseller and was produced for a full five years.

Prices are rising to unprecedented heights

When the new A6 arrived in 2018, Quattro GmbH didn’t wait long to add the fourth and youngest RS6 in 2019. It even sheds all the stops when it comes to design, offering more width and looks than ever before, and comes with a new evolutionary phase of the V8 engine. The base model already gets 441 kW/600 hp from a displacement of four liters and the RS6 plus has not even introduced that yet. However, the price has now reached previously unimagined heights and starts at around 165,000 euros.

With four generations and a total of more than 20,000 sales, including in countries like the USA, which are less interested in station wagons, the RS6 Avant is not only an important pillar in the portfolio of Quattro GmbH, which has since been renamed Audi Sport. But it also left its mark on the entire segment, says classic car expert Frank Wilke of Classic Analytics: “While the BMW M5 has always been considered the ultimate business express, drivers and representatives often in a hurry suddenly had a sedan to choose from. with a kidney bag and a combi with rings.’

Is the RS6 Avant headed for an electric future?

The signs now point to electrification at Audi Sport as well, so the current RS6 Avant is likely to be the last of its kind. But you definitely want to stick to the concept, sports director Sebastian Grams promises – and in the future there might even be a two-track.

Because while Audi is again developing a new A6 for the old world, which could become a green RS6 with a particularly powerful hybrid drive, the Bavarians are also building an electric A6 for the new world on their so-called PPE platform, and they have already promised a station wagon. It wouldn’t be funny if the RS model couldn’t be derived from it as well.