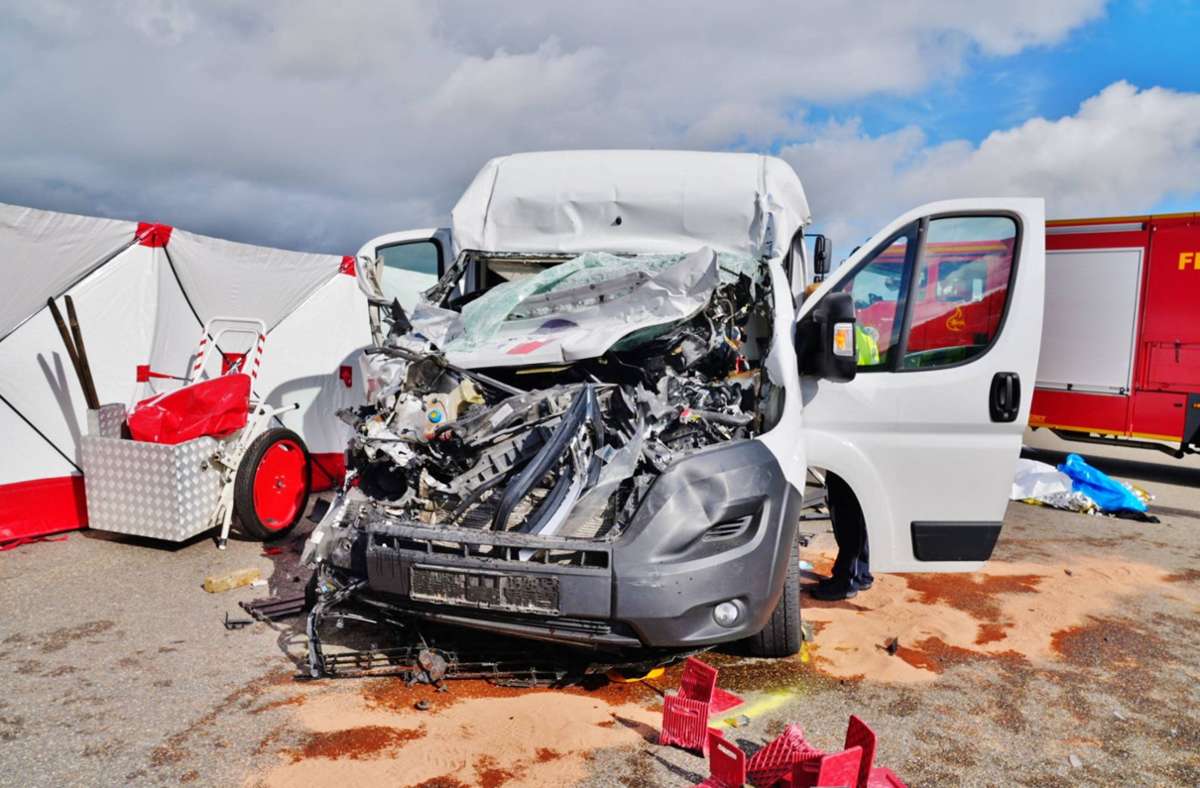 On Monday, a 65-year-old man drove a small truck into a traffic jam on the A8 near Merklingen. The vehicle collides with a semi-trailer – with fatal consequences.

Fatal accident on the A8: While a 65-year-old man was driving his small truck on the motorway towards Stuttgart on Monday afternoon, he found himself in a traffic jam around 2.30 p.m. near Merklingen (Alb-Donau- Kreis) near the Widderstall car park. That’s what the police say.

The man crashed his Fiat into a trailer truck. The 65-year-old man, who according to the first findings of the police was not wearing a seat belt, succumbed to his serious injuries at the scene of the accident. The 48-year-old driver of the truck suffered a shock and was taken care of by pastors.

Police kept traffic in one lane for about two hours while they investigated the accident. The exact course of the accident is now the subject of an investigation. The material damage is estimated by the authorities at 60,000 euros.