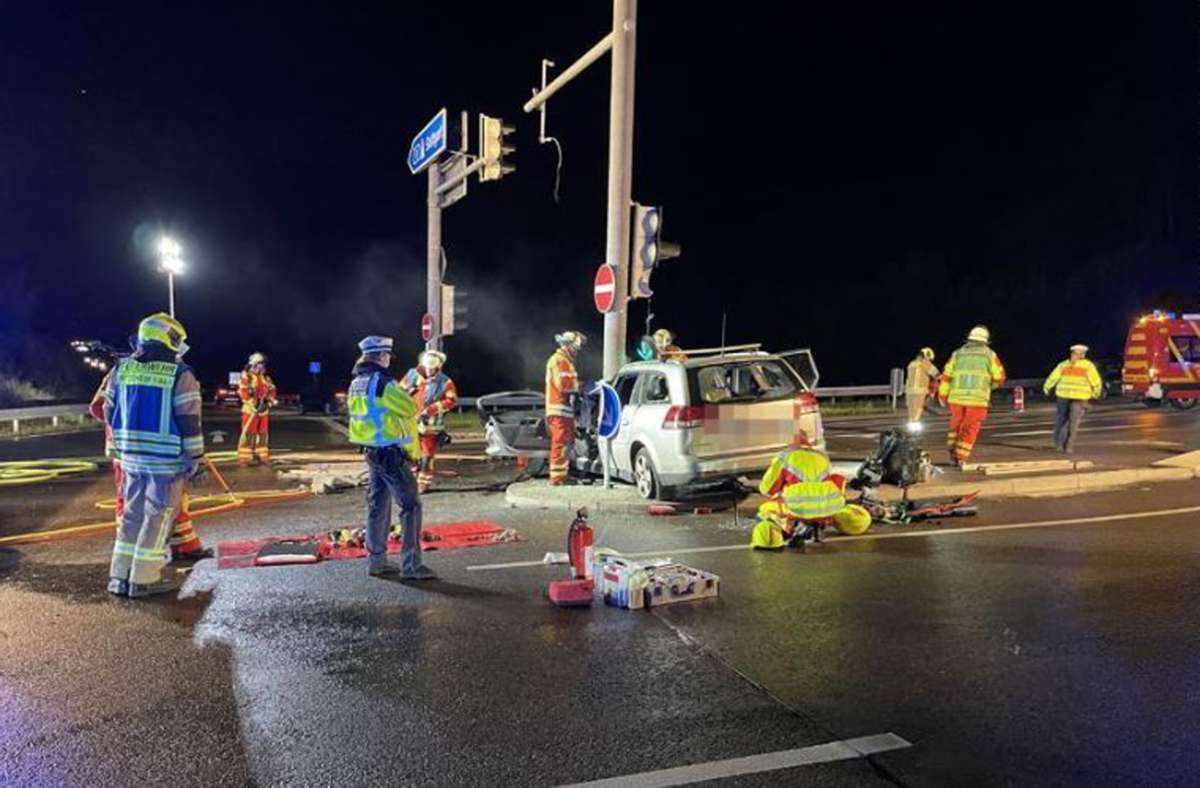 After a serious accident on Monday evening in Leonberg, the 27-year-old driver of an Opel died in hospital.

The 27-year-old driver, who died Monday in a serious accident on Federal Highway 295 near Leonberg, succumbed to his injuries on Wednesday. This was announced on Friday by the Stuttgart public prosecutor’s office and the Ludwigsburg police headquarters.

The young man was driving his Opel near the Leonberg-West junction on Monday evening around 8:40 p.m. and was driving in the left lane of the federal road coming from Renningen in the direction of Leonberg. The 27-year-old lost control of his car, veered off the road and crashed into a red light. We still don’t know why he left the road.

The driver was stuck in the car for an hour

The vehicle caught fire following the accident. The fire was quickly extinguished by first responders who rushed to help. The trapped 27-year-old could not be freed from the vehicle until an hour later by volunteer firefighters from Renningen and Leonberg. He was eventually taken to hospital by rescue helicopter, where he died on Wednesday despite the medical treatment he had received.