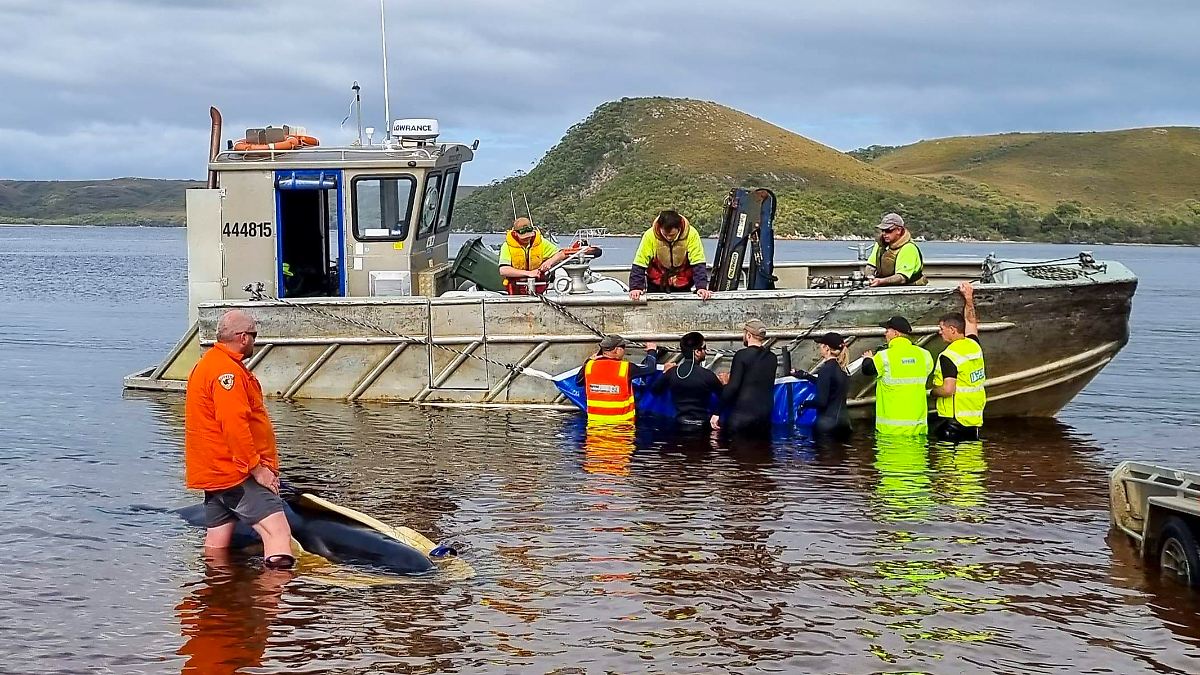 After the mass stranding of about 230 whales on the Tasmanian coast, only a few large marine mammals survived. We know from experience that the decomposition process on land takes a long time – and then there’s the stench. Now the dead bodies are to be disposed of in the open sea.

After about 200 pilot whales died on a beach in Tasmania, most of the animals’ carcasses are to be taken to the open sea. Australia’s ABC television station quoted a spokesman for the authorities as saying the process of decomposition of the giant marine mammals on land is too slow. Exactly two years ago, when hundreds of whales were stranded in the same bay on the west coast, the rescue service left most of the dead animals on the beach.

At the time, authorities were hoping for natural decay, “but that hasn’t happened in a satisfactory time frame,” said Brendon Clark of the Tasmanian Parks and Conservation Authority. The result: A terrible stench emanated from Ocean Beach at the time.

About 230 pilot whales (also known as pilot whales) became stranded in remote Macquarie Bay on Wednesday. According to eyewitnesses, half of them were still alive. On Thursday morning, this was true for only a few dozen animals. Helpers managed to bring 32 peaceful giants – some weighing two and a half tons – into the deep water with heavy equipment and boats. More than 200 dead marine mammals remain on the beach and are now to be taken to the ocean.

To the transition to the deep sea

So that the dead bodies are not later washed ashore again, they are to be taken to the edge of the continental shelf, which forms the transition to the deep sea. It is about 40 kilometers from the coast. The animals were pulled into the ocean using lines attached to ships, it said.

Two of the originally rescued whales have now also died after ten animals returned to shore – a characteristic of pilot whales that makes rescuing stranded animals a major challenge. Marine mammals form extremely close bonds with each other within their group. After a mass stranding, surviving specimens often attempt to swim back to their friends and family.