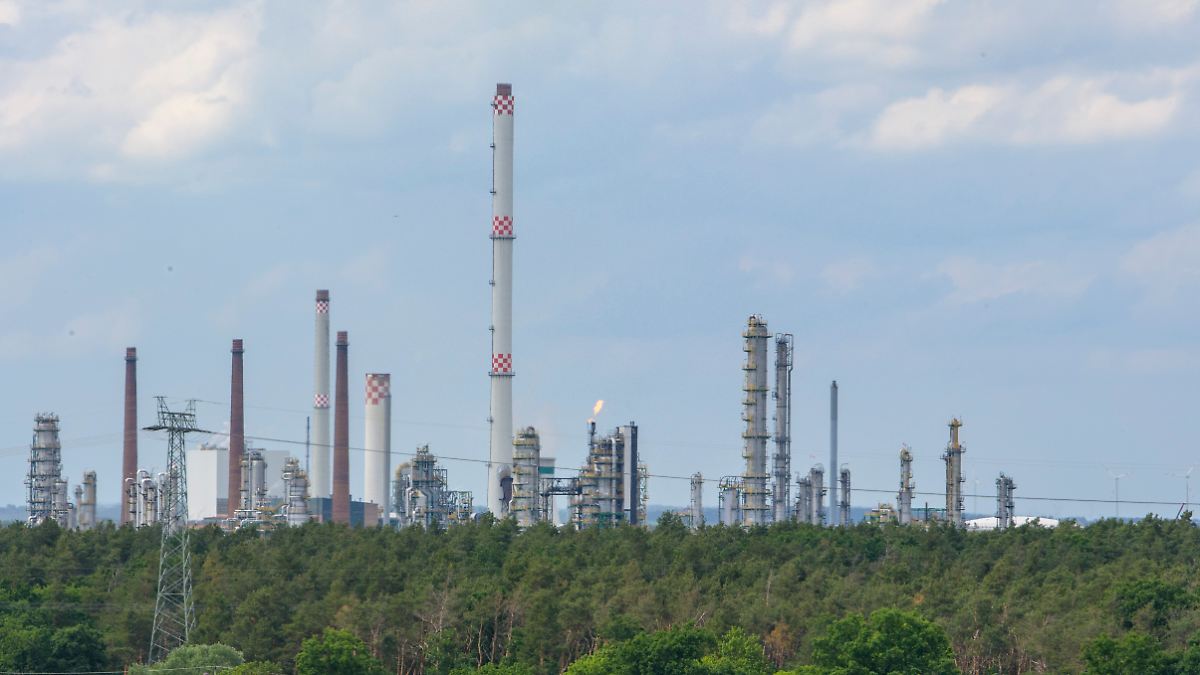 ​Germany no longer wants to process Russian oil from the end of the year – and therefore needs an alternative to oil from Rosneft. May come from Poland. However, Warsaw makes his help conditional on the change of owner in Schwedt.

Poland is putting pressure on Germany at the East German Schwedt refinery and is proposing the expropriation of Russian owner Rosneft. Poland is ready to support Schwedt in oil supplies, the climate ministry said in Warsaw. However, the assumption is that Rosneft no longer holds any shares in the refinery. Despite the trusteeship set up by Germany, Rosneft is still the owner.

“PCK Raffinerie Schwedt is not yet in the hands of the state. The Ministry of Economy in Berlin then announced that Poland welcomed the administrator’s decision. The negotiations with Poland and the exchange on the pipeline network and oil supplies are constructive. Rosneft holds a good 54 percent of the shares, Shell is the second largest owner with a good 37 percent. From the end of the year, Germany no longer wants to use Russian oil, which is Rosneft’s business model in Schwedt.

The fuel comes directly from Russia via the Druzhba pipeline. Therefore, Rosneft-Německo was put into administration and the management was changed. In order to make sufficient use of the Schwedt refinery without Rosneft oil, supplies are now dependent on the Polish port of Gdańsk and the pipeline system there. With the transport of tankers to the port of Rostock and the pipeline from there to Schwedt, only about 60 percent of the capacity can be ensured. However, at least 75 percent is considered necessary.

The background to the Polish pressure could be that the oil company Orlen, according to German government circles as well as Polish insiders, is interested in a majority stake and thus control over Schwedt. In the first step, Rosneft would then have to give up its 54 percent stake, for example through expropriation by the German state. Rosneft has already protested against the management of the trust fund and is considering legal action. The federal government has confirmed that talks have taken place with potential buyers. Among them are also those from Poland, said the government representative. Orlen is the largest Polish oil company, the state is a shareholder.

Shell, the second largest shareholder, has been wanting to withdraw from the refinery for a long time. Verbio and Enertrag, both from the renewable energy sector, have expressed interest. They want to give Schwedt some perspective if he abandons oil for climate protection reasons. Germany’s energy security law would allow Rosneft to be expropriated. However, this step would be another escalation and Germany would have to count on a similar step towards German companies in Russia.

With more than 3,000 direct and indirect employees, the PCK refinery in Schwedt plays a central role in supplying East Germany with gasoline and other refined products. Parts of western Poland are also supplied, as is Berlin-Brandenburg Airport. With the federal government also considering an immediate shutdown of Russian oil supplies after the trust, it has secured the move.

According to her, the warehouses in Schwedt and also in the neighboring Leuna refinery are full. According to government circles, the stock will last up to 14 days. However, Chancellor Olaf Scholz and Economy Minister Robert Habeck also referred to negotiations with Poland and a joint task force to further secure Schwedt.