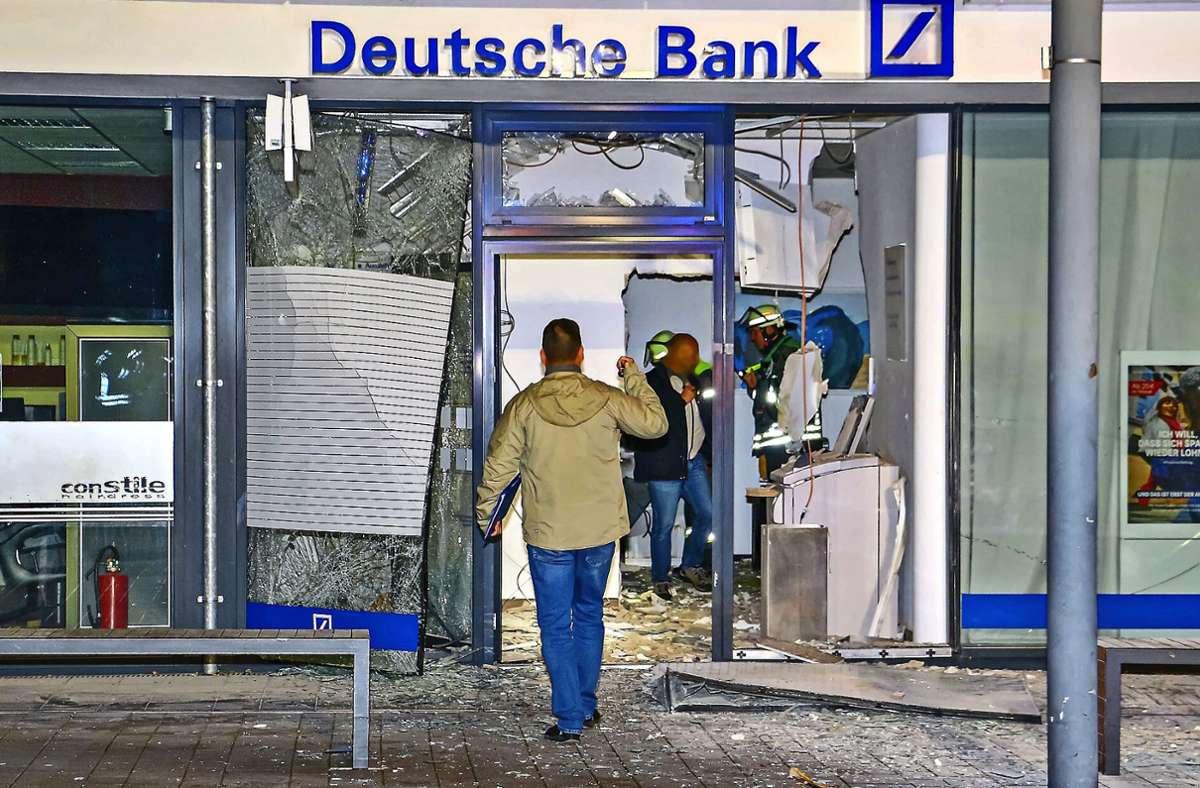 The series of ATM demolitions continues. A bank branch in Gerlingen was hit on Thursday evening.

The string of blown up ATMs in Baden-Württemberg continues. This time, on Thursday evening, a Deutsche Bank ATM was hit in Hauptstrasse in Gerlingen. Several residents were awakened by loud bangs around 2 a.m.

According to witnesses, three people dressed in black left the bank shortly afterwards and fled in a dark station wagon with a very loud engine noise through Leonberger Straße – probably in the direction of the A 81. The vehicle of escape, which would have been parked in the immediate vicinity of the crime scene, could be an Audi with a Karlsruhe registration number (KA-). The police immediately launched a search, and a police helicopter was also deployed, but so far without any results.

The building was damaged by the explosion. The extent of the damage cannot be quantified at this time. It is also not known how much money the perpetrators stole. The judicial police of the Ludwigsburg police headquarters have taken over the investigation and are asking for witnesses on 08 00 / 1 10 02 25.

Only a few days ago, unknown persons blew up the machine in a Sparkasse branch in Sindelfingen, but they could not steal any money. Here, too, the perpetrators allegedly fled in a black Audi station wagon towards the highway. Similar incidents happen again and again. For example, in April in Bondorf, unknown persons targeted the ATMs of the district savings bank.