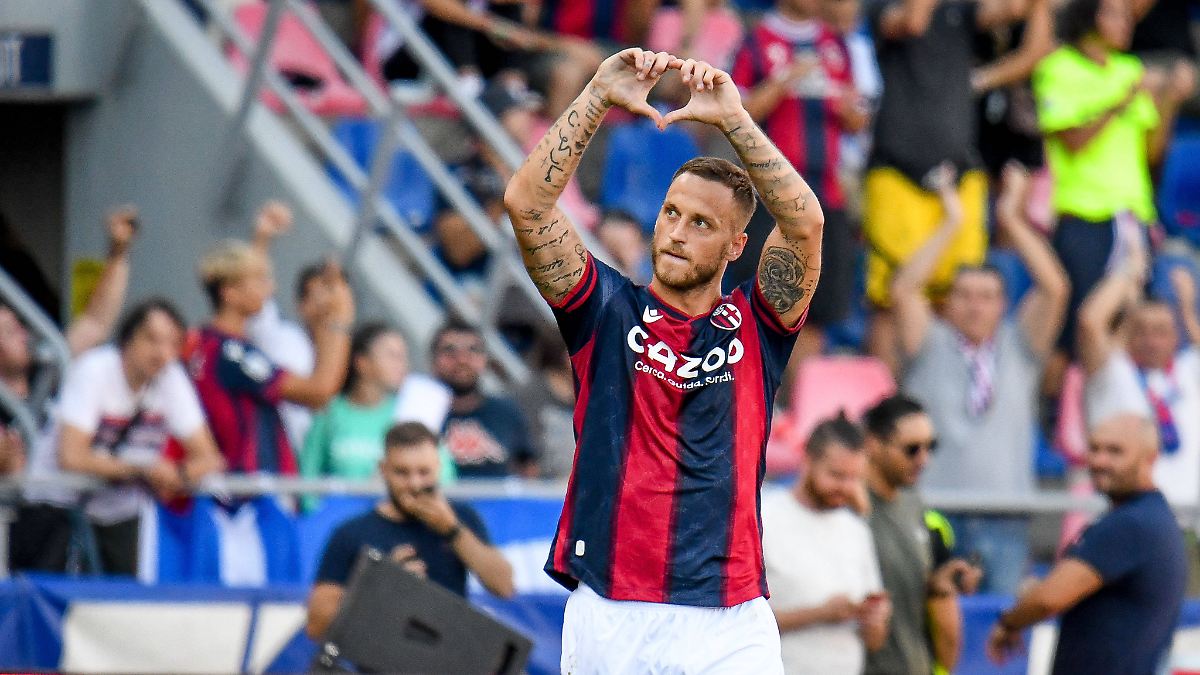 In Werder Bremen, he stirs up the Bundesliga as an eccentric, in the Austrian national team he is fired after a fight. In the meantime, Marko Arnautovic has grown up – and returned a long time ago. The 33-year-old can set a record this week.

Marko Arnautovic is really upset because he is not allowed to take the penalty. After the Austrians lost 2-0 in Turkey in March 2011, the eccentric striker burst into the dressing room and got into a physical altercation with team-mate Stefan Maierhofer. Result: temporary exclusion of the ÖFB team.

Eleven years later, Arnautovic describes this misstep as the weakest point of a career full of escapades and scandals. He just “didn’t think much”. As often. But “thank God they realized they needed me after all,” he says today with a smile.

This Thursday (20:45 / DAZN and on ntv.de live ticker), Arnautovic closes the Nations League match in France with his 103rd appearance for Austria with record national player Andreas Herzog. On Sunday in Vienna against Croatia, the 33-year-old player could even break the historical record. Who would have thought that?

In the volatile career of the striker, who often caused a stir at Werder Bremen between 2010 and 2013, it was not predictable. Arnautović was always considered highly talented, but also temperamental, unpredictable and self-centered. Nicknames like “Astronautovic” or “Null-Bock-Ösi” made this clear.

Before an important appearance in Paris, he emphasized that he has matured – from “a cage kicker and an individual player to a team player. Without a team, I am nothing. I am not the biggest, the best”.

But for his teammates, that’s how it is. Arnautovic is “a player with a difference, there aren’t many like him in the world,” said Union Berlin’s Christopher Trimmel, praising the towering forward in the Standard. For Michael Gregoritsch from Freiburg, he is simply a “super guy”. And Munich’s Marcel Sabitzer added: “Many goals, many assists, one constant, one friend. He brings relaxation to the dressing room.”

Arnautovic, who made his debut in 2008 and has since scored 33 goals, does not want to overstate the fact that he will now become Austria’s record scorer. It’s an “honour” and he’s “proud too”, “but I’m going to play the game as usual, I’m not going to get any superpowers now.” He just plays football “because I love him”.

And that’s pretty good at this point. Arnautovic scored six goals in seven matches this season for FC Bologna. He is the top scorer in Serie A.

In France and then against Croatia, the new Austrian team manager Ralf Rangnick would like the striker to score more goals. For the ÖFB team, which failed to qualify for the World Cup in Qatar, Group 1 of Pool A is all about survival. Surprisingly, the Austrians are still leading the world champion (2) with four points. France have “an excellent team, maybe the best in the world,” Arnautovic said. It will be hard: “But no one is invincible. We don’t have to hide.” Definitely not Arnautovic.