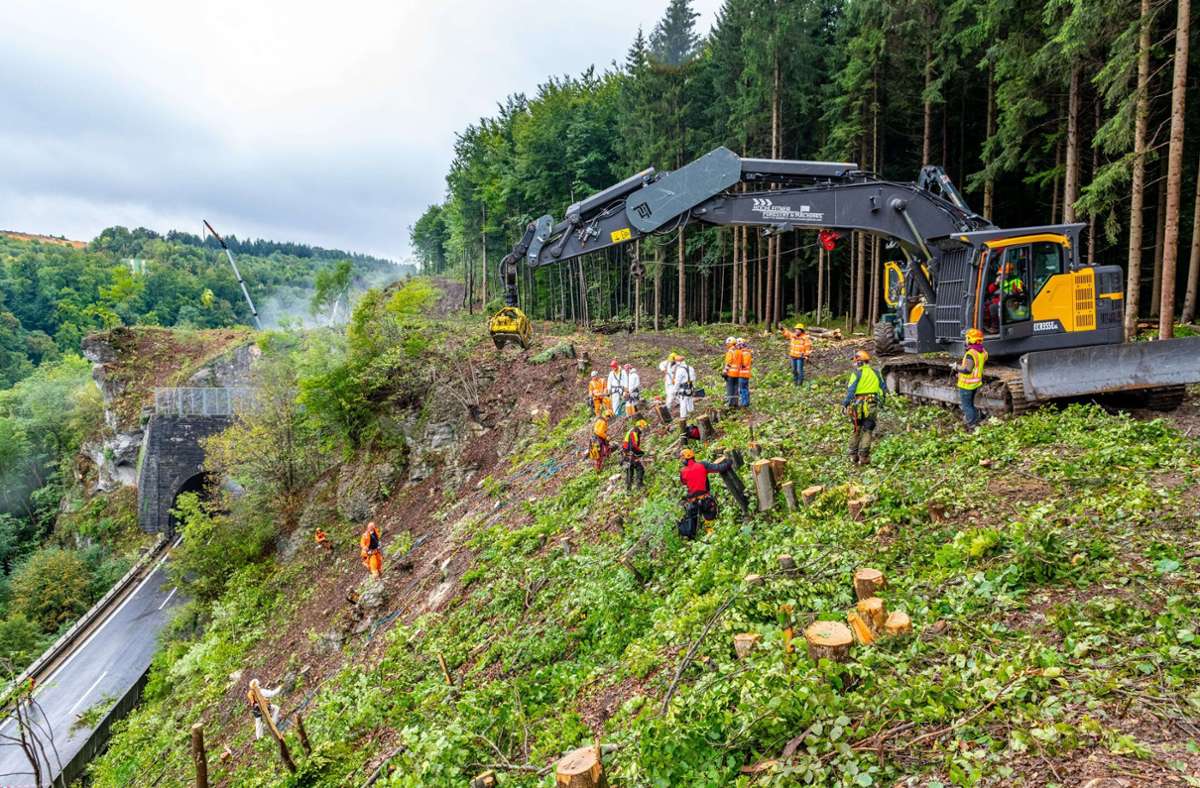 The A 8 in the direction of Stuttgart remained closed on Saturday and Sunday on the Albabstieg because trees were felled. We were there – and found out why this job is so complicated and what’s next on the highway.

The weekend on the A 8 we could dream a little that we had found ourselves at Hogwarts, in the magical world of Harry Potter. Because instead of cars, mobile homes and trucks driving down the Alb on the highway, trees were flying through the air. And not like a storm in which the trees fall and maybe fly everywhere, no, on the A 8 the trees rise straight into the air. Only the loud noises of the many chainsaws revealed that you are not in a magical world. The reason for the unusual scenes was the felling of trees on the Albabstieg, i.e. in the area of ​​Autobahn 8 in the direction of Stuttgart, where there is a 380 meter drop.