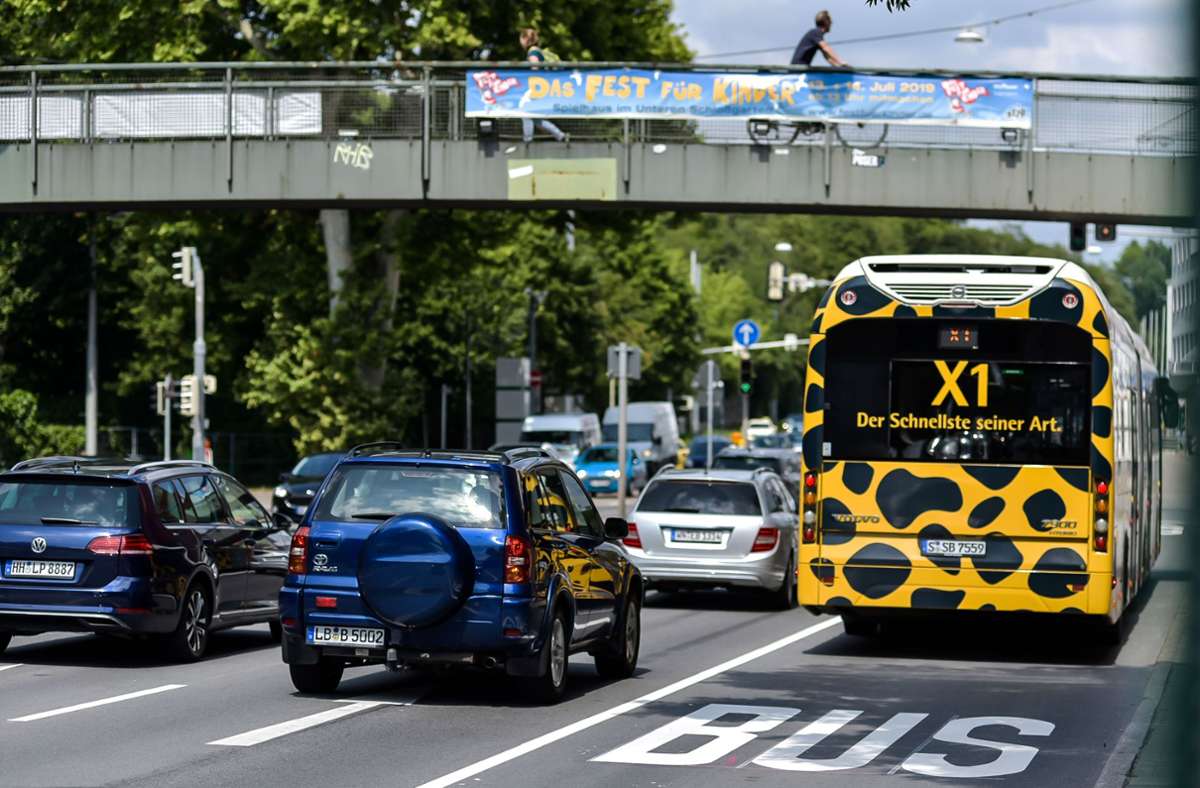 One of the main roads in and out of the state capital is affected by construction works. Bus line X 1 will be removed in December.

Motorists in Stuttgart are threatened by the next big and long construction site. On Cannstatter Strasse, the city center’s B 14, only two of the three lanes in each direction will remain for years to come, and the lane for the X 1 express bus line will be removed.

The X-1 vehicles (spotted bus slogan: “The fastest of its kind”) were to remain at the Stuttgart tram depot (SSB) from autumn; the SSB Supervisory Board approved this plan in March. The X-1 line was introduced to relieve city railways on the valley lines, and with its split track that can be used in alternate directions, it is a measure of the city’s sanitation plan. ‘air. However, the line was never in high demand, which is why the cycle was extended between the two. The reason for the suspension, which according to the SSB will take place during the timetable change on the second weekend of December (December 9), is the construction of two new sewers under Cannstatter Straße.

New channel “as soon as possible”

However, the planning of the civil engineering office and the municipal tube sanitation company is progressing more slowly than expected. The existing channel under the tracks of the B 14 in the direction of the city is so old that truck traffic is only allowed to use the right lane. One wanted to “start with the replacement channel as soon as possible,” department head Jürgen Mutz said a year ago, explaining the urgency. The old canal with a width of 7.6 meters and a height of three to five meters is only 60 years old. A large part of the waste water from the western, northern, central, southern districts and parts of Vaihingen and Degerloch accumulates here.

According to current planning, the two new tubes, which are to be concreted underground, would each be 3.4 to 4.5 meters wide and 3.5 meters high. Since the old sewer is to be renovated after the new one is commissioned, the capacity would increase from 130 to 160 cubic meters of sewage per second. The new canals, each about 950 meters long, are expected to last 100 years.

Planning proved more difficult than expected and various boundary conditions had to be considered, according to a request from the town hall. This also includes construction under traffic. It is clear that the preparatory work will now take place in 2023 at the earliest. It is also clear that there will be traffic disruptions during the construction period. We assume “at least two lanes in each direction of traffic”. Until now, there have been three lanes in each direction for the approximately 60,000 to 70,000 vehicles that use Cannstatter Strasse on weekdays.