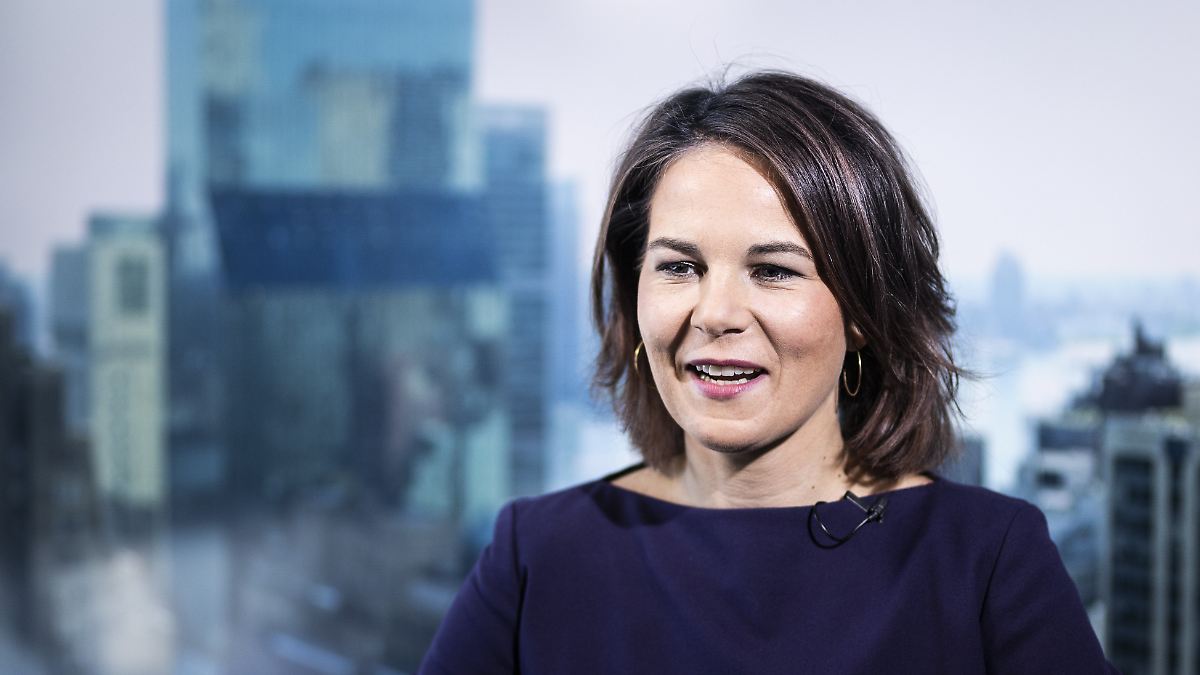 Foreign Minister Annalena Baerbock defends the rapid delivery of Western weapons systems on Markus Lanz’s ZDF talk show. Even if it sees the partial Russian mobilization as an act of desperation, the West should not underestimate Putin’s “war on fear”.

Partial mobilization in Russia, the announcement of a “referendum” in the occupied territories: Federal Foreign Minister Annalena Baerbock commented on this on the ZDF talk show “Markus Lanz” on Wednesday evening. The partial mobilization shows how desperate Russian President Putin is, said the foreign minister, who is in New York with Chancellor Scholz for the UN General Assembly.

Putin underestimated the Ukrainian military’s will to defend itself and international unity. “Now he’s taking on another weapon of war, and we shouldn’t underestimate that. He’s not just waging a war with tanks. He’s using nuclear power plants as a bargaining chip, and now he wants to wage a war on fear.” Putin wants to scare people in the West, for example, with threats in connection with “referenda”.

People in the Russian-occupied regions of Ukraine are to vote in referendums on their integration into Russia in the coming days. Ukraine talks about blackmail, Chancellor Olaf Scholz about “fake referendums” that violate international law. In 2014, Russia already annexed the Ukrainian Black Sea peninsula of Crimea in this way.

The “referendums” in four Ukrainian regions are seen as a reaction to the Ukrainian counter-offensive in the east of the country. They should bring about the result that the separatists want: the annexation of the territory to Russia. Accordingly, Putin could understand attempts to liberate Ukraine as an attack on Russian territory. In this case, the head of the Kremlin again threatened to use nuclear weapons in a televised speech.

“Only Putin knows what Putin wants”

“Putin’s blackmail attempts are not working,” the foreign minister told Lanza. If one were to accept that people would participate in a “referendum” with a gun in hand, it would be clear that something similar would happen in other areas. “It would be an invitation to further violations of international law,” Baerbock said. “That’s why it’s important that we stand united against this.”

Baerbock does not want to comment on Putin’s threat to use nuclear weapons. That would be “reading the coffee grounds”. He says, “Only Putin knows what Putin wants.” But one thing is clear: Putin does not want the guns to be silent. The international community spoke out against the use of nuclear weapons at the August Conference on Disarmament. Only Russia blocked it. “No one at the UN has forgotten that.

The world community will not look away. “We stand with the land that was invaded here. Now it is important that as many people as possible are freed before winter. This is why Germany must move forward with tank deliveries, Baerbock said.

It is important that the exchange of rings with Slovenia gets underway. Weapons of Soviet design could be delivered from there. Furthermore, it is clear that state-of-the-art Western systems are critical and therefore necessary to save human lives. They should be delivered quickly. “But it’s also clear that we can only take these steps together,” Baerbock said.