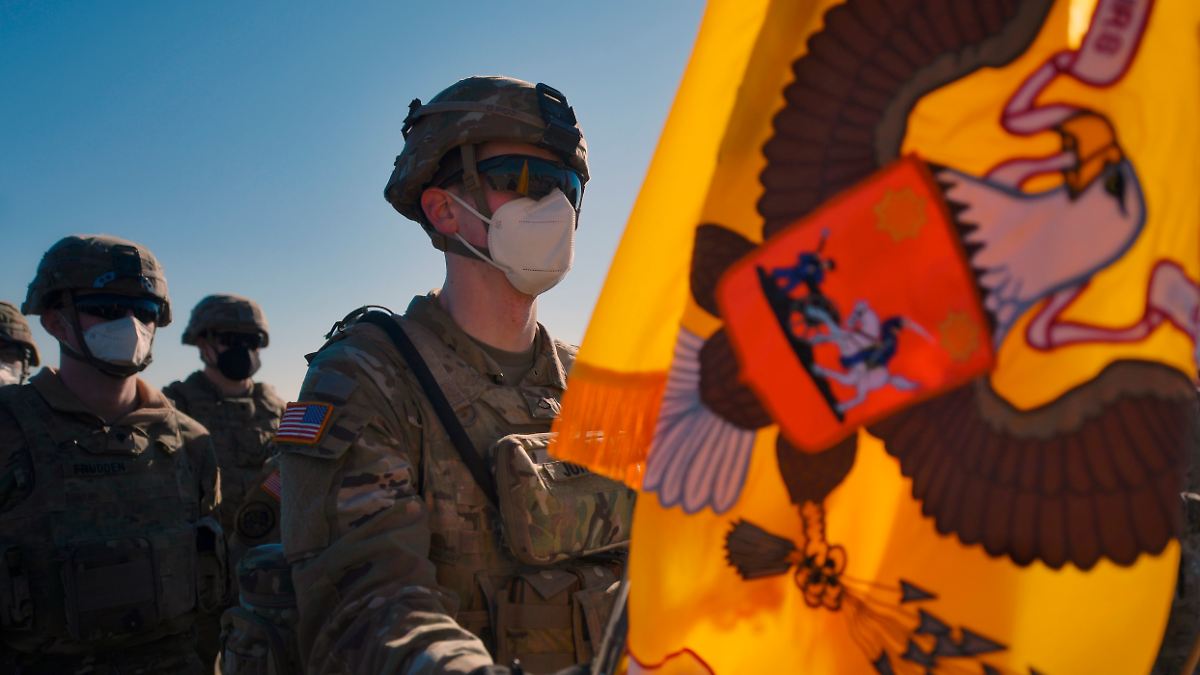 Russian President Putin wants to respond to NATO’s alleged aggression by deploying troops on the border with Ukraine. What was once a Kremlin fiction is now becoming reality: the alliance is preparing to deploy troops to Bulgaria and Romania for the first time.

Due to the deployment of Russian troops on the border with Ukraine, NATO began to expand its presence in the eastern region of the alliance. This week, 30 member states accepted the corresponding army proposal in a written decision-making process. In particular, the plans aim to deploy multinational combat troops in NATO countries such as Romania, located southwest of Ukraine, to deter Russia. So-called combat groups have so far only existed in the Baltic states of Estonia, Lithuania and Latvia, as well as in Poland.

The allies’ decision is due to be reaffirmed next Wednesday at a meeting of defense ministers. After that, an official announcement will be made. Implementation of the plans could begin already this spring. NATO Secretary General Jens Stoltenberg described the situation in grim words during a visit to an air base in Romania. “The danger of a new armed conflict in Europe is real,” he said, referring to more than 100,000 Russian troops on the border with Ukraine.

Shortly before, US President Joe Biden called on US citizens in Ukraine to leave the country. If there was a Russian invasion of Ukraine, an evacuation operation with the help of American troops would be unthinkable, Biden said in an interview with NBC television. “It’s a world war if the Americans and the Russians start shooting at each other.”

Now it is eagerly awaited how Russia will react to NATO’s decision. Critics fear that sending more allied troops to the east could lead to further escalation of the current conflict. This is also supported by the fact that the government in Moscow only submitted proposals for new security agreements to NATO in December, which aim, among other things, for NATO to drastically limit its activities in Eastern Europe.

On the other hand, Moscow may consider it a success that multinational forces are unlikely to be deployed in all relevant NATO countries. Hungary, which directly borders Ukraine, publicly announced on Wednesday that it does not consider it necessary to move NATO troops to its territory. Shortly before, Hungarian Prime Minister Viktor Orbán was a guest of Russian President Vladimir Putin. Unlike most other NATO heads of state and government, the right-wing politician maintains a friendly relationship with Russia and Putin.

In addition to Romania, Slovakia and Bulgaria are also to provide locations for multinational NATO units. France and the US are seen as two safe sources of troops for the new initiative. French President Emmanuel Macron already announced in January that his country would take responsibility and lead a battle group in Romania in the event of NATO’s decision to that effect. The US is already relocating around 1,000 soldiers from Germany to Romania. Stoltenberg said a number of allies had recently signaled their willingness to participate in the battle group in Romania or elsewhere. He expects a final decision in the spring.

NATO member Spain has moved four fighter jets to Bulgaria. The Spanish Air Force has announced that 130 soldiers have already arrived at Graf Ignatievo Air Base in Bulgaria, which is a member of NATO, in recent days as ground personnel. Until the end of March, the Eurofighter planes will be used mainly to increase the surveillance of the airspace over the Black Sea and to intercept Russian planes, the newspaper La Vanguardia reported. After that, four fighters will be transferred to the Baltic states. Bulgaria’s support from other NATO member states is essential because the former Eastern Bloc country has been a member of the alliance since late 2004, but is still equipped with Soviet-built MIG-29 fighter jets.

In addition to expanding its presence in the Eastern Alliance region, NATO also wants to review and, if necessary, adjust its position in other parts of Europe in light of tensions with Russia. According to information from the DPA agency, the proposal of the army was also accepted in this sense. In NATO circles, it is emphasized that the expansion of the presence of troops on the eastern flank occurs only as a reaction to Russia’s behavior. Evidence of this is the fact that no multinational troops were stationed in Eastern Europe until Russia annexed the Crimean peninsula from Ukraine.

The current decisions are now a reaction to the fact that Russia has been massaging an unusually large number of troops on the border with Ukraine for weeks. The West fears that the Kremlin is considering an invasion of a neighboring country and that the conflict could spread to NATO countries. However, it is also considered possible that they are merely raising concerns to force NATO countries to make concessions on demands for new security guarantees. Russia denies plans to attack.