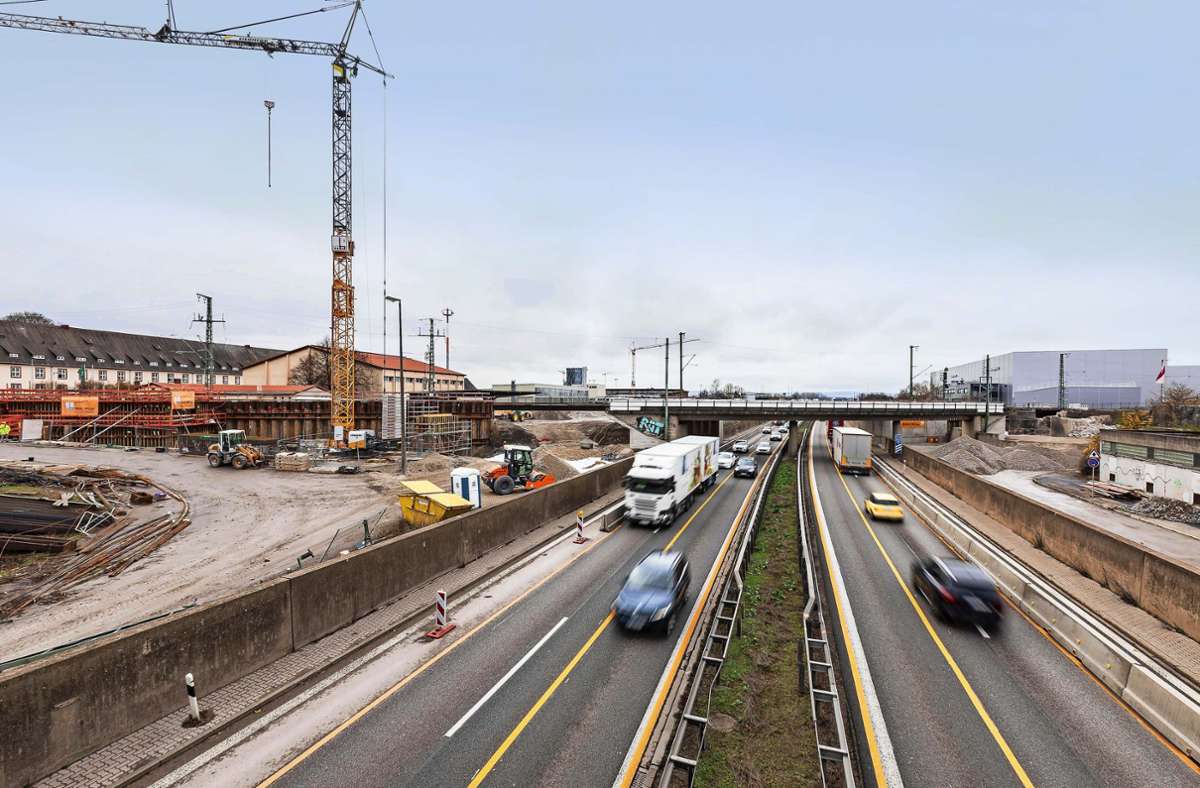 The A 81 must be completely closed from Friday evening to Sunday morning for the dismantling of the shoring and formwork of the new railway bridge between Böblingen and Sindelfingen. Rail traffic remains unchanged.

Driving to Böblingen or Sindelfingen on Saturday? Not such a good idea. The new railway bridge of the Rankbachbahn between Böblingen and Sindelfingen has been concreted, now the shoring and the covering of the structure must be dismantled. Deutsche Bahn reports that this is only possible if the highway is completely blocked. Here are the answers to the most important questions about blocking.

When will it be blocked? Next Friday evening, September 23, at 10 p.m., the workers will close the lanes to traffic. If all goes as planned, they will lift the lockdown again at 9:00 a.m. on Sunday, September 25.

How does the redirect work? Planners route traffic from the direction of Singen via the Böblingen/Sindelfingen exit towards Böblingen and the Mercaden roundabout into Talstrasse, Sindelfinger Strasse and along the former Smart area towards Goldberg S-Bahn station. From there you can reach the highway via the new Querspange-Ost. Coming from Stuttgart, this detour is indicated in the opposite direction. If you want to take the A8 towards Karlsruhe from the south, you must first change to the B 464 towards Renningen at the Böblingen-Hulb exit to avoid the Stuttgart junction.

What is the reason for the ban? The triggers are the construction measures of Deutsche Bahn. This weekend, the construction of the new railway bridge between Böblingen and Sindelfingen will enter its next phase. The new 110 meter long bridge structure for the Rankbachbahn has been concreted. Now the shoring and the formwork are dismantled. This was erected with a raised construction so that trucks can still drive under it on the highway, explains the responsible DB project manager Thomas Galfe. For the dismantling of the scaffolding, traffic must be diverted at short notice. In a later step, the new bridge is then lowered one centimeter at a time until it has reached its final position. This so-called unstacking is then carried out above the current motorway traffic.

Why was a new bridge needed? In future, the railway will have to cross a much wider A 81. The old bridge was spectacularly demolished in April this year. Since October 2021, rail traffic has therefore been running over Deutsche Bahn’s largest temporary bridge, which was installed next to the old bridge in April last year. The new rail bridge is expected to open to rail traffic in April next year, two years later. At the start of construction work, Deutsche Bahn estimated the cost of the new building at 24 million euros.

Where is the extension of the A 81 at the moment? The future six lanes will require much more space in width. Before the highway can be widened and covered with cover, the bridges and underpasses must first be rebuilt and widened. The first part of the Calwer Strasse bridge between Böblingen and Dagersheim has already been demolished. Since then, traffic has been single lane in both directions on the old part of the bridge. The first part of the new highway bridge is expected to be completed by the end of this year, project spokeswoman Pia Verheyen said.

At the same time, preliminary work for the makeshift lanes is currently underway on the Böblingen side of the A 81. At the end of October or the beginning of November, traffic in the direction of Stuttgart must then be diverted onto this so that the actual work on widened highway can begin.

When is the next lockdown scheduled? As soon as the first section of the new bridge towards Dagersheim is finished, the second section of the old bridge will have to be demolished. This should be the case early next year.

Extension of the A 81
In the course of widening and covering the highway, it is to be closed to traffic again and again, the upcoming closure is the fourth in a year.

Twelve buildings
need to be rebuilt for the widened highway, including five bridges.

Costs
In total, the estimated costs of the entire project amount to 360 million euros (from 2021).