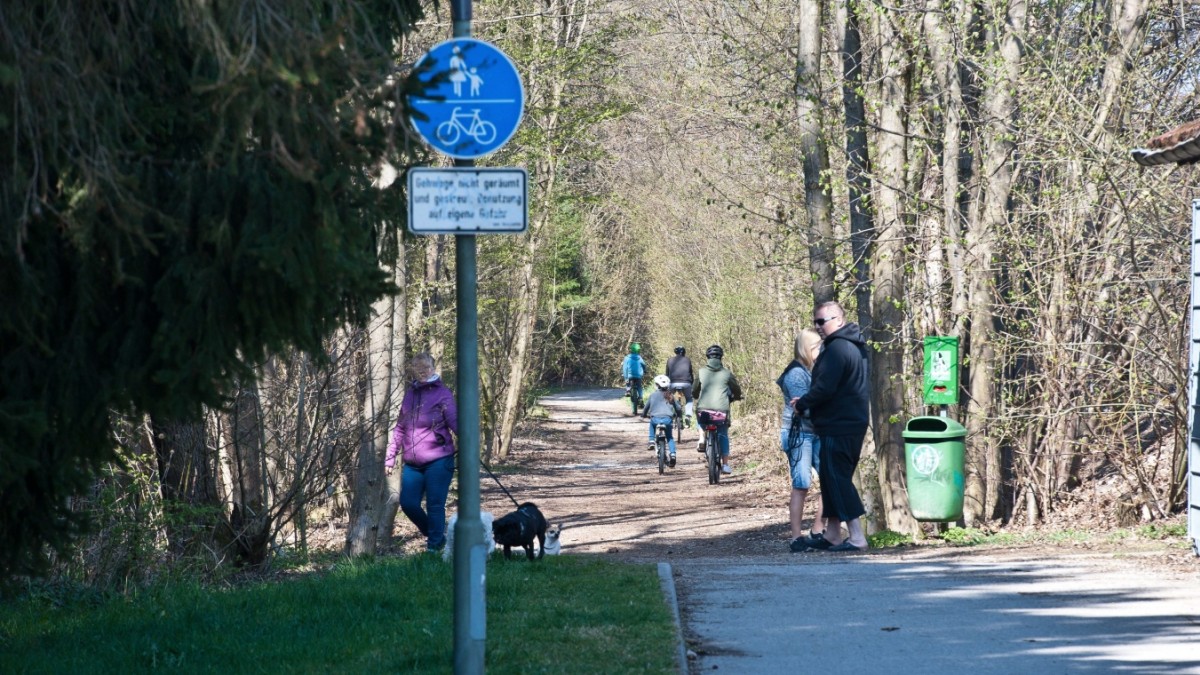 A large community is continuing its efforts to create a bike path along the railway, despite considerable misgivings from politicians. On Tuesday, the responsible committee of the city council decided to award planning services for the approximately three kilometer section at a cost of €170,000. Construction costs are likely to be several times that amount, with an estimate this spring of around 3.5 million euros.

The upgrade of the railway’s southern track is part of a project involving municipalities and counties called the Fast Cycle Track. The idea is to expand the existing routes between the state capital and the regions, after the construction of high-speed bike lanes between Munich and the surrounding areas does not make real progress. Last year, several local branches of the Greens in eastern Munich came forward with this proposal. Like its neighbors in Haar, Waterstetten has also conducted an investigation into whether and how an undeveloped railway service road could be upgraded into a cycle track.

A feasibility study submitted by the Wipfler Plan office in May showed it could work. That it will also be difficult and expensive. As the current gravel road not only has to be paved, but also widened, there must also be lighting and a bridge built over the Möschenfelder Straße; according to planners, it only accounts for a good third of the total cost. However, only 20 per cent of this is to be provided by the municipality itself, the majority to come from the Free State support programme.

Even then, the commission had some reservations and doubts about the project. There was concern from SPD that the road would no longer be usable by pedestrians after the widening. In addition, it was criticized that the new, improved cycleway would not greatly benefit the community’s cyclists as it had too few connections to residential areas. For those traveling to and from Munich, the extension of the cycle lanes on the B 304 is, however, considered more sensible.

SPD parliamentary group leader Josef Mittermeier has now echoed this criticism, saying the B 304 is considered far more suitable as a route. He also suggested checking whether the path along the route should be lined. On the other hand, David Goeller (Greens) was openly in favor of extending the railway line. This is “where the people live”, unlike the main road in the suburbs.

Several speakers once again warned to pay attention to pedestrians. He is often on the road by himself, said Günter Lenz (SPD) “there is always something going on”. Albert Wirth (CSU) made a similar statement. “The road is very busy, it is important not to forget the pedestrians.” The trail is also very popular with dog walkers. In his impression, according to Klaus Willenberg (FDP), the path is currently used more by pedestrians than by cyclists.

Despite the concerns, his parliamentary group will vote in favor of the projects to be granted, Mittermeier said, and Mayor Leonhard Spitzauer (CSU) also backed this. Once decided, they will discuss with planners how the community plans to expand the road in concrete terms.

Whether this expansion is possible at all ultimately depends on Deutsche Bahn, which owns the road. Asked by Goeller if there had already been talks between the railway company and the municipality, Brigitte Litke, head of the construction authority, explained that it can only be done when there is a completed plan for the road, which is why this is important. But also because of funding. “It would be a shame to leave the pot open,” says the building manager. In the end, most of the committee members agreed and agreed to the award.

With one exception, the clear rejection and ultimately the only vote against came from the third mayor, Roland Mayer (FW). The topic was discussed a lot in the parliamentary group and decided against, because it was at the expense of more important cycling projects.