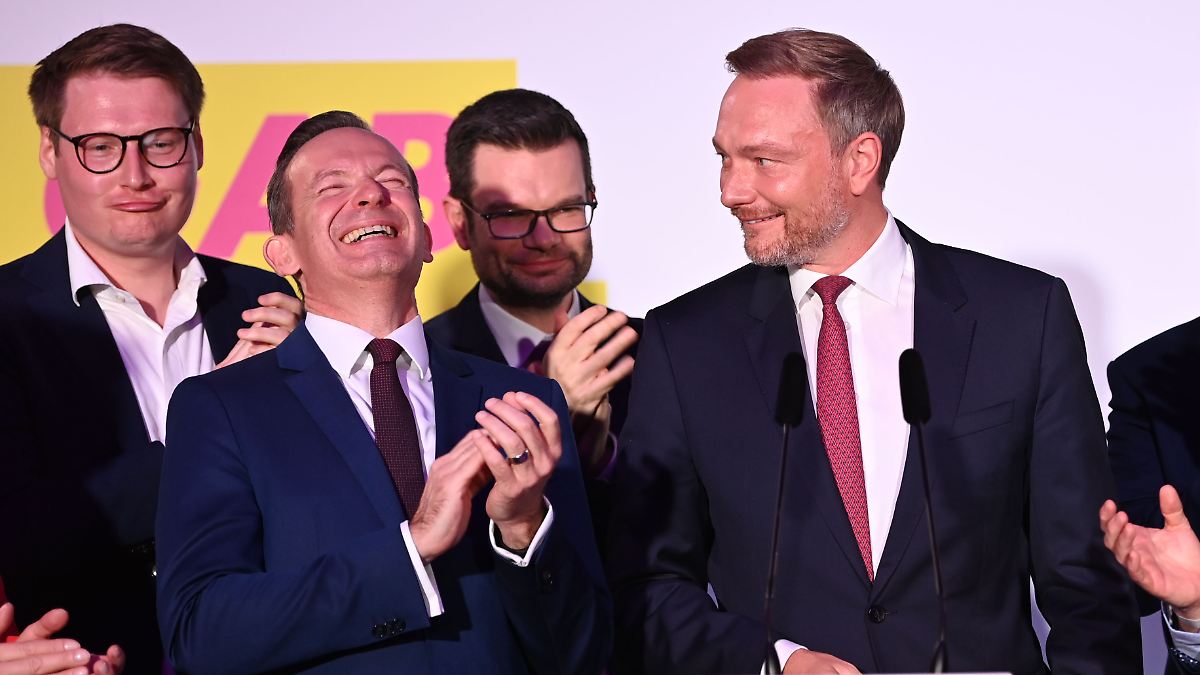 Can Scholz keep his promises?
The FDP continues to reject quotas for women in the cabinet

The FDP continues to resist the parity filling of ministerial posts in the upcoming semaphore cabinet. Chancellor-designate Olaf Scholz, however, made a promise early on. Will the topic become a sticking point in the coalition negotiations?

The FDP in coalition with the SPD and the Greens continues to strictly reject quotas for women and men in government positions. “It is customary for each contract partner to make their own personnel decisions,” FDP Secretary General Volker Wissing told media group Funke’s newspaper.

The SPD candidate for chancellor, Olaf Scholz, on the other hand, always emphasized that equal representation in the future government under his leadership should not only concern SPD ministers. He even promised on Twitter that “at least half of his cabinet will be women”.

“Equality is important to us as well, but I don’t think one side at the negotiating table is making the personnel specifications of the other,” Wissing said. “That never worked in the coalition. Other top liberal politicians have already emphasized in the past that a rigid quota system is out of the question from the FDP’s point of view. It should depend primarily on the qualifications of the leading ministry.

The Greens, on the other hand, have a long tradition of quotas. There is still no talk of a regulation for the representation of other genders in ministerial posts. Today, for example, it is common for companies’ job advertisements to welcome applications from men, women and various interested parties.