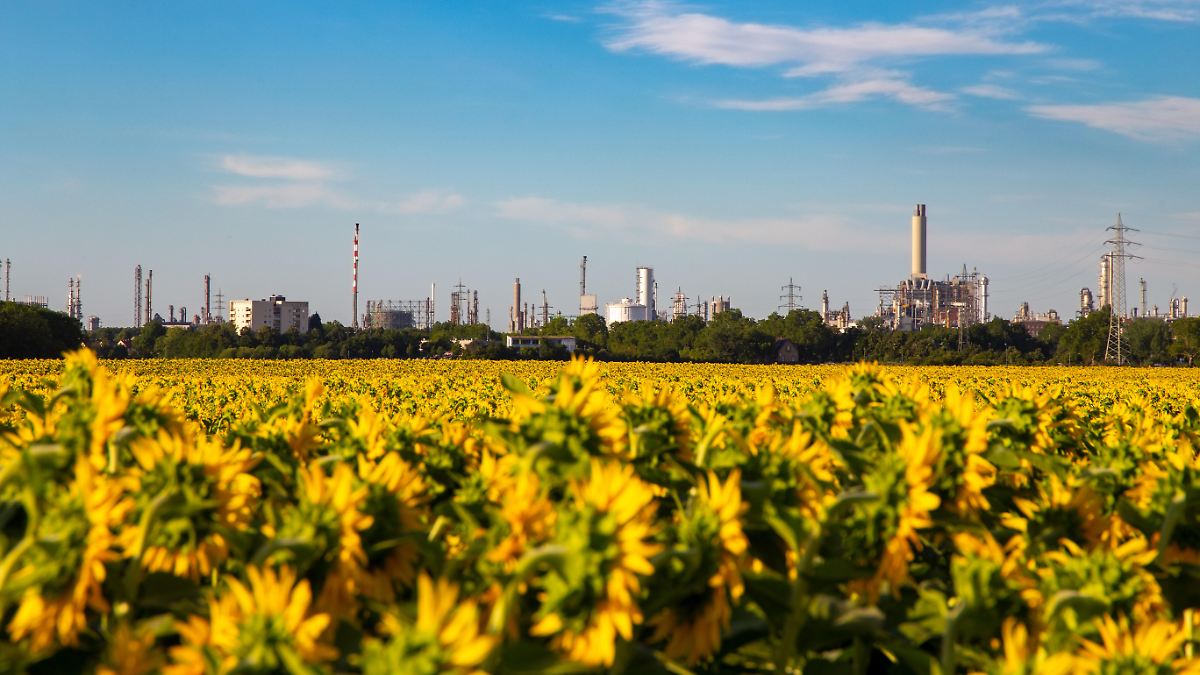 The chemical industry in Germany is suffering particularly hard from rising gas prices. In an interview with ntv.de, CEO Wolfgang Große Entrup from the industry association VCI warns of unsolvable problems and explains why companies do not want to save even more gas.

ntv.de: Due to the energy crisis, the chemical industry faces a bleak future. How warm do companies need to dress in winter?

Wolfgang Große Entrup: That mainly depends on the temperatures in the coming weeks. Unfortunately, no one knows what kind of winter is coming. Production planning based on the weather application, who would have thought this possible? Just a disaster for the company. We therefore look to the future extremely critically and with deep concern. Rising energy prices are hitting our industry hard. Supply contracts for many medium-sized companies are about to expire. The new conditions will bring unsolvable problems to many companies. Many medium-sized companies have their backs against the wall. Especially in international competition, many are no longer able to pass on the prices, and that is why they are already planning to stop their production step by step.

Which companies are having a particularly hard time?

At the moment, especially companies that are in international competition have brutal problems. No other industrial sector in the world has the burden that German companies currently have to deal with. The surcharge planned by Minister of Economy Habeck, which is above our gas price, corresponds to the price of gas in the USA. German companies are therefore completely out of place on the world market.

To remain competitive, firms could move their production abroad.

This is already happening because some products can no longer be produced economically in this country. Keyword ammonia. And the bottom line: Ammonia is not just a fertilizer, but an essential chemical that is used in many areas – from the production of car paints to the pharmaceutical industry. What is possible for large internationally operating companies is not possible for many regionally anchored medium-sized enterprises without production facilities abroad.

What does it mean for the industry when companies migrate?

If companies shut down production or stop it altogether, entire value chains collapse with a domino effect. This would be a disaster for Germany as a whole as a trading location. Then there is not only a threat of recession. The sirens are wailing very loudly at the moment. We are just a small step away from turning one of the largest industrial sites in the world into an industrial museum. Now we must do everything we can to reduce energy prices and keep the industry competitive. The production that is now being stopped and which we are coming from abroad is unlikely to return.

How serious is the threat of deindustrialization?

Very seriously. What got us out of the crises of recent years was the industrial core in Germany, our added value. This threatens to collapse. If this were to happen, there is a risk that the situation in Germany will deteriorate dramatically.

Some companies are switching their production back to oil or coal due to high gas prices. Is it more than a drop in the bucket?

The effect will not be particularly large, as most companies are unable to do so in the short term. Switching to oil requires huge effort and investment. Some companies have come a long way, but for example they won’t get a permit for an oil storage tank – it’s not exactly easy for them.

Germany actually wants to get rid of coal, oil and nuclear power. Shouldn’t the chemical industry have switched to renewable energy much earlier?

We have been fighting for years to get as much renewable energy into the market as we need it to transform our industry towards climate neutrality. But for that we would need 8,000 kilometers of tracks across Germany, which are not being laid because the population does not want it. We would need an infinite number of wind turbines, which are met with considerable skepticism where they are to be built. Yes, we are not where we could be in terms of expansion. There is no way we are where we need to be. But you also have to see the proportions: As the chemical industry itself, today we need all the electricity demand in Germany for our transformation. But like green electricity. And we need it in all our places. That is, not only in the north, where the wind blows, but to spread throughout the country.

How much more gas can the industry save?

We use gas not only as a source of energy, but also as a raw material. Gas as a raw material cannot be replaced in the short term, and we are trying everything possible in terms of energy. The chemical industry has reduced gas consumption by 15 to 20 percent in recent months. We are already more efficient than ever before and we don’t want to save even more gas because that is only possible if we reduce production even more.

How much will the planned gas removal cost the chemical industry?

We assume a total burden of four billion euros per year. In addition to already astronomical gas prices. That is why we say very clearly: the gas tax must be covered by the federal budget. The government must now actively intervene and secure the industrial structure. It is better to get your hands on the money now and keep the industry alive than to finance widespread unemployment in six months. One thing is clear: From our point of view, this also requires a temporary suspension of the debt brake. Now the future of our company is at stake.

What else can be done?

Now we need to connect all energy sources to the grid or keep them running as quickly as possible to save gas and keep electricity prices down. This includes renewable energies as well as coal and nuclear power. And for the future, this means that we must no longer rely only on the solidarity of the world in matters of energy, but must also contribute to our own responsibility.