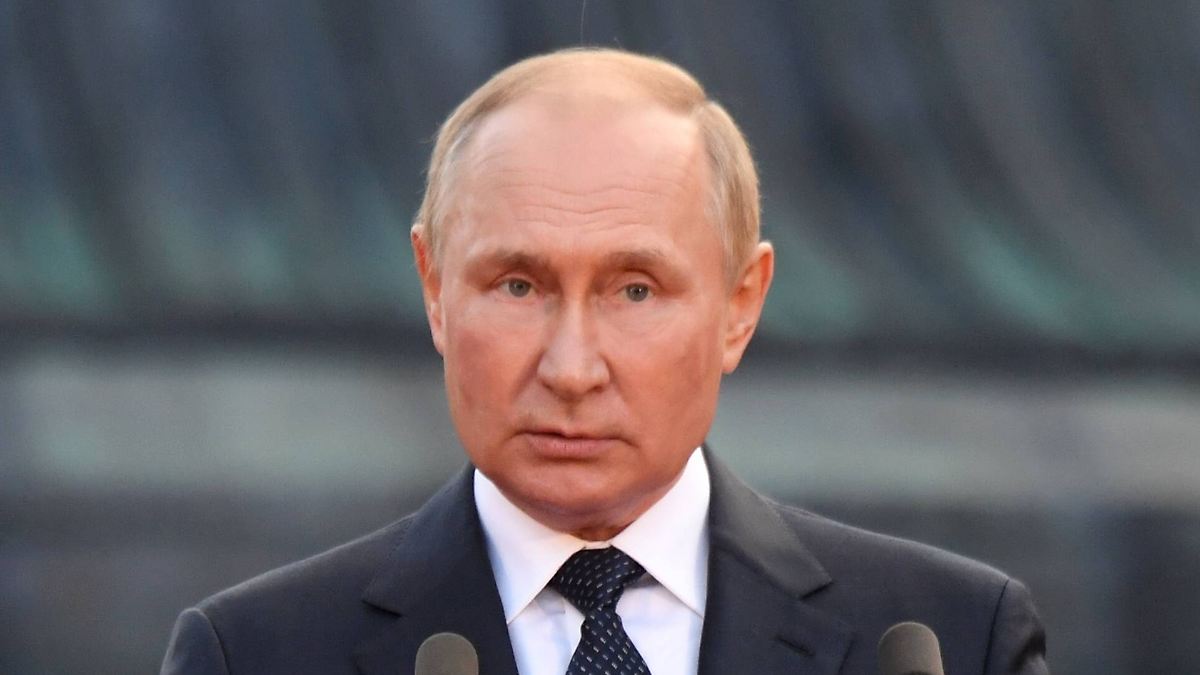 Modern wars are largely fought in the information space, says Markus Reisner, a colonel in the Austrian armed forces, referring to the Russian president’s statement. Such performances are not about truth, but about psychological influence. “There is a risk for Ukraine that it will be successful on the battlefield, but lose the war in the information space if Russia manages to deliberately influence public opinion in Europe,” Reisner said in an interview with ntv.de.

ntv.de: Should the partial mobilization in Russia be perceived as a consequence of the Ukrainian offensive and therefore as a sign that Russia is on the defensive?

Markus Reisner: It’s not that simple. We have been in the third phase of this war since the start of the Ukrainian offensive. The first phase was the attack by Russia and the successful defense of Ukraine around Kiev, after which the Russians withdrew their troops. In phase two, Russia tried to impose a decision on Donbass and partially succeeded. The third phase began in early September with Ukrainian offensives at Kherson and Kharkiv. At Kharkov, the Russians retreated again – unlike the first phase, however, not of their own volition and in an orderly, but disorderly manner, even if the Russians claim otherwise. You can tell what really happened by the fact that they left a huge amount of material behind, which they would not have done in an orderly retreat. This is truly a shame for Russia. This was a problem for the Russian government as it was now under a lot of pressure.

Demands have been raised on Russian social media to expand the “special operation” into a real war, as Russia is already fighting the West for survival – Putin also presented it this way in his television appearance on Wednesday. Now he wants to take three measures to regain control of the trade: the four regions of Luhansk, Donetsk, Zaporizhia and Kherson are to hold so-called referendums and then be annexed to Russia; it was announced already on Tuesday. The war for this territory thus becomes a fight for Russian territory, at least from the Russian point of view.

The second is the declaration of partial mobilization. That’s certainly a trade-off. On the one hand, it is a concession that additional forces must be available for war. However, this is still not a step towards massive mobilization. However, the partial mobilization will not only be about recruiting new soldiers, but also about measures to transform Russia into a war economy. A third aspect is Putin’s recent threat to use nuclear weapons – he even added that it was “not a bluff”. These three aspects are of course alarming in the West. It is important to understand that this is part of information warfare. Russia is targeting our concerns. For example, the nuclear threat is meant to prevent the West from continuing to support Ukraine.

Does this also apply to partial mobilization?

Putin justified the threat of nuclear weapons by the fact that the West is thinking about attacking Russia with nuclear weapons, which is obviously fictitious – the West has not even delivered battle tanks yet so as not to anger Putin.

That’s the point: In such performances it is not about truth, but about psychological influence. Modern wars are largely fought in the information space. Ukraine can only continue this war if the West supports it. This is a weakness in Ukraine that Russia is targeting by raising concerns in the West.

What about the threat of nuclear weapons?

Not only. These concerns are of three kinds. First, suppressed grain exports result in famine and waves of migration. Secondly, the fear of nuclear disasters, due to the current threat, but also due to the inclusion of the Zaporozhye nuclear power plant in the combat zone. And the third is the overarching theme, the looming recession. Ukraine is in danger of succeeding on the battlefield but losing the war in the information space if Russia manages to deliberately influence public opinion in Europe.

Alexei Navalny does he tweeted, the partial mobilization could be “Putin’s last mistake” as it could reverse Russia’s stance on the war. Wouldn’t that also be a possible consequence?

One can speculate about how the majority of the Russian population thinks, but ultimately we don’t know. We can look at the situation through a historical comparison. It often happened that in times of need Russian society tended to rally around a strong leader. A striking example of this is the Great Patriotic War. We also know that much of Russian society is still largely caught up in Soviet-era socialization.

But, of course, it is quite possible that there will be massive riots—that there will be a situation like the October Revolution of 1917. Then the president would go too far. We see no evidence of this at this time. But history has always surprised us. Many do not realize this: We are experiencing history right now, and history is not clear and linear, it always surprises. What can be considered a constant, however, is that the conflict will escalate and will not end anytime soon.

How long will it take for the first of the 300,000 reservists that Russia wants to mobilize to reach Ukraine?

That depends on the will of the political leadership. You might think: Let’s take our time, train these reservists properly, and only then send them into action. But it is also possible, and we have seen this time and again on the Russian side, that one treats one’s own people very recklessly, that one gives the soldiers a weapon and sends them straight to the front. It is also important for the mood in Russia that most of the soldiers do not come from urban centers, not from Moscow or St. Petersburg, but from the outskirts of the country, from cities whose names most Europeans have never heard of.

Shoigu claimed that Russia killed 61,207 Ukrainian soldiers and wounded 49,368, but suffered only 5,937 casualties. Is this information at least somewhat realistic?

Of course not. In every war, people go missing: soldiers are buried, so crushed by explosions that nothing remains of them. These numbers are also used for information warfare. The exact number is meant to indicate that you have inflicted heavy losses on your opponent and that you are able to quantify them accurately. But in reality it is completely unfounded. It is certain that both sides suffered heavy losses, certainly tens of thousands of soldiers on the Russian side and unfortunately also on the Ukrainian side.