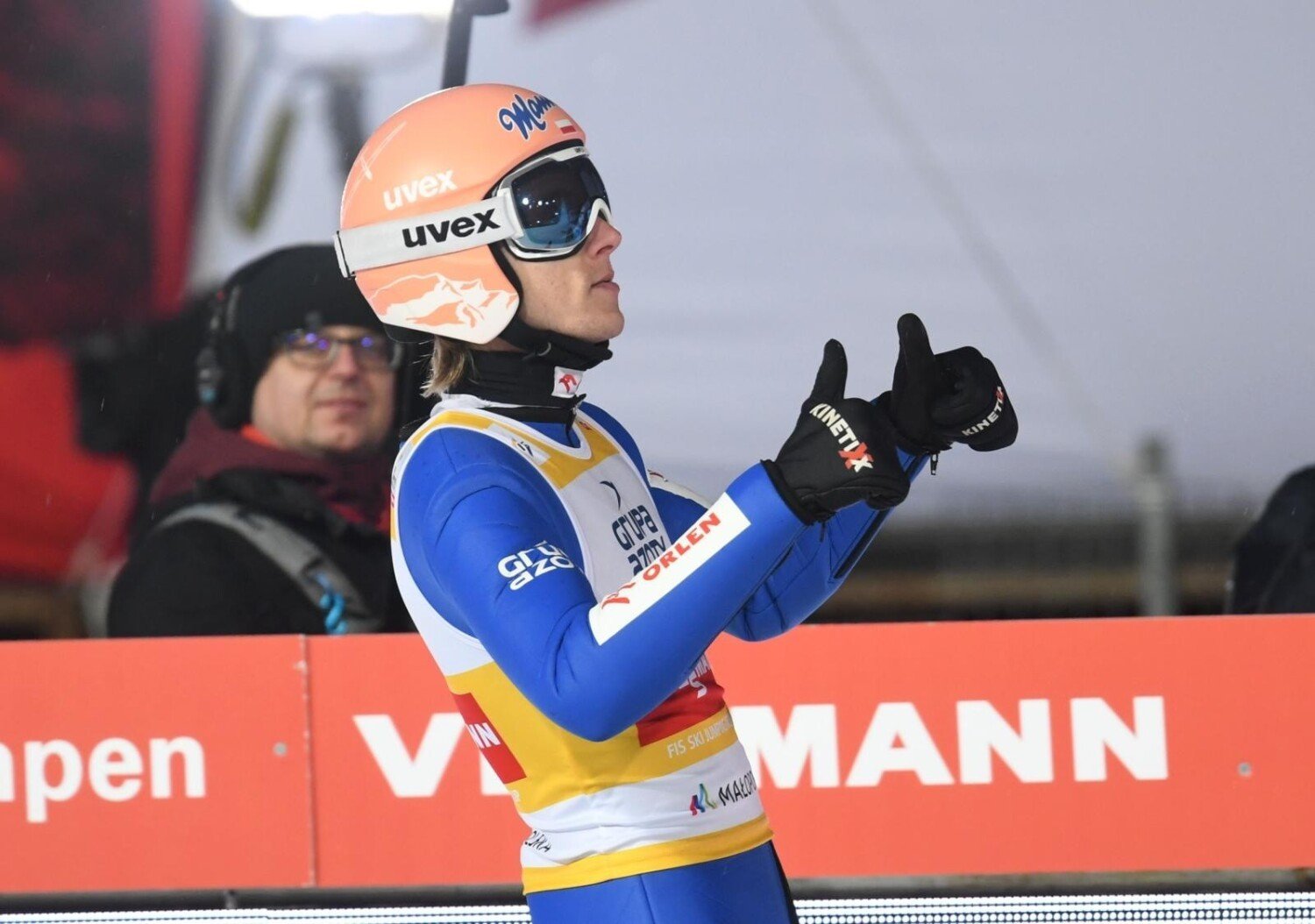 The leader of the general classification of the Skihop World Cup, Dawid Kubacki, could feel disappointed after the individual competition in Zakopane, despite the second place. In the second series, he failed to defend a large advantage and lost his position as leader of the competition. Now, however, he is already thinking about the next competition in Japan.

On Tuesday, the team of ski jumpers left for the World Cup meet in Sapporo. From the team that started in Zakopane, Jan Habdas is missing, for whom the Junior WC is now more important. Poles will go to the Land of the Rising Sun after a long pandemic break. Dawid Kubacki, Piotr Żyła, Kamil Stoch, Paweł Wąsek and Aleksander Zniszczoł perform in Japan.

– There are very nice competitions there. The special thing about this place is that it is probably a city of two million at the foot of the ski jump, such an unusual sight. There is a nice environment, people are friendly there, they want to come to jump, they enjoy these feelings. I think this is what we missed in these covid times. I will gladly go there again to jump, fight for cool feelings

In the general classification of the World Cup, Kubacki is still leading, but with great results since the Four Hills Tournament Halvor Egner Granerud – he won 4 out of 5 events held after the holidays – he is closing the distance. He is already second overall, in Zakopane he overtook Anze Laniska in the rankings. He can finally catch up with the Pole, to whom he loses 114 points.

– And maybe not catch up with me anymore (laughs). I don’t know exactly how the situation is in the table at the moment, I knew more or less how it was before the competition. He had some great performances in the 4-Hills-Tournament where he made some points. The season is long, I think I also prove with my jumps that I can win. I am calm and motivated to keep fighting, let’s see how it goes. I want to focus on my job, I am convinced that if I do that, I will also be happy at the end of the season – admitted the Nowy Targ player.

It was his ninth WC podium in a row. Is it counting down? – Mostly journalists make me aware of it, I’m up to date – he laughs.

Kubacki thinks back to Sunday’s competition in Zakopane, where he took second place, the best in the history of his performances at Wielka Krokiew. The difficult conditions, where the judges ordered him to jump, and the lowered starting bar did not help. He lost to Granerud by only 1.1 points. Kubacki in his statements after the jump was clearly outraged, later, at the press conference, he approached the topic with greater understanding.

– There will definitely be missing, it wasn’t that big of a difference. This anger may not be appropriate because the second is very good, although the first is obviously the best. I think my displeasure and my expressions were about how I hit the terms. That’s what this sport is. Sometimes there are tears of happiness, sometimes tears of despair. It just didn’t work out here, we have to move on to it and work on it. I think I showed good jumps all weekend, I’m very happy about that, it’s a good base for further work. But each of us will probably admit that it would be nice to win in Zakopane

Experts had a grudge against Borek Sedlak, responsible for the decision to allow coaches to release players from the beam. There were opinions that both Kamil Stoch (down from 6th to 7th place) and Kubacki could not count on kindness and fair treatment.

– I have no idea how it was there. The very fact that the wind was in the (safety) corridor had to be met to get the green light, otherwise the machine would not be able to pass it – explained Kubacki.

– We had such weather, I suppose it changed very dynamically. It was clear from the course of the competition that one got plus 20 points, the other plus 8, and the next had minus or close to zero. It has probably happened many times that the conditions that were printed with a green light were not those that the rider had when he approached the threshold. This is impossible to predict, the jury certainly did not act out of anger. I rule out that possibility. I think it’s a matter of coincidence, you know it hurts in these circumstances, but that’s the way the sport is. I’ve been through it many times and I’m sure I’ll go through it again.

In the first series, Kubacki, also with unfavorable wind, flew to 137.5 m, in the second – 124 m. As he says, it is not the distance alone that determines the quality of execution.

– In my opinion, and based on the conversation with the coach, both jumps were very good. The other one may not have looked like that, because “it didn’t fly”, the conditions didn’t allow it. The trainers told me that I had a wind of two and a half meters (per second – ed.) from behind, which unfortunately brings a man closer to the fall. Such a jump looks different later in the flight phase. If we analyzed the bounce, the transition to the flight, it looked really cool in both jumps. Sometimes a kilometer more speed against the air makes a difference, the main disadvantage is that when there is too much wind behind you, you lose lift. Just like in aviation, which I have a little in common with – in every plane there is a stall speed. If it is exceeded, the ship loses all lift and usually ends up in a corkscrew. Here, on the hill, in such a situation, we are just starting to get very close to the slopes – illustrated Dawid.