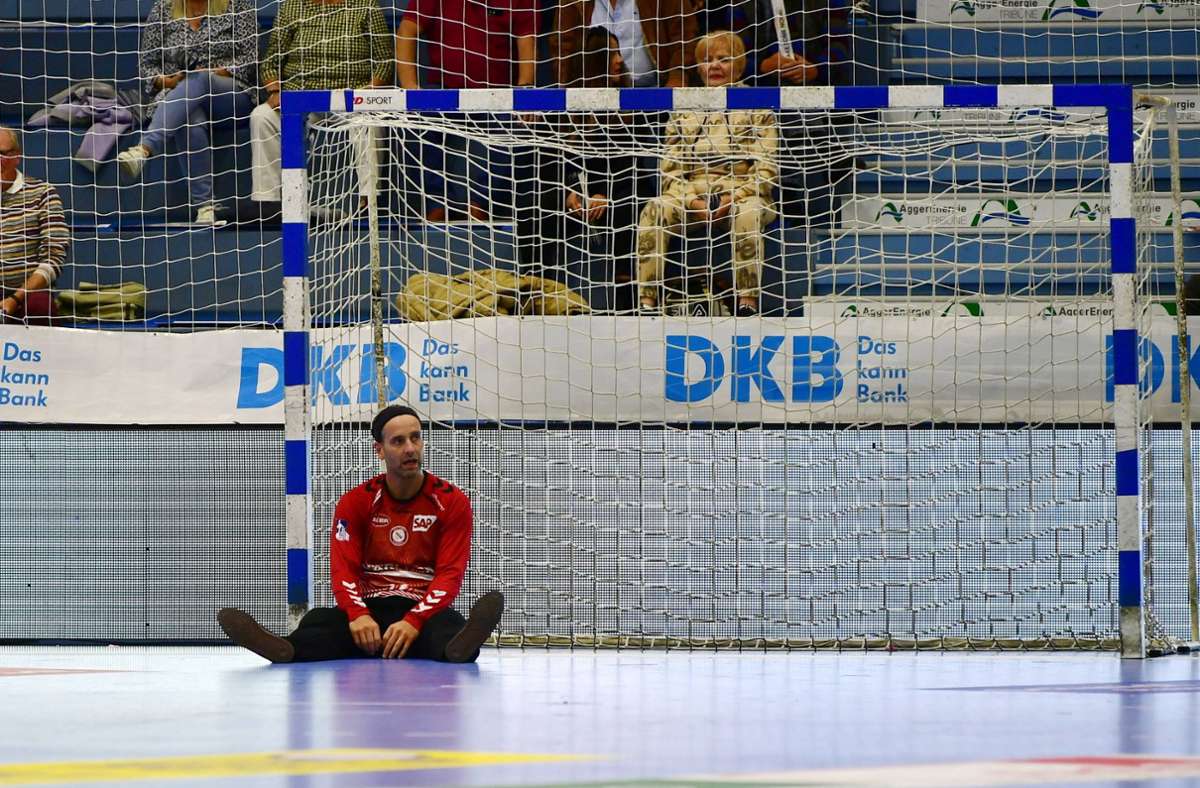 For 45 minutes, TVB Stuttgart’s appearance at VfL Gummersbach had little or nothing to do with Bundesliga handball. After being 1:23 p.m. late, TVB loses in the end with 24:29 p.m. – and questions arise.

Silvio Heinevetter was completely exhausted. From a distance, the best man in the TVB Stuttgart team spoke clearly, drenched in sweat: “What we showed in the first half was underground, it was an insult to anyone who works their ass here”, said goalkeeper Silvio Heinevetter (13 saves). ) after 24:29 (9:16) at VfL Gummersbach. It was the fifth defeat for the Bundesliga handball team in the fifth game of the season and until the score of 23:13 (45th) for the newly promoted team from Oberberg, it was even the performance the most disturbing of all.

The completely anxious TVB again took no responsibility for the ball and committed eleven technical fouls before the break. “Our quality in attack at six against six was far too weak”, said coach Roi Sanchez – and saw it mainly as a problem of the head: “We always fought, but my players are mentally under pressure at the start of the season It was only easier for us to play when we had a clear head in the final phase.” With a run of 11:3, his team even closed the gap to 24:26 (59′). But this was not enough for more.

TVB’s top scorers in front of 2,921 spectators in the Schwalbe Arena were playmaker Egon Hanusz (6) and right winger Sascha Pfattheicher (4). Southpaw Jerome Müller made a comeback after replacing Jan Forstbauer early on, but he also made a number of mistakes after his long injury break. Icelandic circle player Ellidi Vidarsson scored eleven goals for the VfL side coached by Gudjon Valur Sigurdsson (now 8-2 points).

At TVB, the alarm bells rang even louder after the 45-minute performance in the second division and 0:10 points. “Other clubs also have zero points and there are almost 30 games left. My team is not as bad as it is now,” said Sanchez, who is understandably the subject of growing criticism. The next two matches will take place next week at home in the Porsche Arena: against TBV Lemgo Lippe (Thursday, 7:05 p.m.) and Bergische HC (Sunday, 4:05 p.m.). There will be two hugely important games for TVB – and finals for Sanchez. Or is the management around CEO Jürgen Schweikardt perhaps reacting earlier?