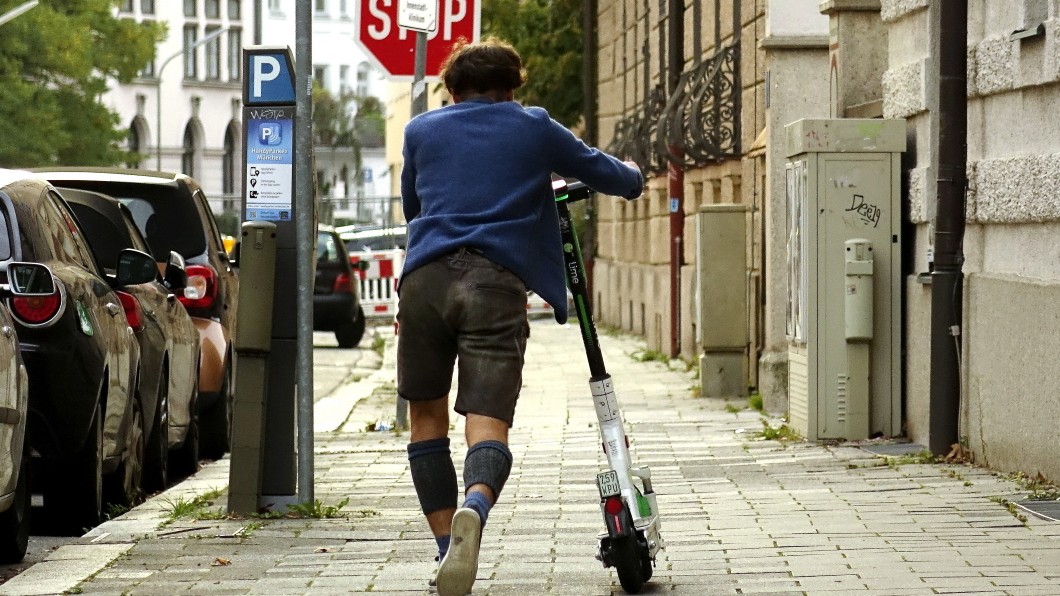 As for the mid-term balance sheet of the Wiesn Munich police presented at the weekend, at least the discipline of e-scooter drivers has improved. This year, officials pulled over 181 drunk e-scooter users during the first week of Oktoberfest. At the last Oktoberfest before the 2019 pandemic, there were 220.

Electric scooters are not new anymore. Since its introduction in the summer of 2019, Munich residents have come to terms with the fact that they are part of the cityscape. And yet, they’re still a nuisance, especially when parked wild on sidewalks and becoming a trip hazard. Lenders are trying to master this by constantly improving lending app technology. Customers must now take a photo when parked to prove that the scooter is properly parked. Of course, it is decided not by some employee at the headquarters of a distant company, but by the application itself, which supposedly recognizes whether everything is correct.

Of course, if you try it, it shows that such an application can be quite forgiving when it comes to correct parking interpretation. Finally, scooters can only be handed over at certain parking lots in central Munich.

This also applies to Wiesn. There are seven stations around the Theresienwiese. In addition, scooters are not allowed around the outer perimeter of the festival site. A no-go zone for e-scooters is the stretch from Lindwurmstraße to Herzog-Heinrich-straße and Paul-Heyse-, Schwanthaler- and Heimeranstraße as well as Ganghofer-, Hans-Fischer- and Poccistraße.

In addition, from 5:00 p.m. to 6:00 a.m. the following day, a ban is imposed on borrowing and driving a vehicle significantly exceeding the prohibited zone; it extends from Ganghoferstrasse in the west to Sendlinger-Tor-Platz and Lindwurmstrasse. and Ruppertstrasse in the south to Arnulfstrasse in the north. The map can be found on the home page of the muenchenunterwegs.de mobile section.

Drunk drivers of e-scooters face a driving ban of 0.5 ppm

Unlike 2019, when scooters were brand new, many users seem to have understood the limitations. The drivers were diverted by the police 40 times when they wanted to enter the prohibited area by car. Three years ago it was 590, almost 15 times more.

However, you can see many, almost exclusively, young people in dirndls or lederhosen gliding on rickety scooters in the direction of Theresienwiese. Providers have built little barriers into their apps so they don’t start their journey there already preheated or on their way home with a full tank of fuel. Provider Bolt customers must now also complete a response test during the day, which is otherwise only activated in the evening. As soon as you have a helmet, you need to tap the bearded man on the screen several times. If it doesn’t happen fast enough, the app will tell you: “Your reaction is too slow. We strongly recommend booking a Bolt car ride instead of a scooter.”

How many actually allow themselves to be prevented from doing so has yet to register this Oktoberfest. Because you can still rent a scooter, size four or not. The fact that this is illegal, and that scooter fans are subject to the same alcohol restrictions as drivers, apparently doesn’t matter to some, see police statistics. The driving ban already means from 0.5 bpm to 1.1 bpm (quickly reached Oktoberfest beer) even commits a criminal offence, drivers under 21 and new drivers must be completely sober.

In the case of Lyme, you are informed about the ban on alcohol, in the case of Bird, you must enter the word “safe”. It can also be done by increasing blood alcohol levels. And if a pet app asks you if you drink alcohol, that doesn’t mean you’re going to give an honest answer.