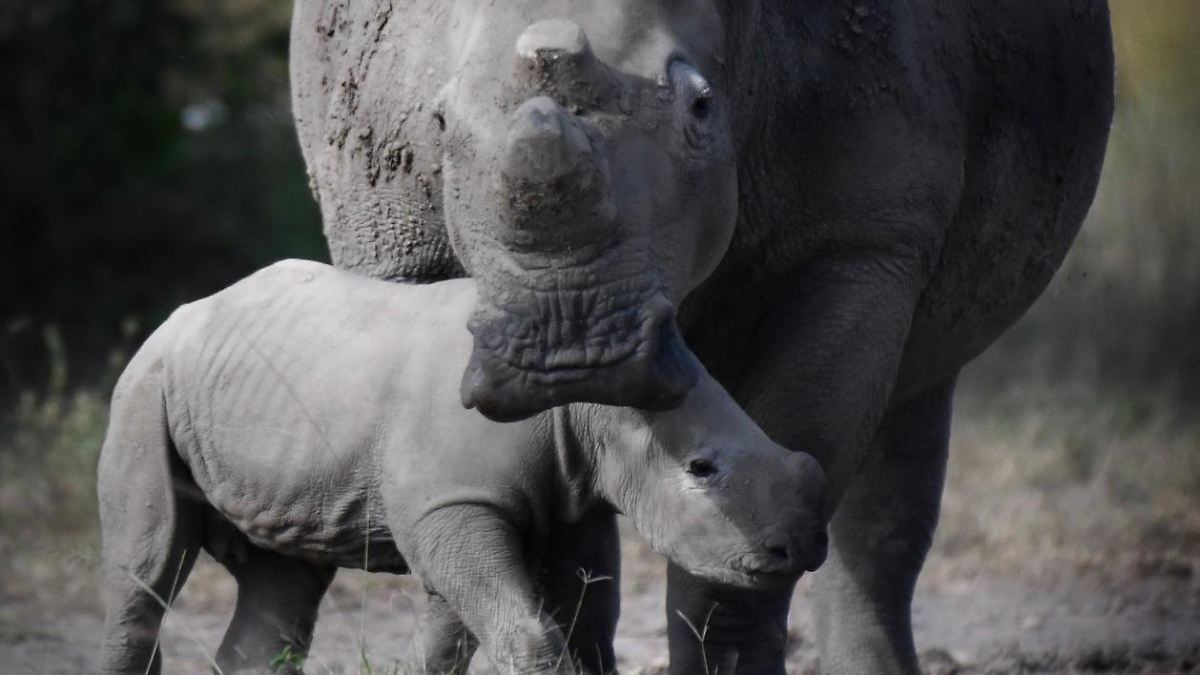 Extinction not prevented
The rhino population remains a problem

In Africa, several resettlement projects are helping to save rhinos from extinction. Nevertheless, concerns about animals are increasing – also due to the consequences of the coronavirus pandemic.

In Mozambique and Rwanda, resettlement projects are giving rhinos hope. After 19 white rhinos were resettled in Mozambique in July, black rhinos are now living there again. Seven specimens have been relocated from South Africa to Zinave National Park, the Peace Parks Foundation said this week. Previously, rhinos were thought to be extinct in the country on the east African coast for about 40 years.

Further north in Rwanda, the white rhino population is recovering slightly after the animals were also thought to be extinct in the East African country. A year ago, 30 endangered animals were relocated from South Africa to Akagera National Park in Rwanda. Now the group has descendants.

Yet on World Rhino Day on September 22, concern for animals prevails. According to the environmental foundation WWF, the rhino population in Africa is decreasing by three percent every year. Last year, it counted only around 18,000 white rhinos and almost 6,200 black rhinos.

In Africa, hundreds of rhinos are killed each year for their horn; in South Africa the animals are particularly endangered. International trade in rhino horn is prohibited. But in Asia, especially Vietnam and China, horn is popular as an ingredient in traditional medicine and brings high yields.

During the coronavirus pandemic, poaching and illegal trade in rhinos has declined due to travel restrictions. But in East Africa, the situation has recently worsened again, as a number of national parks have had to cut staff due to a lack of tourism income.

The Rwandan government took a different approach. “They have invested in the conservation of their national parks, which benefits both wildlife and local communities,” said Drew Bantlin, conservation manager of Rwanda’s Akagera National Park. “So far, none of the newly settled rhinos have fallen victim to poachers. Now Rwanda is hoping for more tourists.