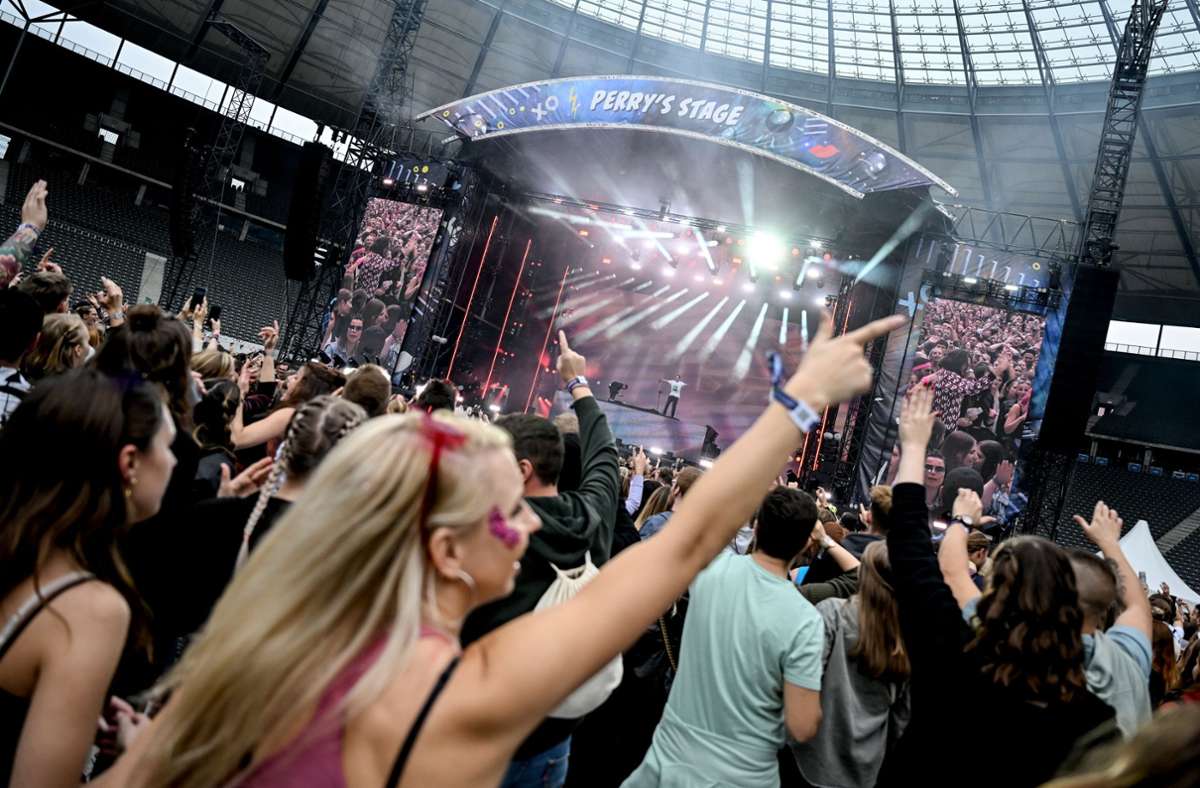 After an obligatory corona break, the Lollapalooza music festival returned to the Olympic Stadium and Olympic Park in Berlin this weekend. Here are the first pictures.

The Lollapalooza music festival has drawn thousands of visitors to Berlin’s Olympic Stadium and Olympic Park after a mandatory corona break. Guests celebrated artists such as the band Milky Chance, rapper Layla and singer Zoe Wees on Saturday. Big groups like the American singer Machine Gun Kelly or the groups AnnenMayKantereit and Kraftklub were expected in the evening. The festival had recently been canceled twice due to the pandemic.

Since 2018, the Olympic site has hosted the Lollapalooza. In 2019, approximately 85,000 visitors partied in the Olympic Park and Olympic Stadium over two days. According to the organizer, so many tickets had never been sold.

The American festival was founded in 1991 by Perry Farrell, singer of the band Jane’s Addiction. In 2015 the Lollapalooza celebrated its European premiere at the Tempelhofer Feld in Berlin. This year the music festival is in Germany for the sixth time. Artists such as the groups Seeed and Die Fantastischen Vier, DJ Tiesto or the rapper Casper should again attract many fans on Sunday.