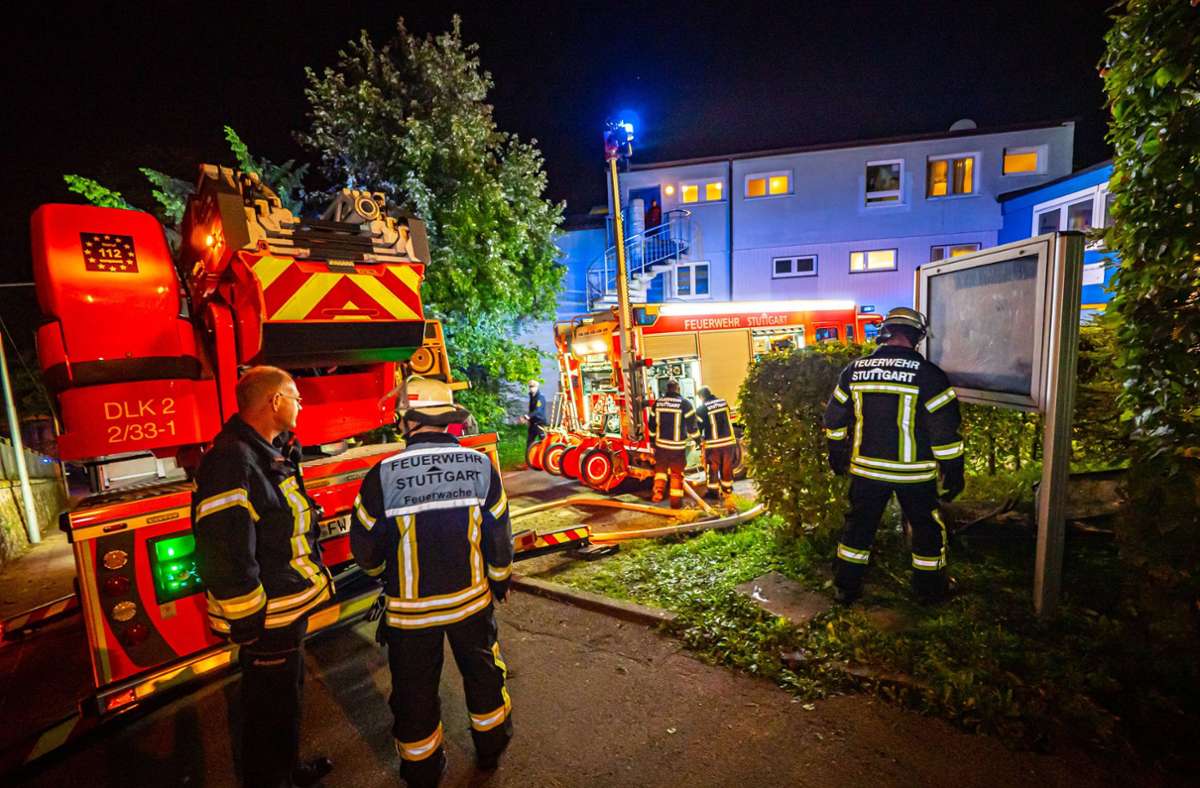 Residents of the Johannes-Falk-Haus youth care facility in Stuttgart-Nord notice heavy smoke coming from a room. Alerted firefighters rush to the scene of the fire. The details.

A fire broke out on Thursday evening in the Johannes-Falk-Haus on Mönchhaldenstrasse in Stuttgart-Nord. Firefighters were able to bring the flames under control and the police began their investigation.

As a fire department spokesperson reports, residents of the homeless youth facility noticed around 3 a.m. heavy smoke billowing from a room. They called the fire and rescue services on 112.

Residents can leave the buildings in time

When help arrived, the second floor room was already engulfed in flames. Two teams fought the fire using breathing apparatus. Meanwhile, other teams searched for people in the smoky areas of the affected floor and the attic.

Fortunately, all the inhabitants were able to leave the building on their own in time, they were taken care of by the emergency services outside. The building was ventilated and smoke-exhausted with high-efficiency fans. In addition to the professional firefighters, the volunteer firefighters from Hedelfingen were also deployed. The police have started their investigation into the cause of the fire.