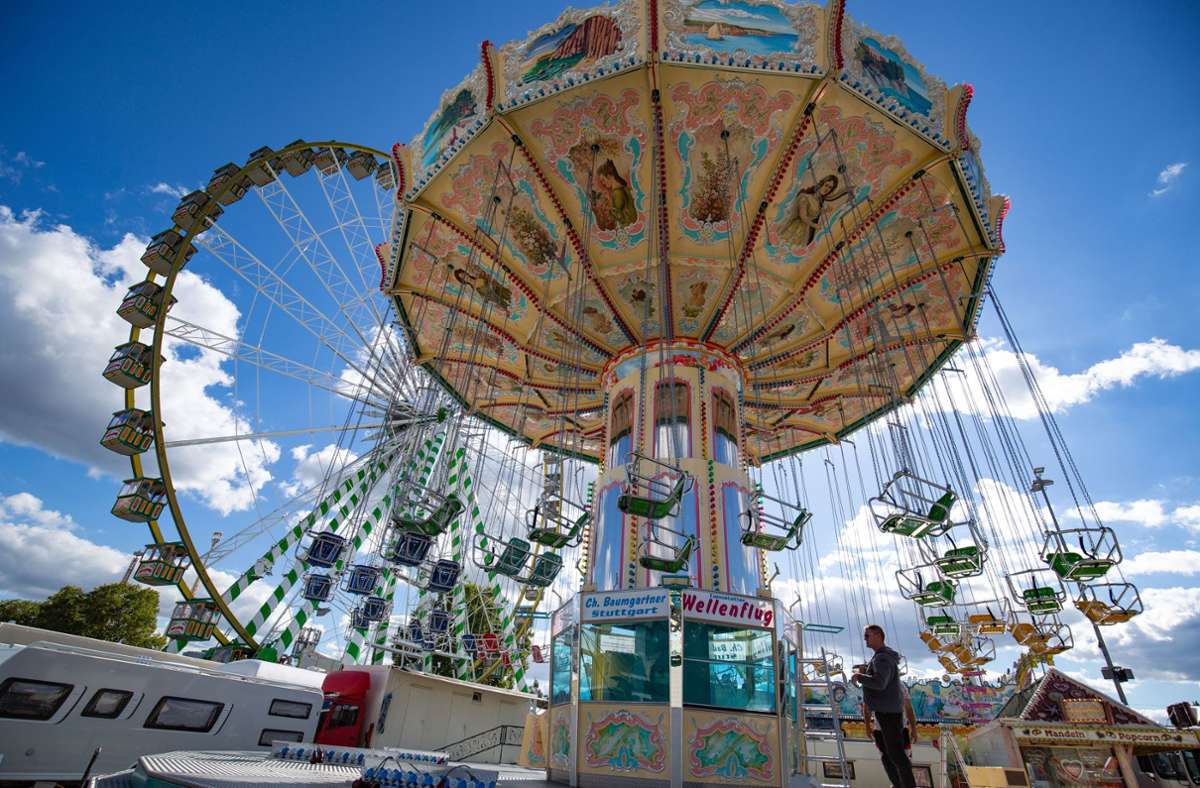 After the Corona break, the Cannstatter Volksfest returns. The pros and cons of our editors.

The Cannstatter Volksfest has been suspended for three years due to corona. The hype begins again on Friday. “Finally” think some, while others moan “not yet”. Our editors Nadia Köhler and Frank Rothfuss have different views on the festival.

Frank Rothfuss says: It’s really very simple: if you want to go to the folk festival, go. If you don’t want to go, stay home. Just like you do with opera, ballet, football match, theatre, gymnasium, gymnasium, club or party.

It is interesting that these discussions do not exist there. But let it ignite at the folk festival and Oktoberfest. Ultimately, it speaks of these festivals that their significance also adorns the critics. And curmudgeons and buddlers are pushing their way through the hype. If you take people seriously, you’re not trying to educate them, you’re trusting them to have their own opinions. It should therefore be noted that many Göckele are heated with propane gas. Not just with natural gas. And that electricity is expensive but not uncommon. And that this is due to the pricing of the electricity market desired by politicians and not a roller coaster. Incidentally, the showmen pay the bill, they cannot pass the costs on to their guests. Because they know a lot of them really aren’t rich.

If some reviewers wanted to form their own opinion, they’d be surprised to know who’s there: it’s one of the few places where everyone meets. Rich and poor, baptized with acid water and born on the Bosphorus and the Tigris, half height and suburb, old and young. Unlike elsewhere, you can spend a lot, but you don’t have to. There is no entrance fee, many just come to enjoy the lights, sounds, smells.

Do we now also want to ban people from marveling? If you don’t like hype, if you’re afraid of Corona, if it’s too expensive, stay home. If you want to go there, go there. It’s really easy.

not close to people

Nadia Koehler says: Anyone who lives in Stuttgart or Munich is reliably faced with a question in almost every small conversation these days: “So, are you going?” Folk festival or not – what was a matter of taste three years ago is now presented as a decision of conscience.

It’s frustrating. Does the attitude towards the folk festival really define who has become a supposedly overcautious entertainment brake, who subordinates himself to worldly crises and does voluntary deprivation in the name of a greater good? Hopefully not. There are more reasons this year than in the past for outsiders to entertain the idea of ​​a huge folk festival – however morally bitter they may seem.

Is it really worth having fun for a few hours in the beer tent to risk family life collapsing again for weeks at work, school and private life due to corona? Isn’t it paradoxical to enjoy energy-guzzling, scintillating rides and gas-tanned roosters while settling in at home in an 18-degree room and washcloths instead of the shower? And how close to people is a festival where a family would easily have to drag out a triple-digit sum – and where prices skyrocket so much that many are already scratching what they’ve saved for the cost of living?

The Wasen as a place of connection where not only well-paid people party, this idea seems quite outdated under current conditions. And also: Didn’t the cold two-year withdrawal from the folk festival show that one can also really go too far in the squat next door?