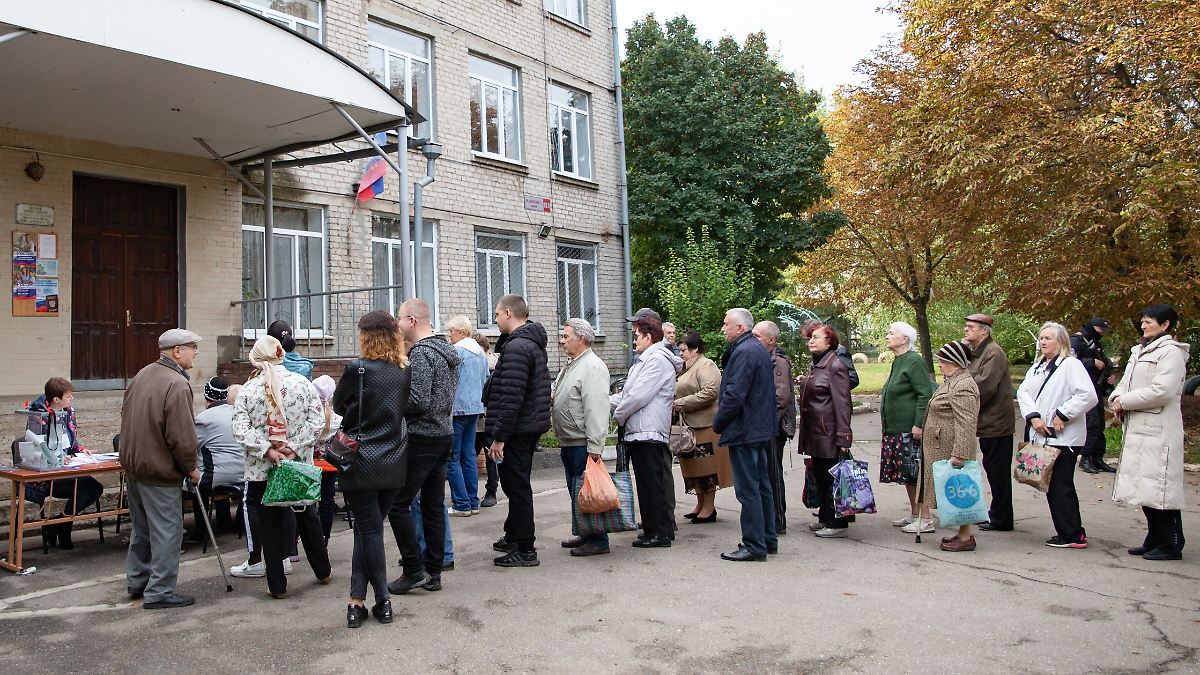 For Russia in Ukraine
A German manager travels to the occupied territories as an “election observer”.

Purely private and just for idea: This is how the head of the Hessian energy supplier describes his trip to the fake referendums on the Ukrainian territories occupied by Russia. The Russian media reported extensively on his stay as an election observer. Crisis meetings begin at home.

The Hessian district of Waldeck-Frankenberg has expressed its dismay at the journey of the head of a local energy supplier as a so-called election observer for Russia during forced referendums in several occupied regions of Ukraine. Earlier, there were several reports that Stefan Schaller, CEO of Energie Waldeck-Frankenberg (EWF), had traveled to Ukraine. Schaller confirmed the trip to “Hessische/Niedersächsische Allgemeine”. The district and the companies are now discussing how to proceed in crisis negotiations.

He wanted to “get a picture of the situation on the ground”. Among other things, because he “believes that objective information can never be wrong”, as quoted by the paper. The trip is purely private and has nothing to do with his work as CEO of the contractor. According to the Russian agency, Schaller survived mug in Melitopol. in one another tweet she quoted him as saying that voting took place freely and without pressure on citizens.

District administrator and head of the EWF supervisory board Jürgen van der Horst announced the consequences. “Russia’s forced referendums in Ukraine are hypocritical and in violation of international law, and are a pretext for the appropriation of Russian-occupied territories in Ukraine. We strongly condemn this illegal annexation.”

The district is currently examining Schaller’s trip “very critically.” This and “the act of accompanying the mock referendum as an election observer can be interpreted as legitimizing a process that violates international law”. The district administrator pointed out that the Russian press agency used the stay for propaganda purposes. According to further information, the district committees will be informed during the day. Furthermore, the EWF supervisory board is to decide on the “future of management” on Monday.

The newspaper also reports that Schaller was already in the Russian Republic of Komi as an observer for the Duma elections in 2021. According to his own statements, he was invited then and now at the suggestion of the Russian Communist Party. The trip and accommodation were financed by the Russian state.

Kremlin chief Vladimir Putin announced the “referendum” in a televised address on Wednesday. They began on Friday in the separatist regions of Donetsk and Luhansk in eastern Ukraine’s Donbas and in the southern regions of Kherson and Zaporizhia. The “referendum” is scheduled to take place until Tuesday, after which a quick annexation by Moscow is expected. Internationally, this approach is met with massive protests. The West has already announced that it will not recognize the results.