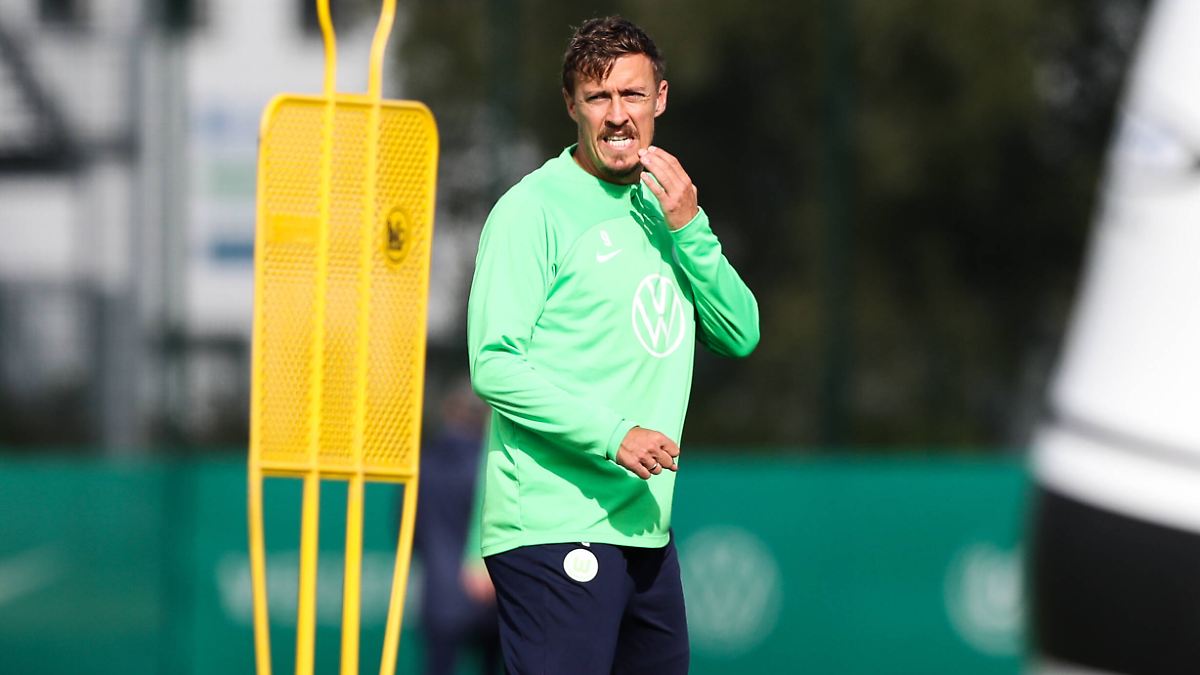 Max Kruse is no longer allowed to train with the team at VfL Wolfsburg, instead the footballer enjoys himself privately on the sports field. Fighting ex-pro Kevin Pannewitz, Kruse talks about his suspension and jokes about his form. What will happen next with him remains open.

Max Kruse’s employers VfL Wolfsburg shouldn’t like these YouTube videos: The retired striker is working on his career as an internet star. In his new column “Schlag den Max”, the suspended professional takes aim at his situation with cheeky remarks. After an accidental shot, he says, “It looks like I’m suspended for a few days.”

Together with his wife Dilara, the 34-year-old man presented a new section on the channel “Die Kruses”, in which he competes with guests. In the first episode he invited former Rostock and Wolfsburg player Kevin Pannewitz, who was once predicted to have a great career – but never managed to break through. “Like me, I’m more of a fair-weather footballer,” Kruse said without self-deprecation. Pannewitz is now part of Berlin’s newly founded amateur soccer club Delay Sports, founded by an influencer and fan following.

In the first episode of the format, the two competed in target shooting and free kicks. There was no shortage of provocative jokes: When Dilara’s wife asked him if warming up the goalkeeper was not his job, he replied: “I used to do it more often now, but I’m slowly trying to focus on other things again.” .”

Both alluded to his thankless task at VfL of keeping the goalkeeper warm. Bundesliga coach Niko Kovac suspended Kruse and publicly stated that he would not play another game for the club. Even on Thursday, Kruse was not in the lineup in VfL’s test match against second division Hanse Rostock (0:0).

The situation with his contract is still open. Kruse has long been linked with a move to the US Major League Soccer (MLS) because his son lives there and because he has praised the US in the past. The ex-Werder Bremen, Union Berlin, Borussia Mönchengladbach and SC Freiburg player is still under contract with Wolves until the end of June 2023.