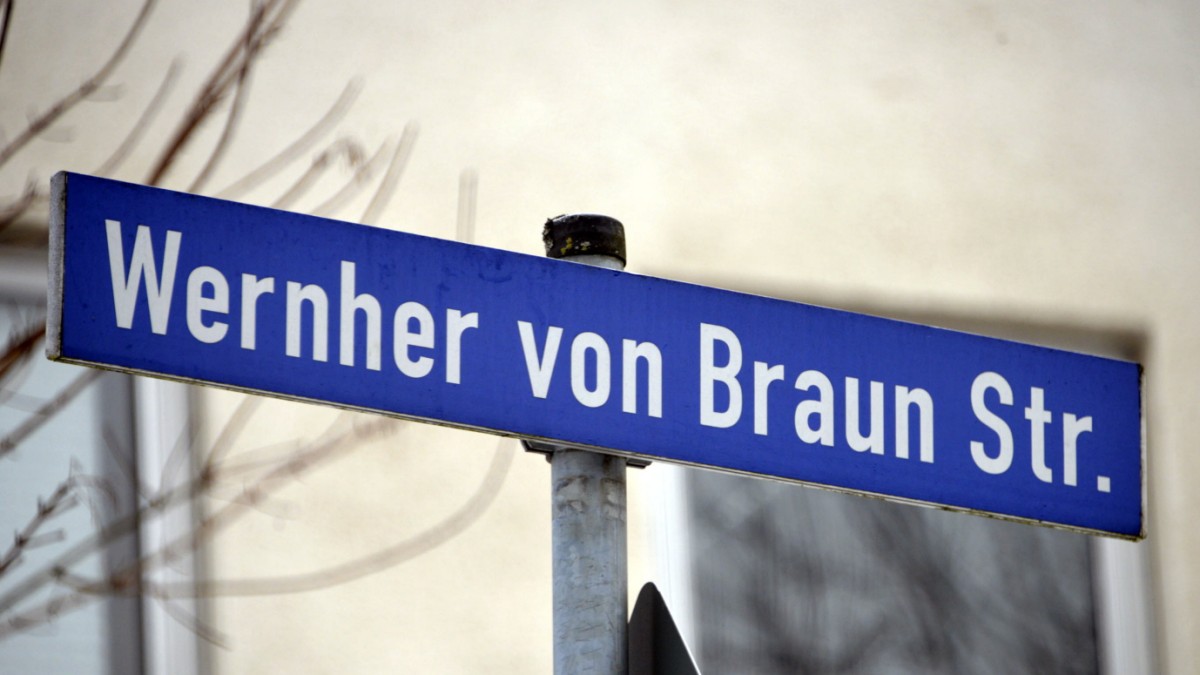 After years of debate, the city of Gersthofen remains on the controversial Wernher-von-Braun-Straße. On Wednesday night, a majority of the city council voted against the name change, even though a specialized commission commissioned by the city hall had previously recommended just that. Wernher-von-Braun-Strasse has long been a source of controversy in the town near Augsburg, as the rocket developer is considered by historians to have worked closely with the National Socialists, having been a member of the NSDAP and the SS-Sturmbannfuhrer. . Forced laborers and concentration camp inmates were systematically exploited to produce the aircraft he developed, such as the V2 rocket. It is said that up to 20 thousand people died. After 1945, he made a career in the US space agency, Nasa.

The fact that the city council voted against the name change again, as it did ten years ago, stunned Gersthofen historian and retired teacher Bernhard Lehmann. “This decision is intolerable and unacceptable,” says Lehman. The president of Gersthofer’s Stumbling Stone initiative is fighting hard for a more conscious culture of memory, and in January he submitted the corresponding application to the city council. “The historical evidence for Brown’s Nazi involvement is overwhelming.”

The City Council then referred the matter to an advisory board. He came to the conclusion: Wernher von Braun must give way. “We clearly and unanimously highlighted him as a participant in the crime,” said Josef Proel, who represented the commission’s victims. The fact that the city council ignored this recommendation was “shameful. It casts Gersthofen in a bad light.” His uncle, Fritz Proell, died in 1944 in the Mittelbau-Dora concentration camp, where Brown rockets were manufactured in inhumane conditions in underground tunnels.

“Then what would we do?”

Why did the majority of the municipality ignore the proposal? It would be nice to talk to Mayor Michael Worle (independent), who, according to participants, also voted against the name change. However, he could not be reached for comment on Thursday. CSU City Councilor Michael Fendt justifies his no by saying, for example, that he wants to conduct a critical examination of Brown as a person. A name change won’t help it. Instead, the city council decided to attach information boards to several street signs with historically charged names. Fendt hopes for an “educational effect”. He also asks himself whether he is not judging the past too carelessly from today’s perspective. “Then what would we do?”

In other Bavarian municipalities, people have long since given up on the problematic moniker. In the neighboring town of Friedberg, the Wernher-von-Braun-Gymnasium was renamed in 2014 and has been called the State Gymnasium ever since. In Memmingen, Wernher-von-Braun-Strasse has been re-dedicated as Rudolf-Diesel-Strasse.

People in Gershofen also thought they were on the right track. In 2018, the middle school was named after communist resistance fighter Anna Proel, mother of Josef Proel. From there it is only a few hundred meters to Wernher-von-Braun-Straße.