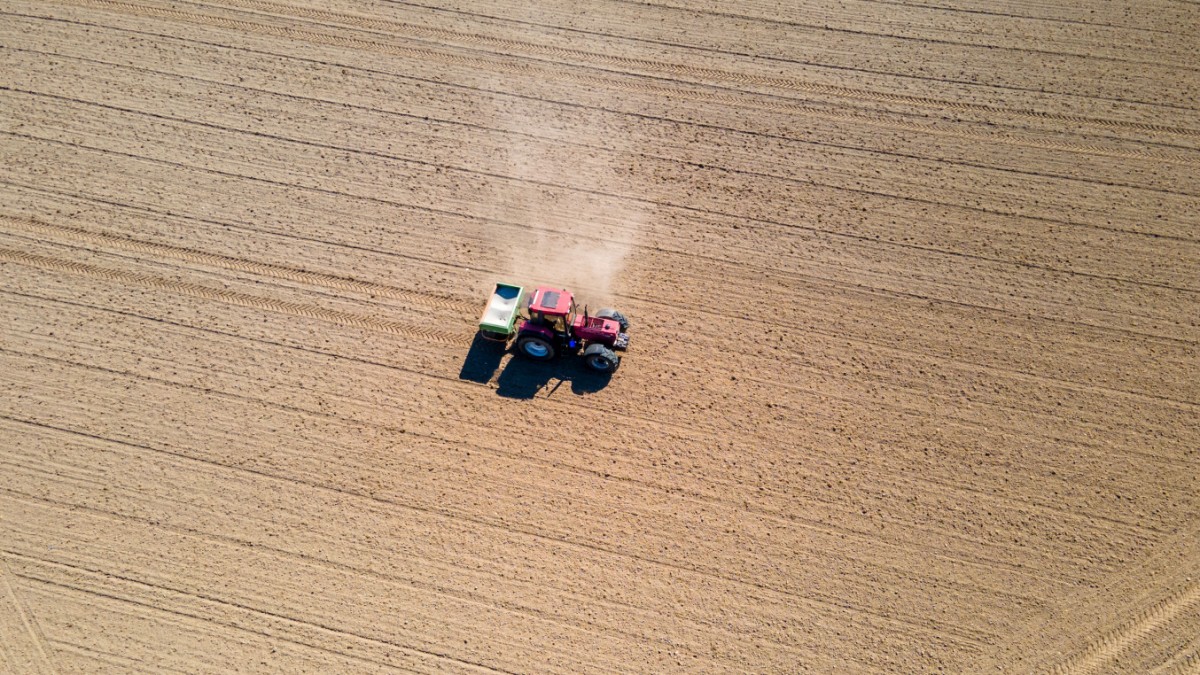 When the last frost passes after winter, fields and meadows can be fertilized again, actually. Whether it can be done so widely in the coming year remains to be seen. fertilizer is becoming increasingly scarce. The reason for this, as in many other areas at the moment, is high energy costs. They force many fertilizer producers in Europe to reduce production. some plants have already stopped altogether. And the fertilizer that is still being produced is now much more expensive than two years ago. The crisis has long since reached the local warehouses, which then supply the farmers in the region.

“The situation is serious,” said Richard Kinshofer of the agricultural warehouse Festl & Kinshofer in Poing. Although most farmers usually order in December next year, some have already tried to secure fertilizer. “Current prices are almost utopian,” comments Kinshofer. The variety, which normally costs an average of 20-30 euros per 100 kilograms, is currently more than 90 euros. He knows from some of his customers, farmers in the area, that they used much less fertilizer this year, especially in the meadow, and therefore had much less crops.

The main problem, Kinshofer explains, is nitrogen-mixed fertilizer, which requires a lot of gas to produce. Many farmers are now increasingly using waste biogas as fertilizer. They are usually not as common because wheat cannot absorb them as quickly as synthetic fertilizers. “The soil has to convert the organic phosphorus first,” explains Kinshofer, “and that’s not very efficient.” Switching to biogas is not necessarily the solution to all problems. those who use it as fertilizer have to drive the tractor through their fields much more often, and in doing so they also consume more expensive diesel. “If we don’t have enough fertilizer, the next crop will be much smaller,” he says. The period of seven to eight record harvests, as we have had in the past ten years, will be over for now. Due to the drought, Kinshofer predicts next year’s crop will be at least ten to twenty percent lower.

Many farmers stockpiled spring fertilizer as early as July and August

It has been clear for months that fertilizers are becoming scarcer, reports Markus Spötzl from the Raiffeisen warehouse in Asling. Alzone, a stabilized urea, and Piamon, a nitrogen-sulphur fertilizer, are particularly affected. For example, one of Germany’s largest fertilizer producers, the SKW nitrogen plant Piesteritz in Saxony-Anhalt, is currently at a standstill. “We can’t buy anything there right now,” says Spötzl. “We already had to shut down some farmers.” For example, production at BASF in Friedrichshafen or Yara, a Norwegian manufacturer with a branch in Rostock, has also been shut down. Many farmers have stockpiled fertilizer for the coming spring already in July and August. Markus Spötzl also mentions the possibility of switching to other less effective fertilizers. “One year should pass like this,” he says, “there is no way around it.”

Jacob Kraus, a farmer from Zorneding, has not yet ordered the fertilizer for next year. “Maybe it will be cheaper next year,” he says, “we don’t know.” Currently, it is difficult for farmers and warehouse operators to plan ahead, not least because fertilizer itself is becoming scarce. “The next problem is the lack of truck drivers to deliver the goods to warehouses on time,” he informs. Fertilization has already been done for this year. in the fall, only a limited amount of fertilizer can be used in the fields, for example, in late August, a small amount for summer rape. In the spring, after the frost, the fertilizer season starts until May. Jakob Kraus is lucky and can get liquid manure and biogas from his son-in-law’s farm, which can be used to fertilize winter wheat or silage corn. According to Kraus, however, this is not an alternative to potatoes or spring barley.

“We stocked up on fertilizer for next year when Nord Stream 1 shut down for the first time in July,” says Ludwig Huber from Zehmerhof in Pleining, “at an amazing price.” Fertilizer price fluctuations are currently huge. However, he warns. “If you haven’t stocked up on fertilizer now, you can be without it in the spring.” Fertilizer can be stored in silos or so-called big bags, that is, big bags made of synthetic cloth. “But you shouldn’t keep it in a silo too long,” says Huber. So bunker fertilizer is not the answer for the next few years either. However, he tries to see the positive. “Even if the harvest in Germany is less, we still have the opportunity to buy on the world market,” he says. “People in poorer countries can’t do that, so it’s a question of existence.” In addition, it should not be forgotten that the price of grain is currently good, although very volatile. Because if the price of grain drops overnight and you’ve paid too much up front for expensive fertilizers, you’ll quickly find yourself empty-handed. Huber sums it up like this: “The risk for farmers will be high.”