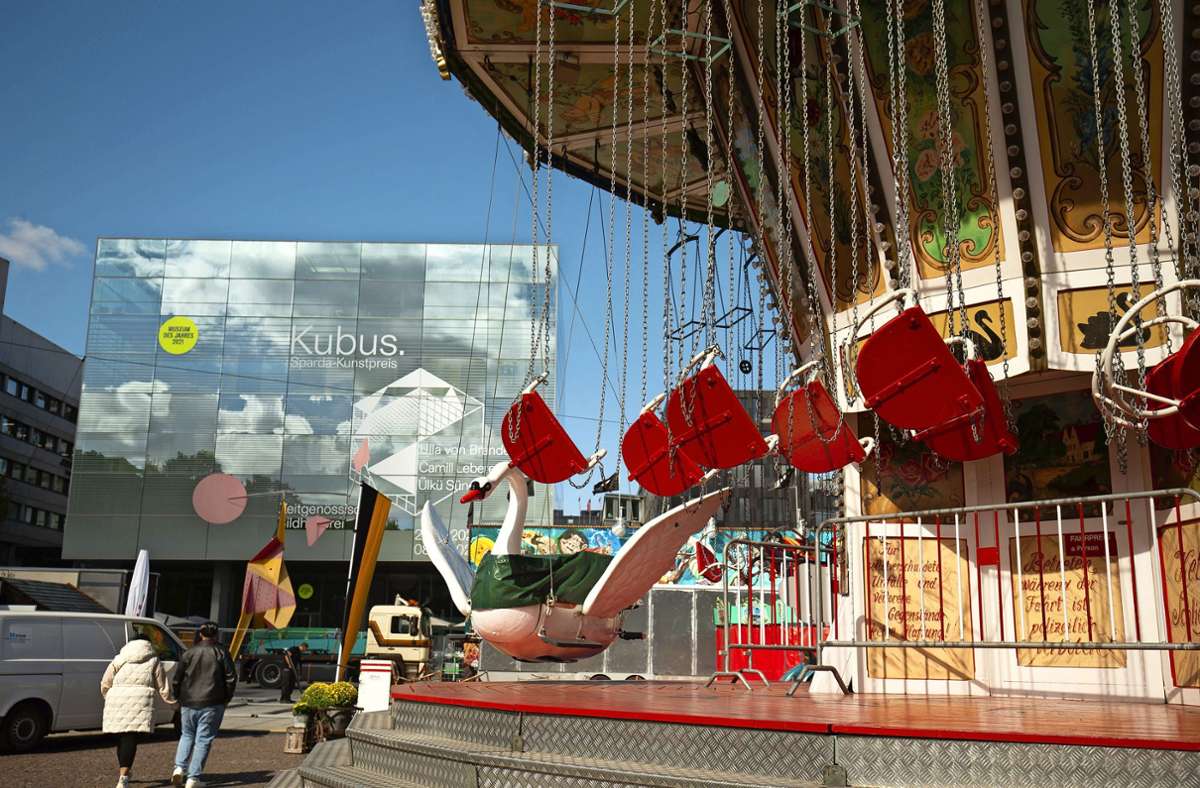 The historic folk festival is celebrated in the city center for the second time since 2018. It commemorates the origins of the Cannstatter Volksfest, which was founded to modernize agriculture and celebrate the end of a terrible famine.

The wonder never ends. We are well connected and can learn new things in seconds. In our mobile phones we have all the wonders of the world at our fingertips. Who still cares about historical hype, isn’t it old-fashioned? Obviously not. Half a million people came to Schlossplatz in 2018 because they like to marvel, because they felt that this festival was suitable for this city.

Now is the time to celebrate again. From Saturday 24 October to Monday 3 October, the historic bustle with the old carousels and fairground jugglers, the tightrope walkers and the flea circus returns to Schlossplatz. It was actually meant to be a one-time thing. In 2018 the Cannstatter Volksfest celebrated its 200th anniversary. Additionally, the 100th Great Agricultural Festival was held. To celebrate this double anniversary, the commotion moved through the Neckar to downtown Stuttgart for the first time in its history.

After careful consideration, he found his new home there. Also because visitors asked to speak via emails and letters, they announced that the festival was to remain at Schlossplatz. Initially, the plan was to place it on the Wasen as part of the Cannstatter Volksfest. But how to design a historical fair alongside the folk festival? Admission should be free, it should be recognizable and it should attract customers who have deliberately gone to Schlossplatz and not Wasen. Because there are too many people there, too many drunks, it’s too loud and too excited. And how often do you party? After all, you occupy the central square of the city for two weeks and spend almost a million euros. The city council decided to celebrate every four years. Whenever the main agricultural festival takes place. After all, this is the core of the Cannstatter Volksfest.

Back – but with obstacles

And as the calendar says: After two years of Corona, the folk festival is coming back strong. Animation and main party on the Wasen, historical folk festival on the palace square. It would be a “great challenge” as Andreas Kroll, managing director of organizer in.Stuttgart, says, but over the past two years “many processes have been lost that need to be repeated”. In addition, a number of service providers no longer exist and have sought other employment.

After all, the marquee was still there, in.Stuttgart could borrow it and the new owner Michael Schmücker installed it in the main courtyard of the New Palace. There is room for 1500 visitors. There is Swabian food like Beef Mouth Salad, Pork Head Aspic, Sour Tripe, Collegium Wirtemberg has created a Cuvée 1818 from Dornfelder, Pinot Noir, Heroldrebe and Lemberger. Hofbräu festival beer costs 6.30 euros per half litre, so beer is also 12.60 euros. Prices for folk festivals from 2022, not from 1818. Not only the food is still Swabian. Also the music. “Authenticity” is the watchword of Wulf Wager, who had the idea for the historical hype a good ten years ago. When it comes to customs, he knows his way like few other people in the country, not only when it comes to traditional costumes, but also when it comes to music. So he rolled over old notes and rearranged them. Every day, traditional bands such as Bungee Music or Trotter, who play “authentic pub music”, perform. The performances are followed by a break, “there must not be a continuous sound system”.

ash before the sun

The shops in the square are also authentic. The flea circus returns, the track of the crawlers, the jugglers and tightrope walkers, the old post office. A swan flyer and a historic ghost train are new. The center of the square is the Jubilee column, which turns into a fruit column. Jürgen Weisser from the German Agricultural Museum has designed an exhibition there with Wager. She tells how after the eruption of the Tambora volcano in Indonesia a cloud of ash covered the sun, how Württemberg drowned in the rain, the harvest rotted, people starved and died for two years. King William I founded the festival in 1818, recognizing that those days are over. It was intended to be used for fun, but also as an agricultural fair where farmers could compete and learn. Wilhelm founded the University of Hohenheim and the first agricultural factory in Germany. This festival tells how this country and this city grew from one of the poorest houses in Europe to one of the most prosperous regions on the planet, how an industrialized country emerged from an agrarian state plagued by hunger and disease.

Opening hours
The historic folk festival is celebrated from September 24 to October 3. It is open daily from 11 a.m. to 10 p.m.