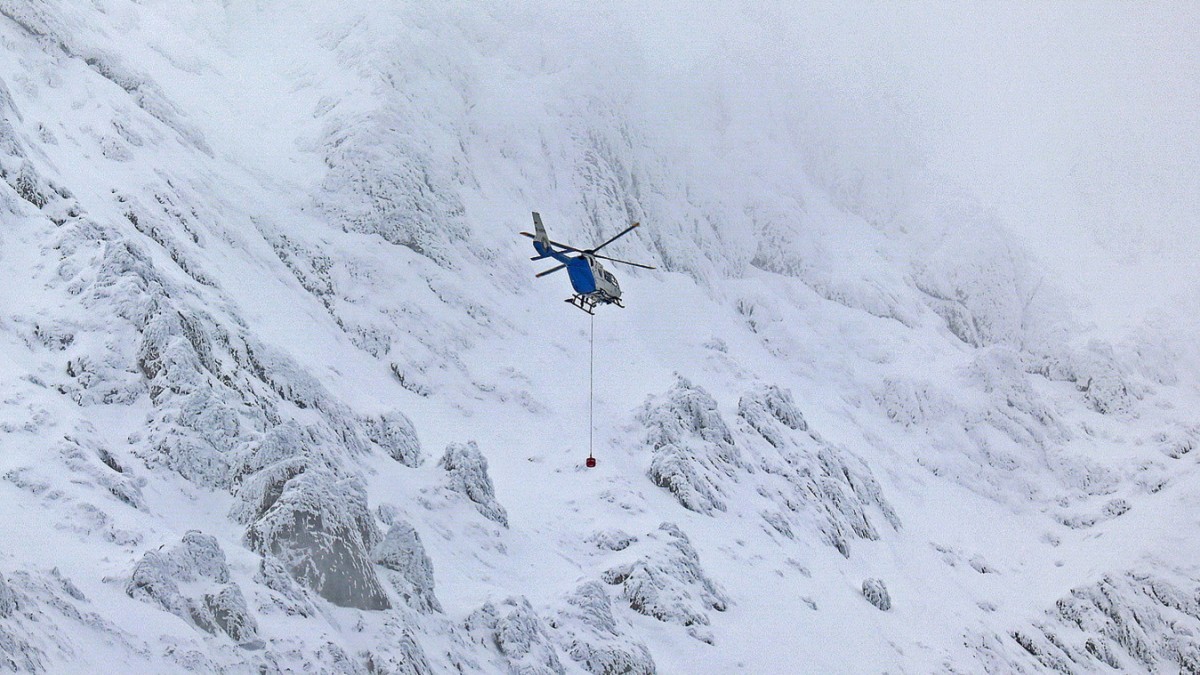 During the search for a 24-year-old man who crashed in the Hochkalter on Saturday and has been missing since then, mountain rescuers from Ramsau and Berchtesgaden found the young man’s backpack late Wednesday afternoon. Because the 2,607-meter mountain was repeatedly surrounded by thick clouds on Wednesday, it was initially not possible to fly additional emergency services to the mountain to search for the missing.

Already in the morning, the mountain rescuer in the police helicopter over the Hochkalter suddenly heard a signal that could be a sign of hope. outdoor clothing, was hit.

However, the mobile phone or notebook of the 24-year-old man who slipped during a snowstorm at an altitude of about 2,500 meters in the morning did not reflect the signal received from the buoy. Instead, two mountain rescuers, who were helicoptered down the cable winch on the steep slope, initially dug only remnants of the balloon and electronics from the deep fresh snow.

Only after many hours, the rescuers found the backpack, but not the missing person, who was last contacted by phone on Saturday evening. A dramatic search operation in extreme weather conditions involving dozens of mountain rescuers turned into a race against time with an open end. It wasn’t until Wednesday that the weather finally allowed for longer search flights. The Bundeswehr Eurofighter was also used during the search. It supported rescuers with positioning technology and high-resolution aerial photos late Wednesday afternoon, the Bavarian Red Cross said Thursday morning.

In the valley, other members of the mountain rescue services from Ramsau and Berchtesgaden were on hand all day, and in the afternoon also a large transport helicopter from the federal police, which could take them directly up the mountain. Climbing on foot in search of the missing person, according to the operations manager, was unlikely to promise success, given the ice cliff, the snow cover up to three meters high in places and the high risk of avalanches, but rather continued; they put mountain rescuers in danger.