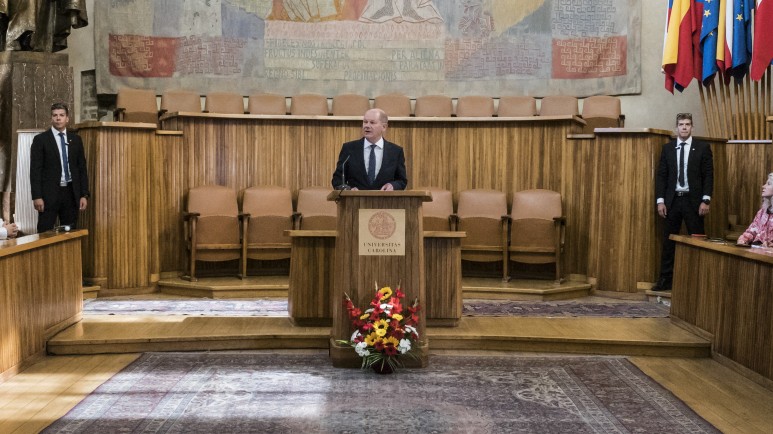 The Duden defines the term optimism as “a confident attitude toward something determined by positive expectations.” Whether and to what extent this positive expectation is related to reality is sometimes a different question. On Tuesday, this gap could be clearly seen in Brussels.

The “issue” discussed at the meeting of high-level representatives of the EU member states was quite important: a possible reform that weakens the principle that the European Union should take all decisions by consensus in the common foreign and security policy. This rule applies, for example, when the EU wants to impose sanctions on another country, such as Iran or Russia. Instead of unanimity, according to the ideas of some states, including Germany, it should be possible to adopt such decisions in certain cases by the so-called qualified majority. Roughly speaking, this corresponds to a two-thirds majority of states.

The purpose: when time is of the essence in a crisis, the EU must be able to act quickly and not lose itself in a rigid search for consensus. And. it should no longer be so easy for individual countries to block EU-wide decisions.

Not so long ago, Hungary in particular was troubling in this regard. For example, the Budapest government vetoed a joint EU call to appoint a UN special rapporteur on Russia’s human rights abuses. Hungary is also threatening not to extend EU sanctions against Russia over its invasion of Ukraine unless some oligarchs are freed. This rebellion angers the rest of the EU. Hungary is behaving like a “traitor,” some diplomats complain.

In this sense, it could be assumed that Hungary will face a broad front of EU countries that want to weaken the principle of unanimity at the meeting on Tuesday. Apparently, the representative of Germany went to the meeting with this expectation, at least that’s what he said. “I am quite optimistic that we can make progress on majority decisions,” said Greens politician and minister of state Anna Luhrmann. Europe in the Federal Ministry of Foreign Affairs. It happened before the negotiations.

After the negotiations, however, the Minister of European Affairs of the Czech Republic Mikulas Bek described the situation as it really is. The debate on the topic is not in vain, he said. But what about the results? “I am not so optimistic about that,” Beck said. The Czech, whose country will preside over the EU Council until the end of the year, promised to try to find a solution to the problem. Perhaps some “limited progress” is possible.

The right of veto is important for small member states, otherwise no one would listen to them

The statements of other representatives of the government also show that limiting unanimity will not be easy. Hungarian Justice Minister Judit Varga’s resistance in this regard was not really surprising, her reasoning was remarkable. Hungary wanted to “return to the spirit of cooperation in the EU,” Varga said.

But other EU countries, which do not have the political and economic weight of Germany, were also skeptical. The right of veto is a guarantee for small European countries that they cannot be overthrown by a coalition of big ones, that they should at least be consulted. Europe has yet to reach a unanimous decision on sanctions, Austria’s chancellor for EU affairs, Caroline Edstadtler, warned on Tuesday. And Ireland’s Secretary of State Thomas Byrne nervously said that his country has other concerns at the moment. “We have to see how we heat the houses this winter,” he said.

There are also legal issues related to the planned reform. To move generally to majority rule in foreign policy, the EU treaties would have to be changed, a titanic task that no one wants to tackle seriously. Alternatively, states may temporarily and in individual cases decide that a qualified majority is sufficient for the relevant decision. However, they can give this permission only by consensus, which does not fundamentally solve the veto problem.

Despite all these obstacles, the issue is probably not settled. On the one hand, because Germany will continue to push. Chancellor Olaf Scholz (SPD) announced the change to the unanimity principle as an important project in his keynote speech on Europe, which he gave recently in Prague. So Berlin is under pressure from the highest level.

On the other hand, the issue of majority decisions is closely related to the issue of EU enlargement. Eastern European countries in particular, which want to maintain unanimity, are also demanding their region, primarily Ukraine, to accept further members. And whether it is possible, if all 27 countries have to agree, is an open question. as well as whether the Union will not be permanently paralyzed in terms of foreign policy if 30 or more members must find a consensus before each decision.