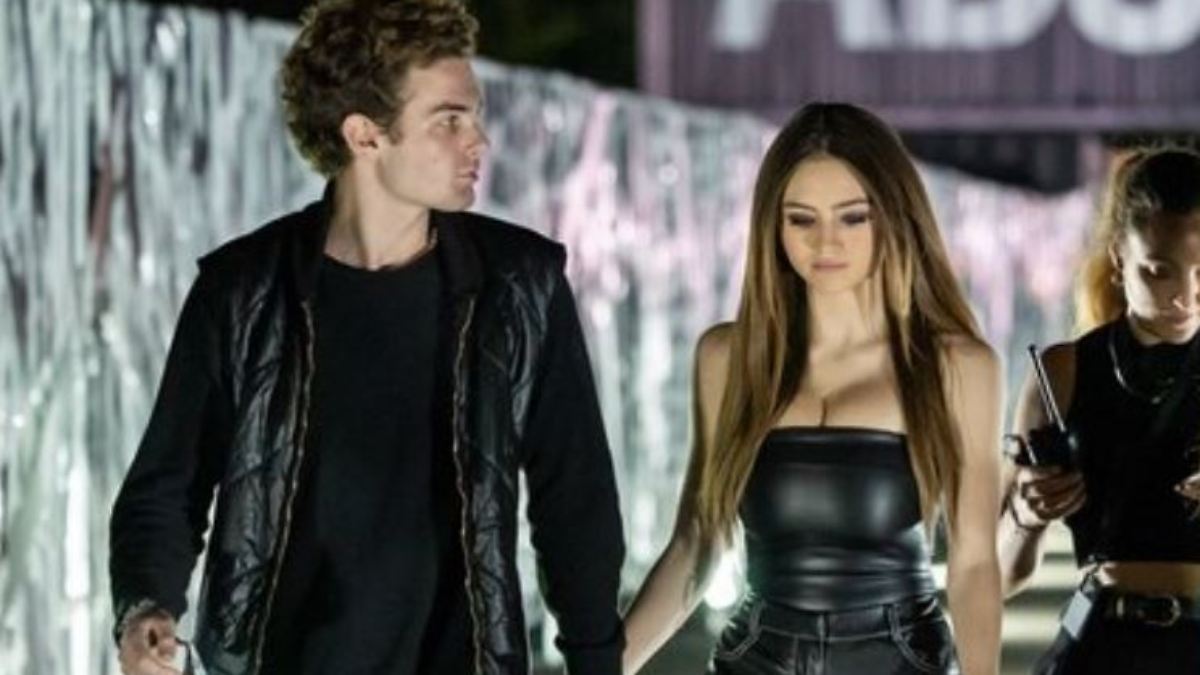 It works for Leni Klum. Not only in terms of a career on the catwalks, but apparently also in love. The 18-year-old girl is now very intimate with her boyfriend Aris Rachevsky at Milan Fashion Week. Mama Heidi’s heart soars, too.

At Milan Fashion Week on Tuesday night, they were definitely among the real eye-catchers: Leni Klum and her boyfriend Aris Rachevsky. Hand in hand and perfectly styled, they both presented themselves to the photographers.

The 18-year-old wore an all-black leather outfit consisting of a bandeau top, high-waisted leather trousers and platform boots. Smoky eyes and loose, blow-dried hair completed her look. She once again showed her sense of unusual styles.

But her boyfriend, who was born in 2003, also threw himself into the casual outfit. Rachevski wore khaki pants with wide legs and a black quilted vest over a dark sweater.

Leni Klum opened “About You Fashion Week” in Milan, which also made her mother Heidi Klum very proud. The 49-year-old woman posted several clips on her Instagram page, in which her daughter is on the catwalk, in the dressing room or in conversation with other participants of the event.

In the interview, the “model mom” talked about her daughter’s first year on the catwalk and was especially excited about Leni’s “authenticity.” “It went really well,” concluded Heidi Klum. She also explained what she thinks is the biggest difference between her and her daughter: “She’s not really like me, I love being a richly decorated Christmas tree.”

You don’t need it to feel comfortable, Heidi Klum continued to blurt out. “Then I can get comfortable in my coffin.

Leni Klum is the eldest child of the presenter “Germany’s next top model”. He comes from a relationship between his mother and Formula 1 manager Flavio Briatore. She has three half-siblings – two brothers born in 2005 and 2006 and a sister born in 2009. They come from Heidi Klum’s later marriage to singer Seal, which broke up. The presenter is now married to Tokio Hotel musician Tom Kaulitz.