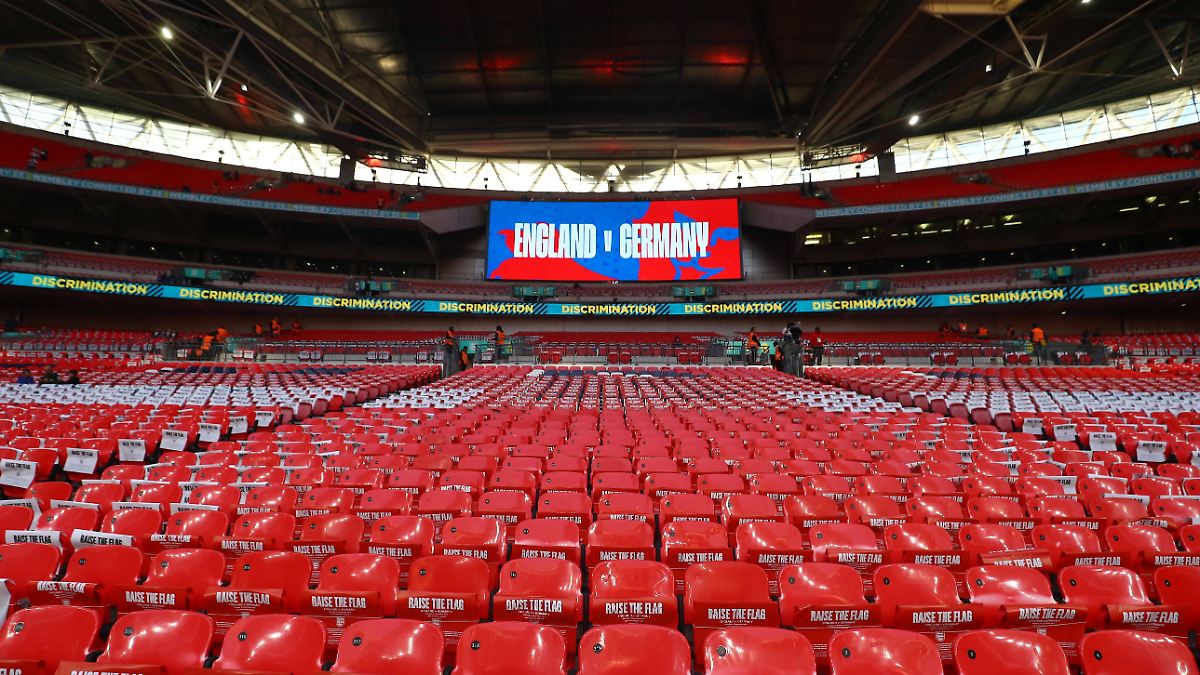 It will not be without unrest. There have been injuries and an arrest in a raid on a pub frequented by England fans near Wembley Stadium. The perpetrators are pretending to be British, but police believe they are German “fans”, ntv.de reported upon request.

The spectacle was provided by the players at Wembley Stadium, the debacle by German hooligans at the Green Man Pub in London. Four arrests, several Englishmen injured, three of them seriously. About 100 German hooligans caused huge trouble two hours before the start of England’s match against Germany near Wembley Stadium, the Metropolitan Police confirmed to ntv.de upon request.

“At 17:50 local time, a group of around 100 masked men approached a pub on Dagmar Avenue in Wembley through an alleyway leading to the car park,” London police said in a statement to ntv.de: “Some were wearing them. England hats and scarves. However, it can be assumed that they are German ‘fans’.”

Videos posted on social media appear to confirm the information provided by the police. They show the moment of the attack on the pub, which is said to be particularly popular with families. Videos show a black mob storming the beer garden and being quickly pushed back.

“Some people suffered head and facial injuries,” police said. “So far, three people are known to have suffered serious injuries to their legs, wrists and thumbs. None of the injured are in danger of life.”

“I’ve never seen anything like it,” London’s INews quoted an eyewitness to the incident. Paramedics would have to treat a number of people who were bleeding profusely. A spokesman for London Ambulance Service, Britain’s main emergency service, confirmed that five people had to be hospitalized as a result of the altercation.

Fans of German teams were recently involved in violent clashes during two European Cup appearances in France. There were a lot of problems both in the Cologne conference league match in Nice and in the Champions League match between Marseille and Frankfurt.