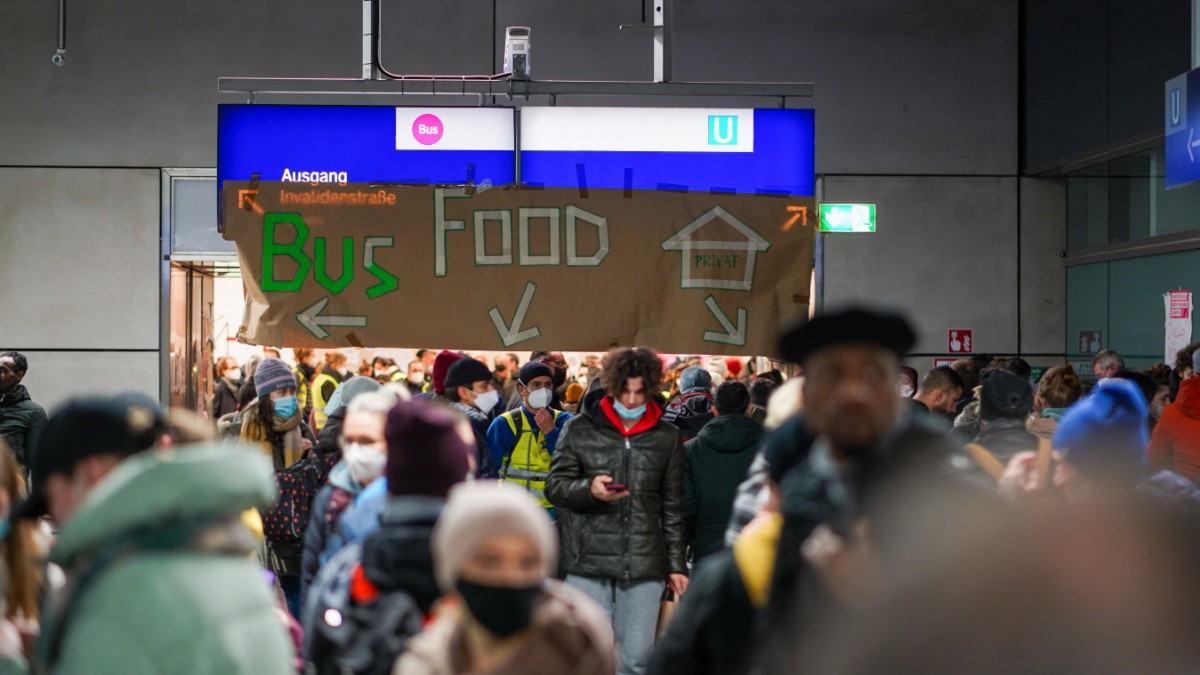 It gets cramped in refugee shelters. 2022 is likely to be the year when even more people have arrived than in the refugee summer of 2015; Berlin alone took in more than 80,000 people despite a severe housing shortage, as many people as lived in Konstanz. Bayern almost once swallowed Passau for 58 thousand. No wonder, then, that the federal states are sighing. They can. So far, this crisis has been resolved relatively quietly.

However, Bavarian Interior Minister Joachim Herrmann has now made a subtle distinction. The problem “primarily” is not the flow of Ukrainian war refugees, but “the fact that we have been fighting a significant increase in the number of asylum seekers for some time.” It meant those seeking protection, primarily from countries such as Syria, Afghanistan, Iraq and Turkey.

Good refugees, bad refugees. the minister reinforces a distinction that should be taboo. Yes, Ukrainians sometimes do less work for the authorities. Even seven months after the start of the war, many of them find private accommodation. Thousands of people are learning German and have registered to look for a job. Even better, when the attacks on Kiev subsided, they returned home in droves.

But you can do it too. On the other hand, language courses have so far been provided to asylum seekers only if they have good prospects of staying or only after successfully completing their months, sometimes years, of procedures. They must serve up to 18 months in anchor centers far from society, and some of the children here remain out of school for the first six months. Asylum seekers with poor prospects in Bavaria are sometimes forced to stay in these walled barracks, even if the wife and child are German.

Germany cannot influence asylum seekers here. However, institutional structures do affect how these people can thrive here and how society treats them. While the old federal government led by Interior Minister Horst Seehofer recently belittled asylum seekers through many hardships, it appears that Ukrainians now have honorary status thanks to a mass influx directive activated by the EU. They only get a chance to live a normal life here.

They don’t live separately, they send their children to school, and the job center offers them work. It helps them as well as German society in dealing with them; prejudices disappear as we allow strangers to approach us. And integration is only as good as the sooner newcomers interact with mainstream society. Mass accommodation far from municipalities makes arrival almost impossible.

Instead of arguing against a smaller group of asylum seekers, Joachim Herrmann and his colleagues should also be able to improve their situation, and thus their acceptance among the population. With the coalition agreement, traffic lights have already agreed on language courses for everyone; hopefully the anchor center model will be finished as well. It is not about beauty, but about future social cohesion, because many Syrians, Afghans, Iraqis and Turks will also stay with us. And the protective idea of ​​the right to asylum continues to work, regardless of origin.