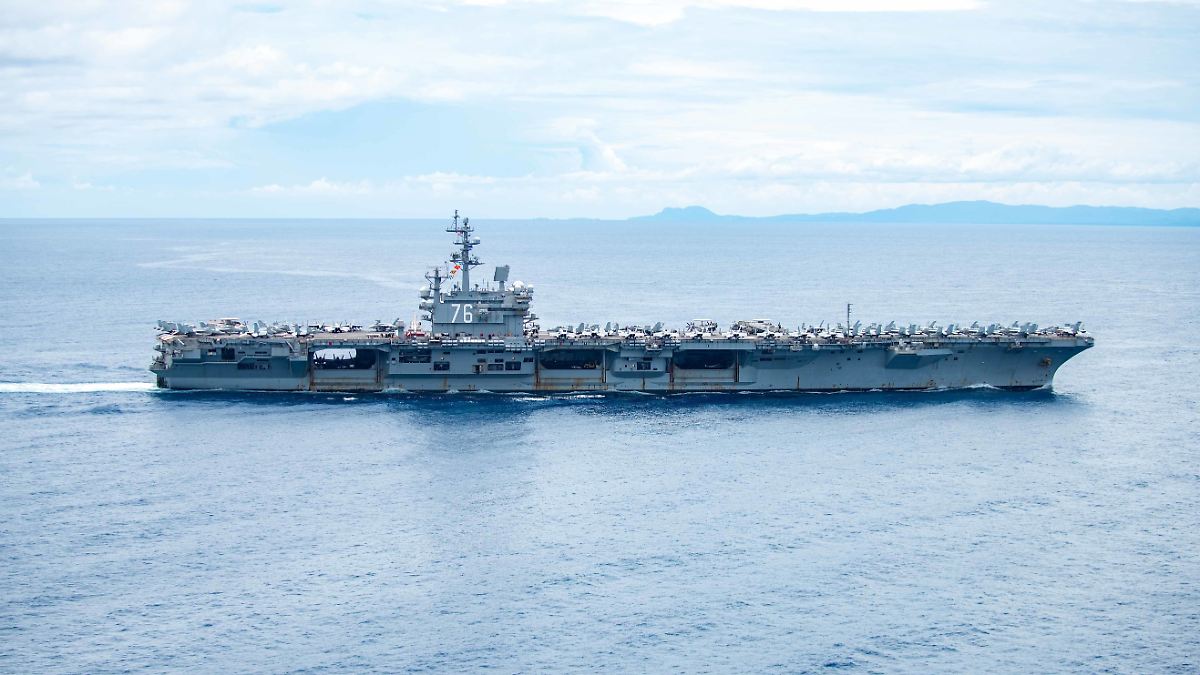 North Korea has passed a law that allows the country to use nuclear weapons in the event of a threat. In response, South Korean President Yoon Suk Yeol wants to hold more maneuvers with the United States. Washington is sending an aircraft carrier to the region for this purpose.

In preparation for a joint military exercise, an American aircraft carrier arrived in South Korea for the first time in about five years. The arrival of the nuclear-powered USS Ronald Reagan in the port city of Pusan ​​demonstrates “the strength of the alliance between South Korea and the United States,” a defense ministry official said in Seoul. The exercise is intended to send a signal of strength to internationally isolated North Korea.

South Korean President Yoon Suk Yeol, who was sworn in in May, would like to increase the number of joint maneuvers with the United States in light of ongoing tensions with Pyongyang. The now-planned exercise is supposed to “deter North Korea from threats of nuclear weapons and missiles,” according to South Korea’s defense ministry.

Since the beginning of the year, Pyongyang has tested more weapons systems than ever before. On September 9, the Parliament approved the Law on Nuclear Policy. Among other things, this envisages the use of nuclear weapons not only as a deterrent, but also automatically in the event of an imminent attack on the leadership. The authoritarian state already describes itself as a nuclear power in its constitution. It is subject to harsh international sanctions for its nuclear weapons program. Pyongyang accuses the United States of hostile policies.

South Korea and the United States fear Pyongyang could test nuclear weapons for the first time since 2017. Washington is Seoul’s most important military ally. About 28,500 US troops are stationed in South Korea.