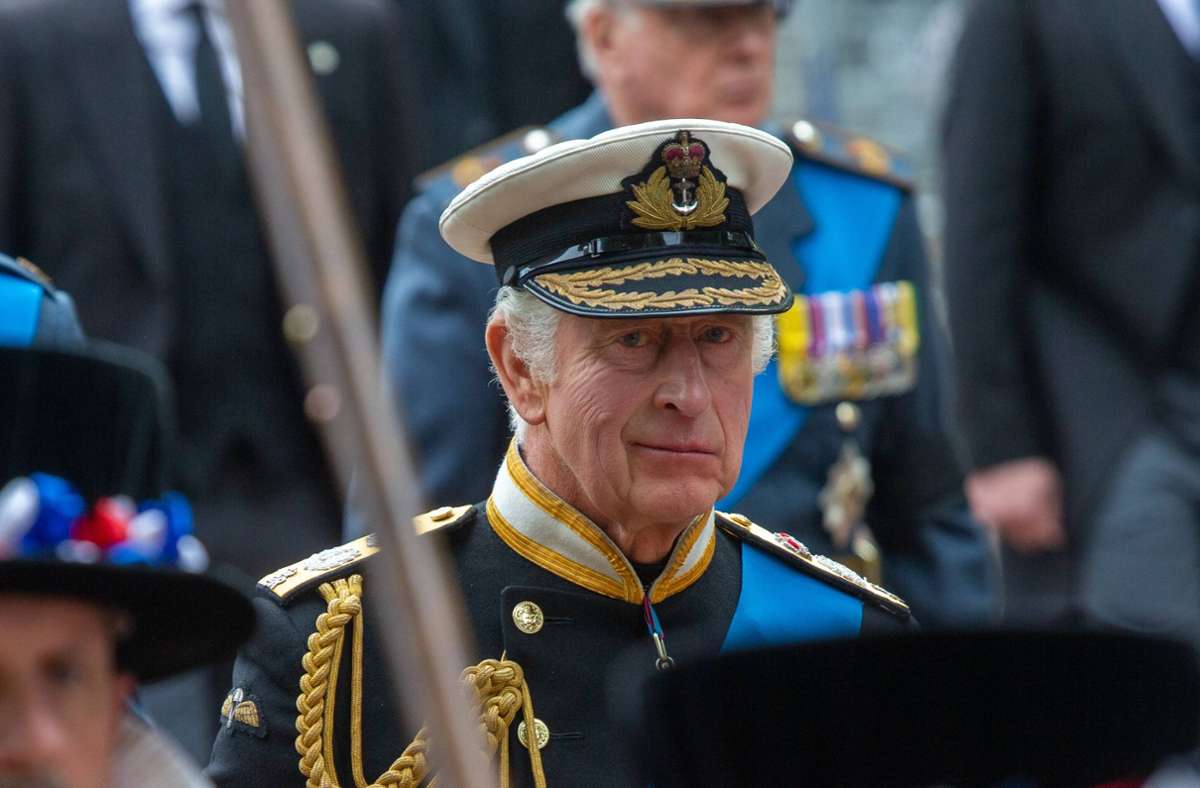 There are few voices critical of the monarchy these days. But the discussion will come: On the costs of the royal house, its relevance and its role in colonialism.

It was a time that King Charles III. must not have been pleasant: “Charles,” shouts a man in Cardiff, Wales, last week as the monarch and his wife Camilla shake hands at a barrier. “As we struggle to heat our homes, we have to pay for your parade. Taxpayers are shelling out £100m for you. Why ? The king winces and continues on his way.

There are few voices critical of the monarchy these days. The respect for the late Queen’s work is too great. Too much love for “Her Majesty”, Elizabeth II for many. But the discussions will come: on the costs of the monarchy, if it is still relevant and what guilt it carried in colonial times. And in some Commonwealth countries, we will wonder if it is still appropriate to have a king from the other side of the world at the head of the state.

Kris Manjapra, a history teacher who deals with the subject of colonialism, has criticized in several TV interviews that the royal family’s role in colonialism hardly plays a role in British reporting on the Queen’s death. But the fact is that the very sight of the crown also meant anger and pain for many people.

Now there are calls for an investigation into the extent to which the royal family in particular has profited from the exploitation of foreign peoples. “As long as she ruled, the establishment was able to cover up the horrors,” comments British columnist Afua Hirsch. “Now is the time for painful truths.”

Political commentator Adeshola Mos-Shogbamimu said in an interview with the American television channel MSNBC: “The queen means different things to different people. (…) When she became queen, she was queen of the empire and the he empire was a colonial power.” Colonialism and atrocities committed in the name of the crown are part of the queen’s legacy.

“May their pain be unbearable”

Rarely have critics been as harsh as those of Nigerian-born professor Uju Anya of Carnegie Mellon University in the United States. She tweeted as Elizabeth II lay dying: “May her pain be unbearable. Twitter deleted the post, with Anya explaining her failure: “If anyone expects me to express anything other than contempt for the monarch, who oversaw a genocide-supported government that massacred and expelled half of my family and which those alive today are still trying to overcome, you can continue to wish fervently.

In the former Caribbean colonies, signs of Commonwealth disintegration are expected to continue at a faster pace after the monarch’s death. In Antigua and Barbuda, the head of government had already announced a referendum on the detachment of the British royal family even before the queen was buried.

Barbados split from the British royal family last year, and in Jamaica, Prime Minister Andrew Holness hinted at the farewell to the crown when Prince William and Duchess Kate stood next to him. King Charles plans to send Prince William and Princess Kate to Australia as quickly as possible to nip any Republican efforts in the bud with a royal charm offensive.

In Britain itself, calls for a republic are still an absolutely minority opinion: the interest group Republic, which advocates an elected head of state, has nevertheless called for a “national debate” on the future of the monarchy. just two days after the Queen’s death. But such tones are still almost unknown. According to a poll, 67% of Britons want to keep the monarchy.

“Monarchy is a kind of religion”

“The monarchy is a kind of religion,” says the Guardian, very critical of the royal family. The unprecedented flow of pilgrims to her coffin ahead of the funeral showed the Queen now has saint status. His splendor still falls on his son.

But Charles can’t afford to make mistakes. He must follow his plan of “lite monarchy”. According to a poll by the “Daily Express”, nearly two-thirds of Britons would like a leaner royal family with fewer representatives. Charles’ coronation, which will probably take place next spring or summer, shouldn’t be too complicated either – after all, Britain is also suffering from inflation.

In order to be as economical as possible with taxpayers’ money, the king does not seem to hesitate to make painful cuts: according to the Guardian, a hundred employees of Clarence House, the former residence of Charles, have already been warned in advance that they could lose their jobs if Charles and Camilla moved to Buckingham Palace.