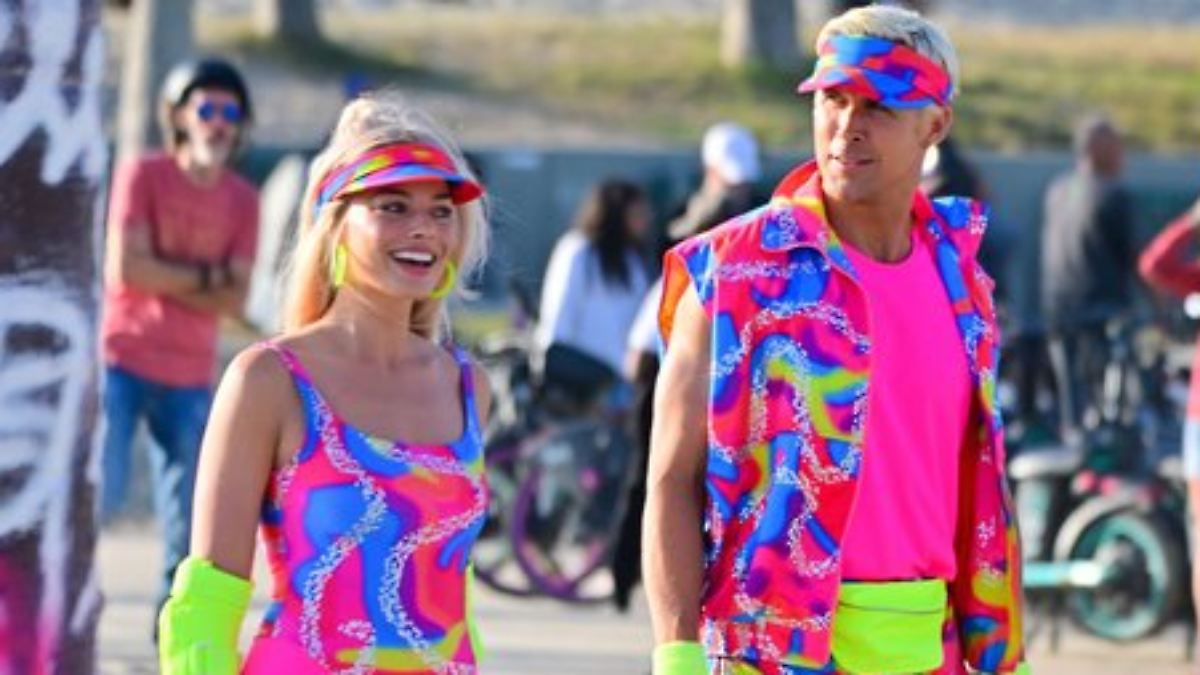 “The Most Humiliating Moment”
Margot Robbie was embarrassed during the performance of “Barbie”.

Pictures from the filming of the movie “Barbie” are circulating in June. Actress Margot Robbie and her co-star Ryan Gosling are seen in neon outfits on roller skates. For the thirty-two-year-old woman, it was one of the most embarrassing moments of her life, as she now reveals.

Margot Robbie has described leaked photos from the set of her upcoming film Barbie as one of the most embarrassing and humiliating moments of her life. At the end of June, paparazzi photos from the Venice Beach shoot in Los Angeles were published. These showed the Australian actress and her Canadian co-star Ryan Gosling in garish, neon-colored suits on roller skates. The images drew a lot of ridicule and anger – especially on social media.

Robbie talked about the photos on “The Tonight Show Starring Jimmy Fallon.” “I can’t tell you how embarrassed we were,” said Robbie, 32. In the pictures, the two were seen smiling, but inside, she and Gosling “died” at that moment. “I was like, ‘This is the most embarrassing moment of my life!'” Robbie continued.

She had no idea that the pictures would make such a round in the media, even though she knew she was being photographed. “It was amazing, hundreds of people watched. It was immediately clear to her that her outfits could “stand out a little”.

At least after that, Ryan Gosling has no problem with this appearance on Venice Beach. According to his own statements, he was immediately excited about his appearance Kena. When he first saw himself in the role, he thought, “Finally, it’s finally happening,” he told industry magazine “Variety” in July. “It takes my whole life. Gosling said he felt like he was seeing himself. A: “I felt seen. I think a lot of Kens will feel represented when they see this.” He does it “for the Kens of this world.”