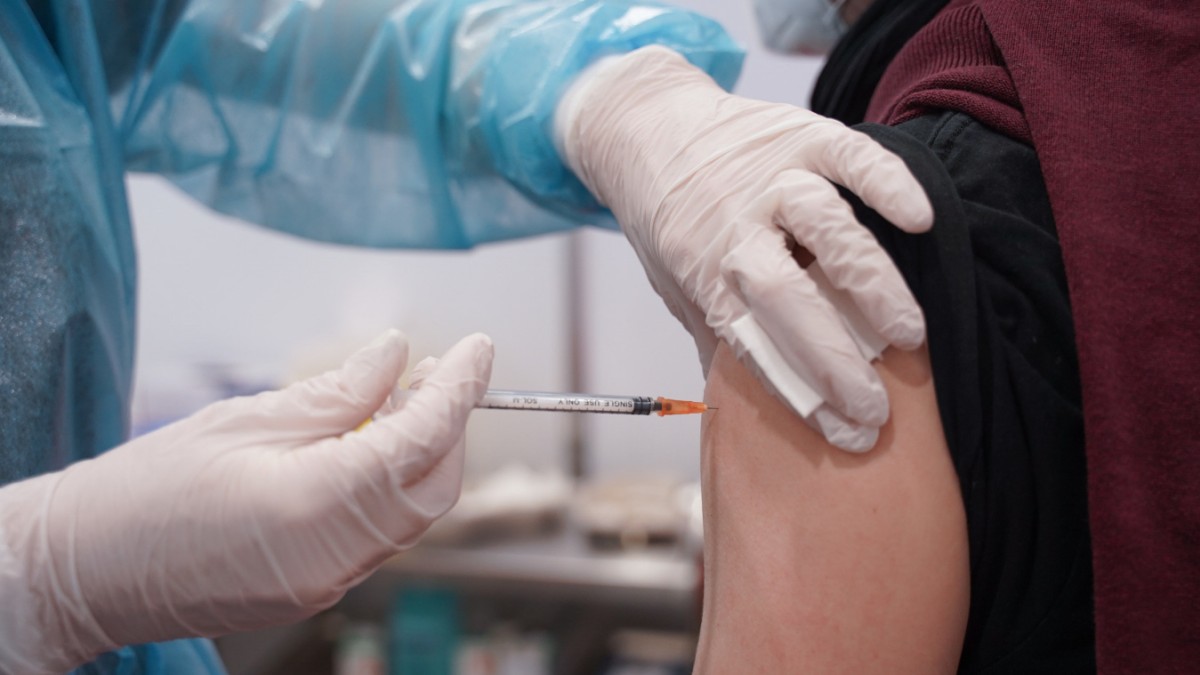 Oktoberfest, the beginning of school, the beginning of the cold season. these components do not currently indicate that the coronavirus may soon be a thing of the past. In fact, given the underlying conditions, it is more likely that the epidemic will experience a resurgence in the coming weeks. According to head Gerhard Schmid, the health department of the Munich region also expects. “.

The question remains, how the population protects itself from impending dangers. For the vaccination center in Oberhaching, Johanniter Unfall-Hilfe spokesman Gerhard Bieber can at least announce a “significant increase in vaccinations” since the beginning of this week.

Previously, only ten people who wanted to be vaccinated came to the Keltenring center a day, but now their number reaches between 30 and 50. two adapted to the Biontech/Pfizer and Moderna vaccines of the Omikron BA.1 variant. “We’re hearing from a lot of patients that they’ve been waiting to get a boost with this vaccine,” Bieber said. On the other hand, a planned visit to Wiesn is only occasionally given as a reason for vaccination.

“Many of the vulnerable groups are alert and watching closely.”

Conversely, according to Bieber, many older people are deliberately avoiding Oktoberfest this year and are also currently planning their shopping so that they interact with as few people as possible. “A lot of people from vulnerable groups are on the alert and watching closely,” says a Yohaniter spokesperson.

The Malteser Aid Service Vaccination and Testing Center in Haar has also been busier for a few days than it has been for the past few weeks; the number of vaccinations and tests has increased slightly in the past few days, according to director Alexander Brandsteiter. There is also an increase in positive test results.

Although the increase in demand for tests is most likely related to the start of Oktoberfest, Brandsteiter, like his colleague Bieber from Johanniter, sees the reason for the higher demand for vaccinations mainly in two new adapted vaccines. In any case, the Department of Health recommends registering online at https://impfzenten.bayern or by phone via the call center of the respective vaccination center.

The new vaccine protects against the omicron variant BA.1, but even the newer BA.5 booster is not yet available.

So, while the new vaccine is already being happily administered in Oberhaching and Haar, there are clearly still occasional misunderstandings in doctors’ offices; Everyone who has been vaccinated understands why the new vaccine. The material now in use protects mostly against “an older version of BA.1,” Jost reports, “but hardly more than the previous one against the currently dominant BA.4 plus. BA.5”.

The fact that the European Medicines Agency (EMA) recently approved the BA.5 booster has caused confusion among patients; “This vaccine, approved through emergency approval, is not yet available,” Jost emphasizes. Recently, he even had to send away a potential vaccinator who only asked for this new preparation.

According to medical officer Gerhard Schmid, vaccination is still the most effective way to minimize the risk of serious diseases. It can be assumed that a significant part of the region’s population has already come into contact with the virus in recent years, “whether through infection or vaccination,” says the head of the health department, who, however, has to limit. This means that there is certainly some, if only relative, protection.” According to the Robert Koch Institute (RKI), about 40 percent of the region’s population has tested positive since the start of the epidemic, speaking only to a limited extent.

However, despite the impending increase in infections, the health department is optimistic about the current situation. it can already be assumed that the actual number of infections is significantly higher than the seven-day case reported by the RKI (248.5 on Wednesday). ), but “the courses currently appear to be milder than, for example, infections with the delta variant,” emphasizes Schmid. After the death of two men in their mid-90s was reported last week, the death toll from the coronavirus in the district has reached 388.