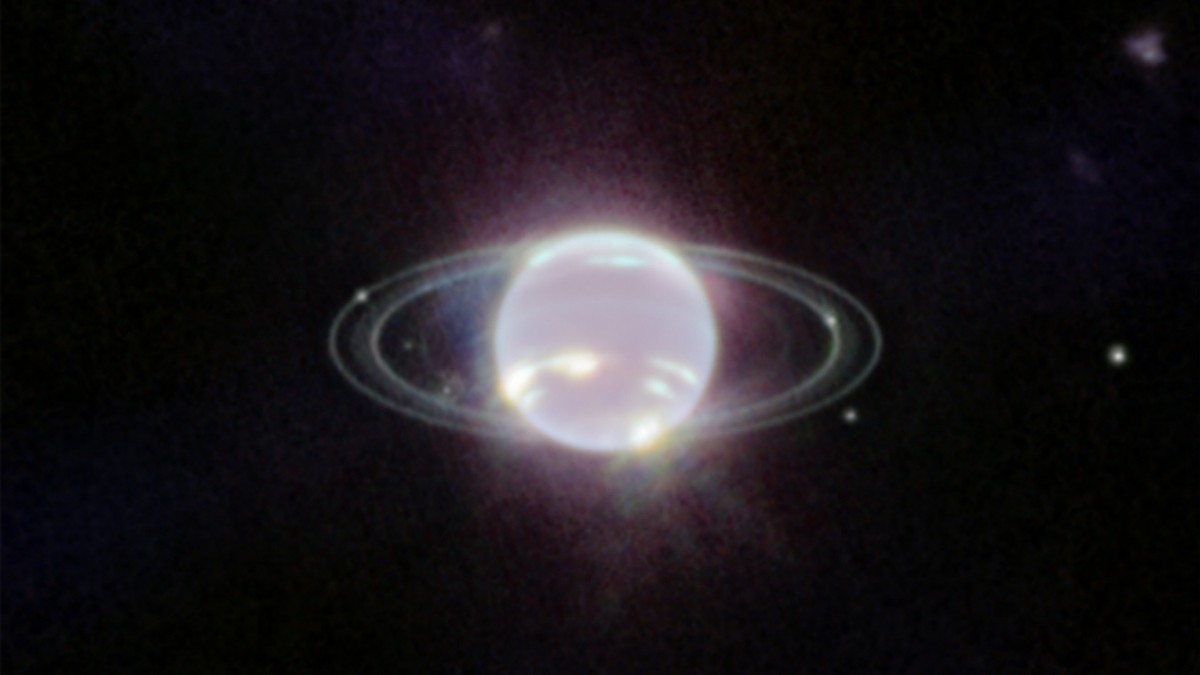 The James Webb Space Telescope has captured a spectacular new image of the planet Neptune. The rings of the ice giant can be seen with exceptional clarity in the image provided by the European Space Agency.

The dust layers around the planet are also clearly visible. A thin bright line around the equator may be a sign of atmospheric circulation driving Neptune’s winds and storms. The North Pole is no longer visible to the telescope. However, the recordings indicated unusual brightness in the region.

James Webb, built by the European (Esa), United States (NASA) and Canadian space agencies (CSA), launched on December 25 aboard an Ariane launch vehicle from Europe’s space station in Kourou, French Guiana, after previously cost explosions and repeated delays. The project is 30 years in development and has cost around ten billion dollars.

The Webb telescope follows the Hubble telescope, which has been in use for more than 30 years. The telescope’s first images were released in mid-July and provided the deepest and most detailed views of the universe to date.

The James Webb Telescope provides new images of the early universe with the help of, among other things, a 25 square meter mirror. Science hopes the recordings will provide insight into the aftermath of the Big Bang, about 13.8 billion years ago, and perhaps even evidence of a second Earth.