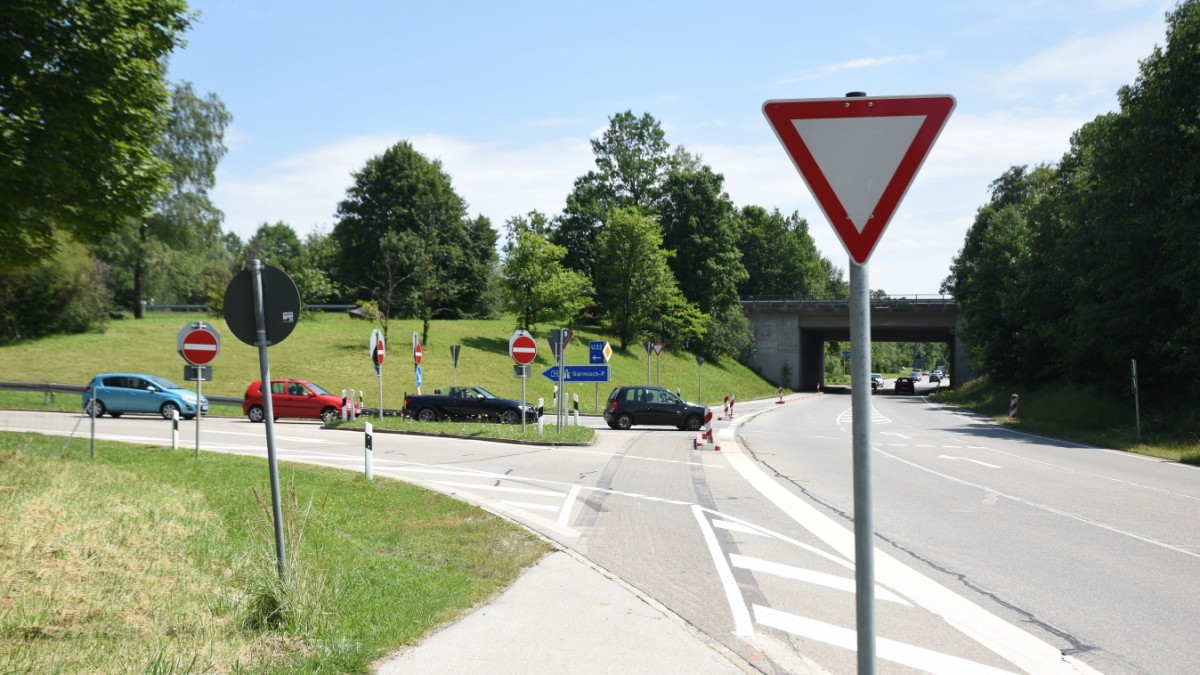 The Garmisch Autobahn 95 exit to Pensberg or Ifeldorf will be closed in the direction of Munich for four days next week. Motorists must give way between 8pm on Tuesday 27th September and around 6pm on Saturday 1st October. This is reported by the southern Bavarian branch of Autobahn GmbH des Bundes. The road has to be closed as the last layer of asphalt is being applied at the exit level of the highway as part of ongoing maintenance works.

Detours will be marked during the closure. If you are coming from Garmisch-Partenkirchen and want to go to Penzberg, you have to take the Sindelsdorf exit and from there you will be redirected to the bypass 24 and 17a. If you want to take the Autobahn from Pensberg or Ifeldorf towards Munich, you will take the 19 to the next northbound motorway, Seeshaupt.

The second construction phase of the bridge and road repair around the Penzberg/Ifeldorf exit is currently underway. According to Autobahn Südbayern, it should be completed by the end of the year. In the first phase of construction, the two bridges and the lane in the opposite direction to Garmisch-Partenkirchen were already repaired. The repair work became necessary because the motorway bridge near Pensberg and the railway bridge near Ifeldorf, 200 meters to the south, are more than 50 years old, the statement said.

According to Autobahn Südbayern, demolishing the bridges and rebuilding them is cheaper than repairing both structures. This was the result of an economic study. The statics of the bridge were incomplete. “The road had also reached an age that was in need of renewal.”

During the repair work, a total speed of only 80 km/h is allowed at this point. This is because all four lanes on one side of the highway are narrowed in both directions. During the closure of the Penzberg/Ifeldorf exit, Autobahn Südbayern asks road users to plan for sufficient driving time.