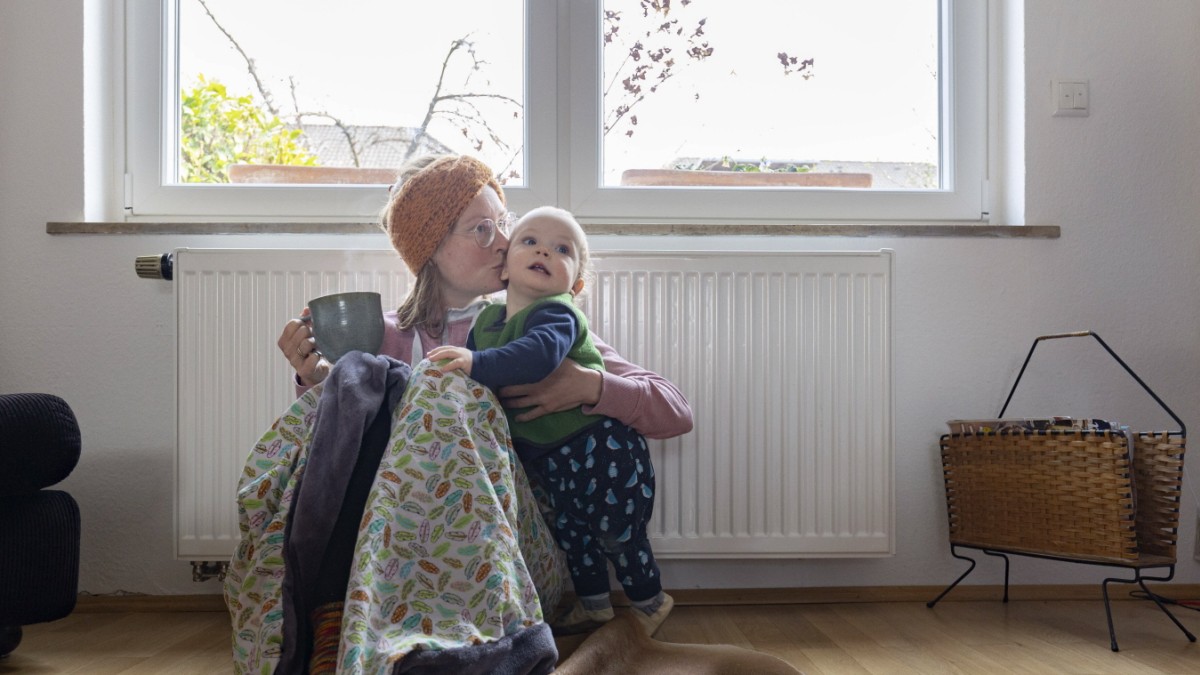 From a purely statistical point of view, poverty is not a problem in the district. Bayern scores high in the national comparison, and Ebersberg also in the Free State. But therein lies the problem, because being poor among the rich is particularly bad. During the round of negotiations held on Wednesday evening, all the experts reached an agreement on this matter. What was particularly alarming, however, was that none of the four from the podium could say what the county’s population will now face given the astronomical energy prices. Let’s leave aside what to do in such a situation.

Ebersberg evangelical community invited to the discussion, the title of the evening was in the “Horizonte” series. “Poverty in Ebersberg district too. it applies to all of us.” A complex topic, which, as expected, did not attract many people to the parish hall. It was certainly worth the visit as the experts provided very specific insights into a world that so often remains hidden in this affluent neighbourhood. Jochen Specht from the district office presented the official results, Leanne Spiegelberg from Diakonie Rosenheim reported on the needs of the many Tafel customers in Ebersberg, Ulrike Bittern, CEO of Landkreis-Awo, shed light on the huge number of unreported cases. the needy based on his own experiences, and Gerhard Gross, also from Diakonia, dedicated himself to “the most obvious form of poverty: homelessness.

In order to adequately depict the situation, despite the positive statistics, in 2019, a committee of experts created a definition of poverty specific to the region. According to him, “poverty is essentially understood as the lack of means and opportunities to shape life in the way that is normally possible in the Ebersberg region.” In other words, if you’re the only one who can’t afford to go to a restaurant or a movie theater and therefore has to withdraw from society, you’re poor.

Single parents, children and pensioners are particularly affected, with increasing numbers. “Because in order to be able to follow, it is necessary to increase the purchasing power,” says Specht, head of the social planning and demographics department of the District Office. And given the current crisis, it is to be feared that entirely new layers will now be needed, added the head of the house, Pastor Edzard Evertz. Of course, this will trigger an already big problem. a shortage of skilled workers, especially in nursing and childcare, which in turn hits the poor particularly hard.

This is the dark side of the much vaunted quality of life. the region is one of the most expensive regions in Bavaria, especially in terms of housing costs. In 2021, the district office counted 725 children and youth in the Question 4 area, “that’s actually 725 too many,” warned Specht. And then there are many families who, although they do not have the right to receive state benefits, still do not have sufficient financial resources. “Some people just don’t get support just because they earn a few euros too much,” Bittner said.

But poverty isn’t all about money, and the evening made that clear. In addition, exclusion, shame, excessive demands, and loneliness are common. Single parents in particular are under such pressure because of the huge organizational effort they have to make; “They completely go away and at some point they just collapse,” says Bittner. The head of “Avo” was able to mention many examples of the consequences of poverty, especially from the territory of the day care center. children, for example, who always stayed home on their birthdays because families couldn’t buy pretzels and candy for everyone. “That’s why we kept the noise down, the cake is now baked by the kids and teachers on site.” For the same reason, the nature of excursions changed. now the kids explored the local area instead of Legoland. Awo has also moved the collection of fees which now takes place through the office. “It’s just not good when the team knows who’s in the tight end right now.”

Spiegelberg also knew how to convey a lot of shame. “We have an elderly gentleman who goes to us from another community so that no one notices that he is a customer of the table.” How far these people are often absent was shown by the modest Christmas wishes of the elderly. By the way, recently the number of visitors to the table in the regional city has increased sharply, from about 160 people to about 450 in 2021 due to the Ukrainian war. But the clients include not only refugees, according to Spiegelberg, but also the unemployed, low-income earners, those in debt, retirees, and the physically and mentally ill.

Problems that, unfortunately, often go hand in hand. Gross of the Emergency Housing Service spoke of “a lot of people with a lot of placement barriers” who really had no chance to improve their living conditions. And in other, less serious cases, it may take years to get social housing. That’s why Gross sees a great need for action here, an urgent need to create more affordable living space. “It should be possible in such a rich neighborhood.”

Some turn to alcohol, which only exacerbates the problem

The tip of the iceberg lands in the hostel Gross, people without a home who not only have no money, but also a “second skin, shelter”. In addition, there are often problems with alcohol and, as a result, with the psyche. “These are generally difficult, annoying people, and that’s why they’re not particularly popular with the authorities,” said Gross, who helps stranded people defend their rights. He estimates that their number is around 300 in the entire region.

But Gross not only supports people who are already on the street, but also those who are at risk of losing their homes. “Anyone who can no longer pay, who receives a reminder or even a termination notice, please come to us immediately.” Because rent arrears can often be settled with government assistance, and even a big stack of unopened yellow letters can’t scare him. At the moment, the number of closed cases of the Ebersberger Wohnungsnotfallhilfe is about 250 per year.

So there is definitely poverty in the neighborhood, and what can be done about it? It became clear that there are many people in need who cannot manage on their own in the jungle of bureaucracy and many forms of assistance. That is why there is an urgent need for more intermediary bodies. And the people should be made to understand that state funds are not distributions. “Victims should exercise their right to help, they’re not taking anything away from anyone,” says Specht.

There are a lot of thoughtful, generous people in Ebersberg, Bittner said, and Avo is happy for every non-bureaucratic donation. In addition, everyone is asked, “just looking carefully, for example in the neighborhood, often helps a lot.” Because most problems can best be solved through personal contact. “It takes confidence to drop your pants.” If, for example, a pensioner suddenly orders Meals on Wheels for three days instead of five, ask carefully. And the offer to finance the other two shipments later through donation is generally accepted with gratitude.

By the way, it was quite cool that evening in the hall of the evangelical community. “We haven’t turned on the heat yet because we’re also going to have to deal with costs that we can’t really afford,” Everts explained. But closing is not an option because the young and the old meet at home. “That’s why I’m toying with the idea of ​​turning the hall into a heating room this winter. It will be a concrete project that can help.”

In addition, the pastor surprised the guests with a personal revelation. he and his family lived for a time on subsistence level, the four of them on a net worth of 1,600 euros. “I wanted to be part-time, the children were more important to me.” At the time, he didn’t even think about raising through the job center. But in this regard, he knows very well that the complaint about the ever-increasing sense of entitlement applies only to a part of the population. “You can only hold back if there’s still air up to the wall.”