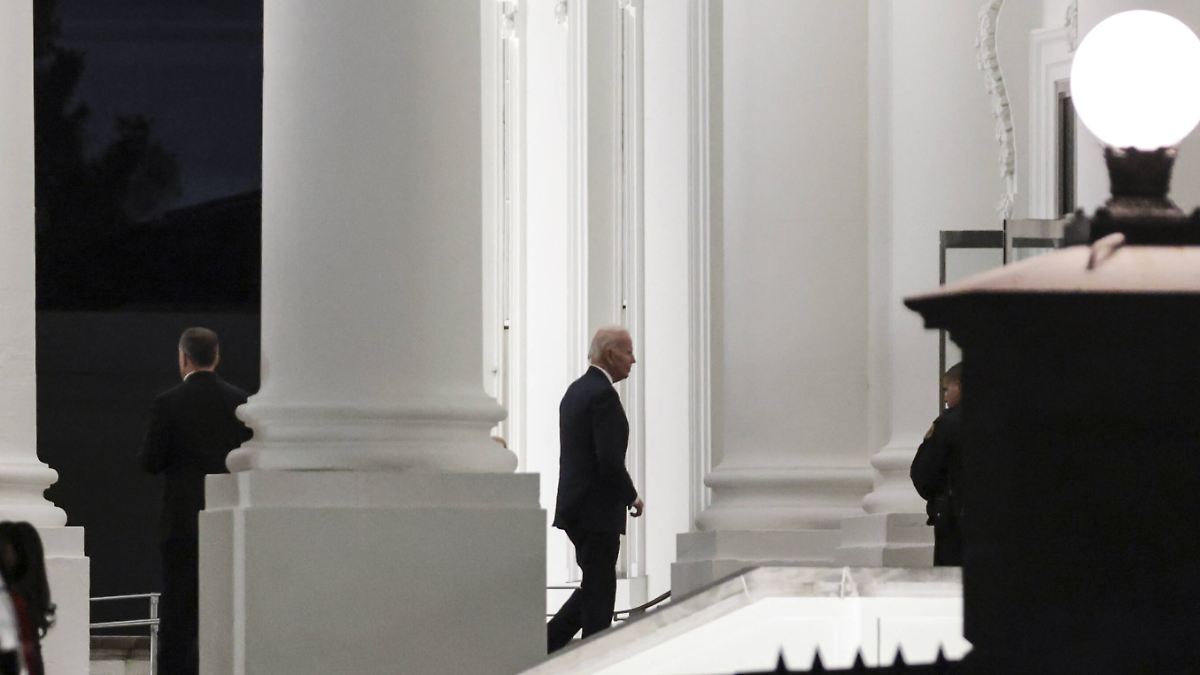 The president looks disoriented
Republicans are upset with Biden’s performance

Merkel’s jerking hands or Putin’s clinging to a chair – unusual body movements are regularly dissected by top politicians, especially the opposition. In the US, the Republicans are currently working on Joe Biden’s appearance.

US President Joe Biden mocked Republicans with an unconventional exit from the stage. The 79-year-old finished his speech at the Global Fund Conference in New York to applause from the audience as he turned away from the lectern. He took a few steps, cautiously raising both hands in front of him, when he suddenly stopped and looked back. Biden appeared dazed and looked around before asking the audience or his security team how to leave the stage.

For Republicans, this scene is a godsend. Since taking office, prominent politicians have addressed the question of whether Biden is fit enough to lead the United States. “Scary. This is our commander in chief,” Texas Sen. Ted Cruz tweeted, sharing the video clip. “Joe Biden is completely lost on stage. Scary and sad,” wrote Cruz’ Communications Officer Steve Guest.

A few days earlier, US President Biden commented on alleged health problems in an interview. “Look at me. If you think I don’t have the energy or the mental acuity, that’s one thing,” he said on CBS. “I respect the fact that people say, ‘You’re old’. But I think it depends on how much energy you have and if the work you’re doing is in line with what people of all ages are doing, maybe not.”

President Biden survived a coronavirus infection a few weeks ago. The White House regularly informs about his current state of health.

Above all, the performances of senior top politicians are repeatedly critically evaluated. The mental state of 69-year-old Vladimir Putin is regularly questioned. Videos of the Russian president holding on to a chair and appearing to twitch his leg during public appearances do not indicate a condition such as Parkinson’s disease, according to doctors.

Chancellor Angela Merkel’s shaking hands were also a media issue in Germany. According to the sixty-eight-year-old woman, her upheavals in the last years of her chancellorship were, among other things, caused by the death of her mother. She was very exhausted at the time and the death hit her harder than she originally thought, Merkel said in an interview.