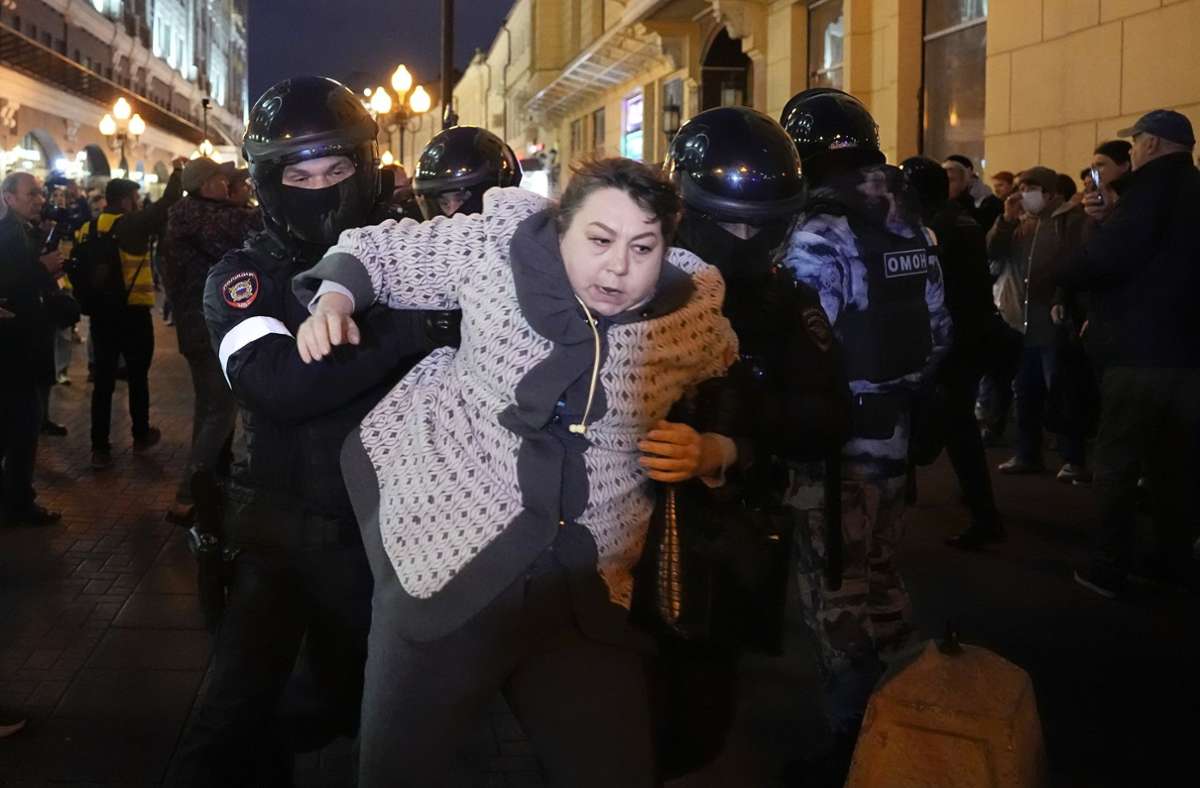 Protests in Russia against the attack on Ukraine have long remained silent, the state suppressed and criminalized them. But the announced mobilization again pushes thousands of people into the streets.

More than 1,300 people have been arrested during protests in Russia against the partial mobilization of the army ordered by Kremlin leader Vladimir Putin. The civil rights portal OVD-Info recorded more than 1,350 arrests on Wednesday evening in 38 cities across the country. According to this information, 556 demonstrators were arrested in Saint Petersburg alone, and more than 500 in the capital Moscow. The authorities initially gave no information on these arrests.

In Moscow, people shouted “No to war!” or called for a “Russia without Putin”. Photos and videos showed how police brutally grabbed the mostly young protesters and dragged them onto buses. From there, those arrested were taken to police stations. There were equally large protests in the days immediately following the Russian attack on Ukraine on February 24.

In Tomsk and Irkutsk in Siberia, in Yekaterinburg in the Urals and elsewhere, isolated people took to the streets. They waved placards in the colors of the Ukrainian flag and slogans such as “No to mobilization!”.

Thousands of people take to the streets against Putin’s mobilization

In Moscow, before the demonstration, the authorities had expressly warned against any participation: the prosecution threatened people with up to 15 years in prison. Since the start of the war against Ukraine nearly seven months ago, the Russian government has taken tough action against opposition members and war opponents, including tougher laws. In police stations, those arrested were charged with various offences, including resisting the police and discrediting the army.

In a televised address on Wednesday morning, President Putin ordered the partial mobilization of the Russian armed forces. A total of 300,000 reservists must be mobilized to fight against Ukraine. The context is probably linked to Russia’s personnel difficulties in the war of aggression which began on February 24.