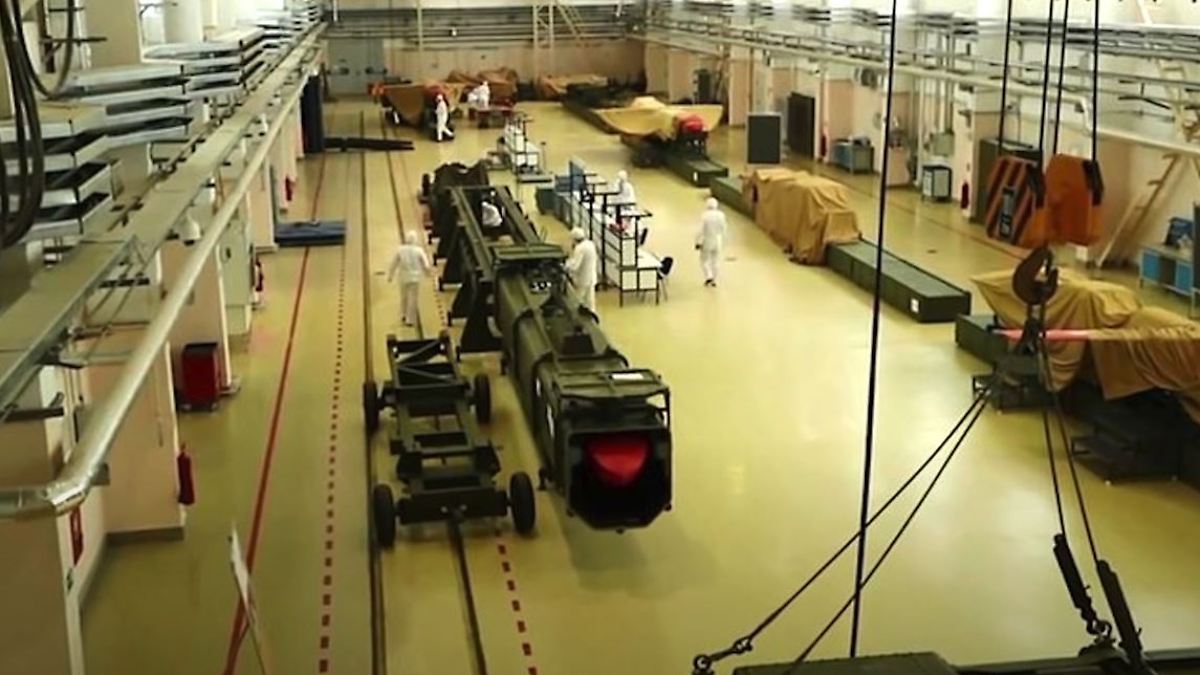 Putin’s “Petrel”
Is Moscow preparing to test new weapons in the Arctic?

Four years ago, Putin announced the development of a new missile that cannot be intercepted by conventional air defense systems. New satellite images suggest Russia is planning a weapons test in the Arctic. Previous field trials were not very successful.

New satellite images suggest Russia plans to test a new nuclear-powered cruise missile in the Arctic Ocean. This is what military expert Tony Roper writes on his blog. In images taken last week by satellite operator Airbus Defense and Space claims to have spotted preparations for the launch of a 9M730 “Burevestnik” (NATO name SSC-X-9 “Skyfall”) missile at the Pankovo ​​test site on the twin island. from Novaya Semiya.

As evidence, he states that the photos show a shipping container for “Burevestnik” next to the launch pad. He also sees the presence of three supply ships off the island, including the nuclear-powered Sevmorput, as evidence.

“Burevestnik” (English: “petrel”) was first announced in 2018 in a speech by Russian President Vladimir Putin. The head of the Kremlin claimed at the time that the West had no defense against the weapon. In low-level flight, you can approach your target from different directions and thus avoid anti-aircraft systems.

The cruise missile is said to be ten meters long and weighs five to six tons and can be equipped with a nuclear warhead. The exact drive is not yet clear. Experts suspect that a small, air-cooled nuclear reactor is used, which means that the range should be more than 25,000 kilometers. The danger here: In flight, the missile could leave a radioactive trail behind. In the 1960s, the US was conducting a similar project called “Pluto”. However, after six and a half years, the research was stopped in 1964.

However, it seems that the previous field trials of “Burevestnik” were not crowned with great success. In August 2019, a test run that apparently failed in northwest Russia led to a serious explosion. Several people died in an accident at a military base in the White Sea. At times, elevated levels of radiation have been measured in the region. According to information from the American secret services, the longest flight of the “Burevestnik” lasted only two minutes. It is said that none of the previous test missiles traveled more than 35 kilometers.

Western experts have expressed doubts about the weapon’s concept. Missile expert Markus Schiller told “Welt” that even a successful test would not mean that it is ready for use. It may be a long time before it can be used in conflict.