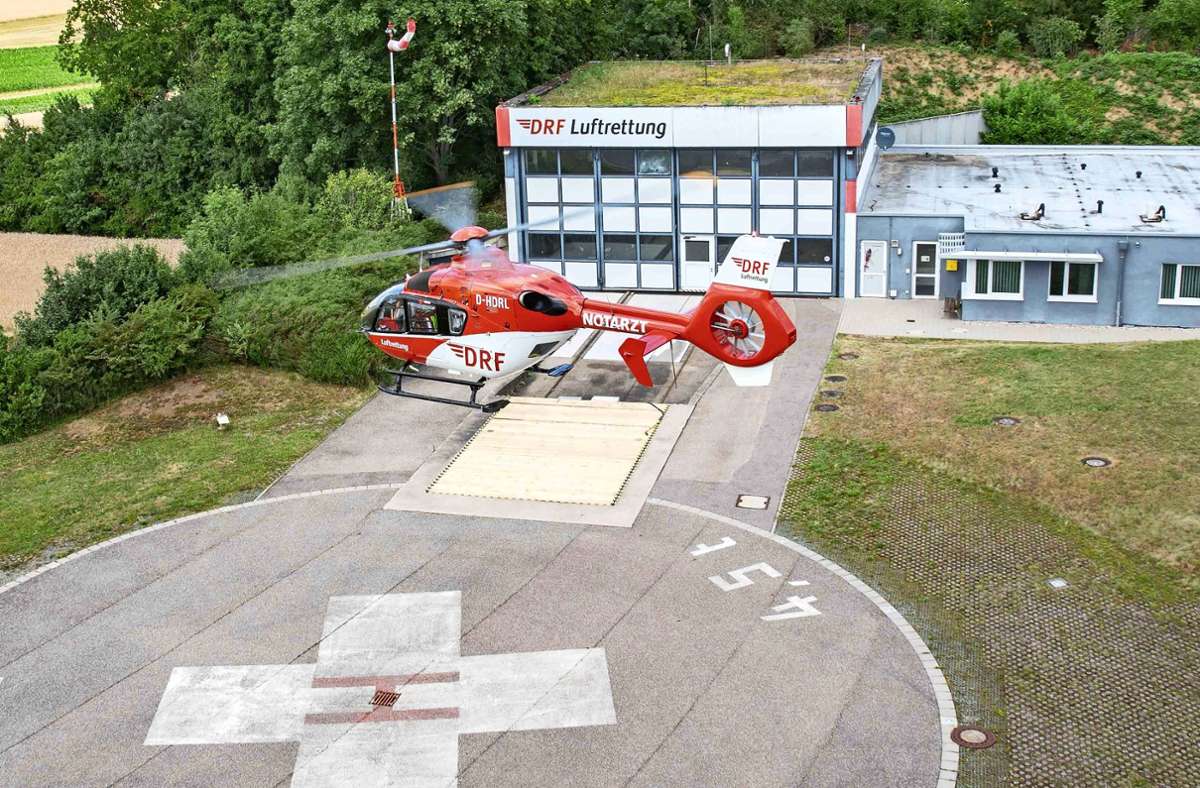 Under new regulations, first responders must be at the scene of an accident within twelve minutes. For district administrator Bernhard, mayor Cohn and FDP deputy Scheerer, this clearly speaks of the location of the Leonberg helicopter

The pressure for the Christoph 41 rescue helicopter to remain at the Leonberg hospital is increasing. District administrator Roland Bernhard (independent) has now written to Interior Minister Thomas Strobl (CDU) as well as Leonberg Mayor Martin Georg Cohn (SPD). Meanwhile, FDP MP Hans-Dieter Scheerer from Weil der Stadt points out that the response time for rescue operations has been reduced from 15 to 12 minutes. This clearly speaks for Christoph 41 in Leonberg.

“The helicopter is a central link in the emergency rescue chain and is of vital importance for the whole region. Christoph 41 will also support the future airfield clinic,” says district administrator Bernhard. The helicopter has been based at the Leonberg district hospital since 1986.

Bernhard and Cohn, like MP Scheerer, refer to the update of the emergency services plan by the Land government itself: the 2014 plan has been revised and the assistance period shortened. “This is such a critically important change that it must be reflected in the air rescue structural report,” the district administrator asked. “Therefore, this, and with it Christoph 41’s relocation plans, must be put to the test again.”

Previously, the ambulance and emergency doctor had to be at the scene of an emergency within 15 minutes. The novelty is that the assistance delay only applies to the first aid equipment to arrive; at the same time, the time limit was reduced to twelve minutes.

“The operational area of ​​Christoph 41 covers a radius of approximately 100 kilometers and extends over all districts. The Leonberg site has been continuously modernized and expanded since 2013, the buildings and outdoor facilities are state-of-the-art,” says Bernhard. “Due to the many intersecting highways and the federal road network, our district is particularly busy and therefore depends on effective air rescue anyway,” explains Roland Bernhard. “Given the shortened three-minute assist period, that focus is intensified again.”

The Air Rescue Structural Report was commissioned in 2018 to rearrange rescue transport helicopter locations for better coverage of the area. It contains the proposal to move Christoph 41 to the Tübingen region in order to be able to better cover the previously poorly covered areas of the Swabian Jura. This provoked fierce resistance.

In May, the green-black majority of the Petitions Committee rejected a petition initiated by relief organizations. Medical experts, such as the Stuttgart Region Trauma Network, had provided the ministry with additional information – without success.

District Administrator Bernhard and Mayor Cohn also discuss the importance of the rescue helicopter for the hospital landscape: the possibility of being able to carry out missions with the helicopter is “a location advantage that should not be underestimated. esteemed in the competition for good specialists”.

Weather problems on the Alb

“Being the target hospital of a rescue helicopter is support for the location of the respective clinic,” says the district administrator and also refers to the airfield clinic as an important future point of contact. “The Böblingen control center is currently coordinating the operations of Christoph 41. This can save valuable seconds compared to dispatching via another control center, which takes into account the particularly dangerous situation with two of the motorway sections busiest in Germany.”

Deputy Scheerer thanked Bernhard and Cohn for their intervention with the Minister of the Interior: “Because it is always a fact that the report ignores important points, such as the traffic situation, but also the demographic development and the different weather conditions in the Swabian Jura In addition, the air rescue site in Leonberg has been continuously modernized since 2013 and is state-of-the-art, so a transfer makes no sense from a purely logistical or economic point of view .