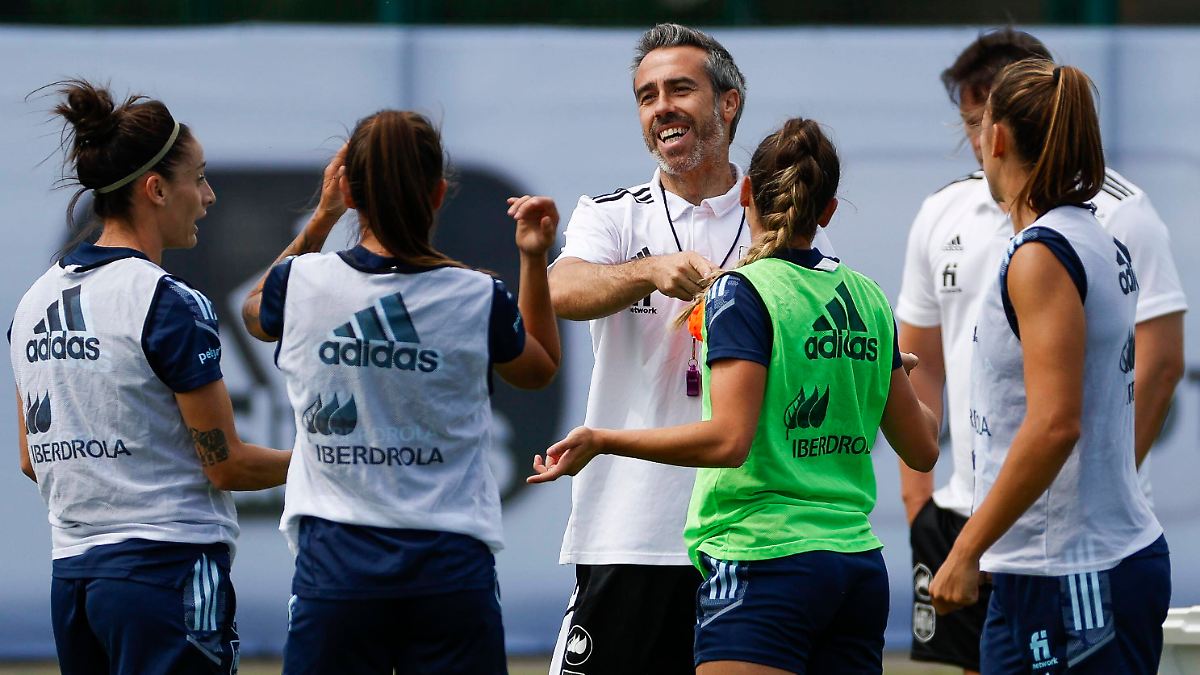 They are considered favorites for the European Football Championship, but will be knocked out in the quarter-finals. Now the situation in the Spanish national team is getting worse. 15 players announced their boycott to the association and rebelled against head coach Jorge Vilda. He refuses to resign.

Revolt and mass resignation: The protest against coach Jorge Vild has escalated in the Spanish women’s national football team. As announced by the Spanish union RFEF, 15 players are boycotting the team. The association would send emails with the same wording explaining the reasons for their resignation.

The current situation is therefore unbearable, players see their health and emotional state affected. The reason is the alleged ineligibility of the forty-one-year-old player, the insufficient training processes of the players and the early departure from the European championship, reported “El Periodico”. They would therefore not play for Spain “until the situation is reversed”, i.e. the coaching staff will be relieved of their duties.

However, the RFEF reacted negatively. The players’ statements were “unprecedented in the history of football” and that they would not give in to pressure. “The players will not be able to question the continuity of the national team coach and his coaching staff as such decisions are not their responsibility,” the statement said.

A ban of up to five years is possible

Instead of clarification, the associations seem to bet on confrontation. The situation is one that “goes beyond sport and is a matter of dignity”. The statement said: “This type of intrigue does not match the values ​​of football or sport and is harmful.” The FA also warned players that refusing to play could result in a two- to five-year ban under Spanish law.

But at the same time, the association emphasized that it does not want to escalate further and does not want to exert any pressure. Therefore, players should not be called up until they “admit their mistake and apologise”. Only then is it possible to return to the team. If necessary, the union will use youth players for the same length of time. The main thing is that they are “committed”, according to the RFEF: “It is a question of dignity.”

It is said that neither the captain Irene Paredes nor the world soccer player Alexia Putellas are among the retired players. The latter is currently unavailable for the upcoming October Games due to a cruciate ligament rupture shortly before the European Championships. The Copa radio station reported that eight players, consisting of Patri Guijarro, Mapi Leon, Sandra Panos, Aitana Bonmati, Mariona Caldentey, Ona Batlle, Lucia Garcia and Laia Aleixandri, signed up for the union, which beat Germany (0-2) in the preliminary round. round of the European Championship in July he was in the starting XI. According to the “Guardian”, Leila Ouahabi is also supposed to be among the protesters, she was also one of the starting eleven against Germany, and according to the “Guardian” Andrea Pereira, Clàudia Pina, Ainhoa ​​​​Vicente, Lola Gallardo, Amaiur Sarriegi and Nerea Eizagirre announced their boycott.

Three weeks ago, the Spaniards made their displeasure with their head coach Vilda known, discussing it with RFEF president Luis Rubiales and confronting Vilda himself with her views. However, the 41-year-old refused to resign. The players then appeared at a press conference where captain Paredes – who is not one of the mutineers – said they “didn’t ask for the sack”. However, she admitted that “the captains have communicated how we feel on behalf of the group.” She said they were assured there would be changes.

The Spanish national team plays Sweden on October 7. The Spanish were considered favorites at the European Championship, they lost the world player Putellas shortly before the start of the tournament and then failed to convince even in the group stage, losing the game against Germany surprisingly clearly. They were eliminated in the quarter-finals and the team lost 2-1 in extra time to eventual European champions England.

Vilda has been the coach of the Spanish national team since 2015. His contract was only extended by two years until 2024 shortly before the European Championships.