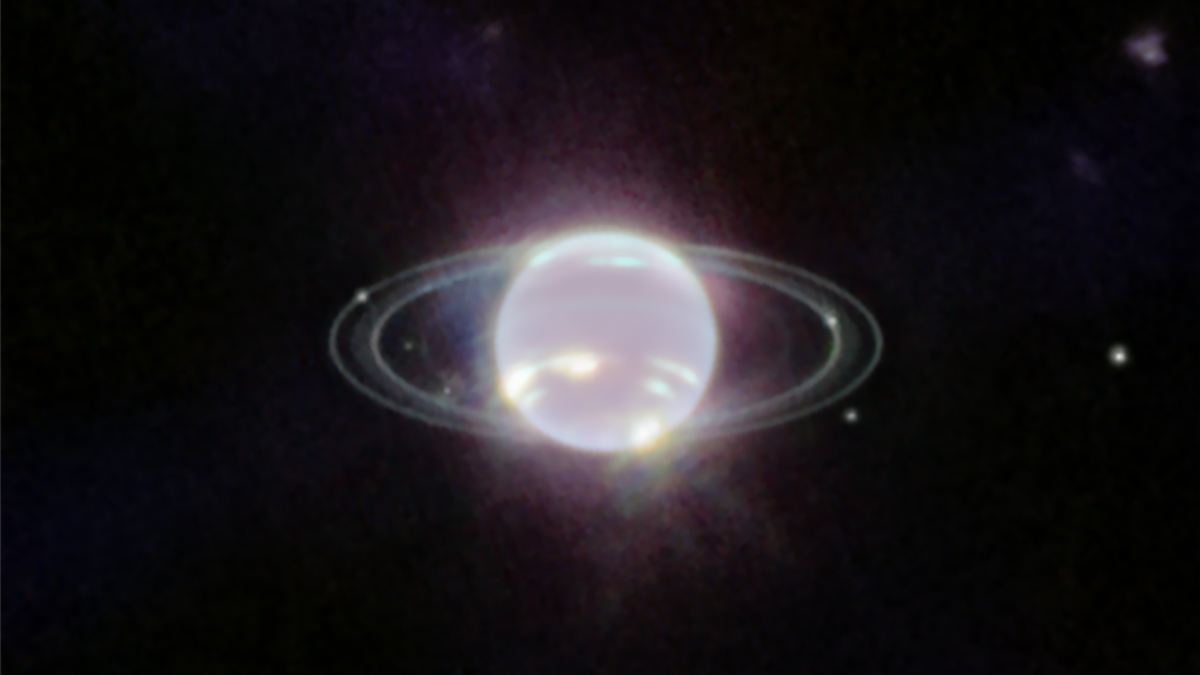 The James Webb Space Telescope provides a deep view into the infinite expanse of space. The latest image now shows Neptune with unusual precision. From this, scientists can draw conclusions about light and wind conditions.

The James Webb Space Telescope has taken a spectacular new image of the planet Neptune. The ice giant’s rings can be seen with exceptional clarity in the image, as reported by the European Space Agency, Esa. The dust belts around the planet are also clearly visible.

A thin light line around the equator could be a sign of the atmospheric circulation that drives Neptune’s winds and storms. The North Pole is no longer visible through binoculars. However, the records indicated unusual brightness in the region.

Recently, a telescope sent a new image of a ring galaxy to Earth. The US space agency said it was the so-called Cartwheel Galaxy, about 500 million light-years from Earth.

The galaxy is made up of two rings – a smaller inner one made of hot dust and a larger outer one containing, among other things, stars. The image shows that the galaxy is in a “very unstable” state and is likely to continue to change, NASA said.

“James Webb” was built jointly by the space agencies in Europe (ESA), USA (NASA) and Canada (CSA) and was launched on December 25 aboard an Ariane launch vehicle from Europe’s Kourou Spaceport in French Guiana – then earlier cargo explosions and repeated postponements. The first images from the telescope were released in mid-July, providing the deepest and most detailed insights into space yet.