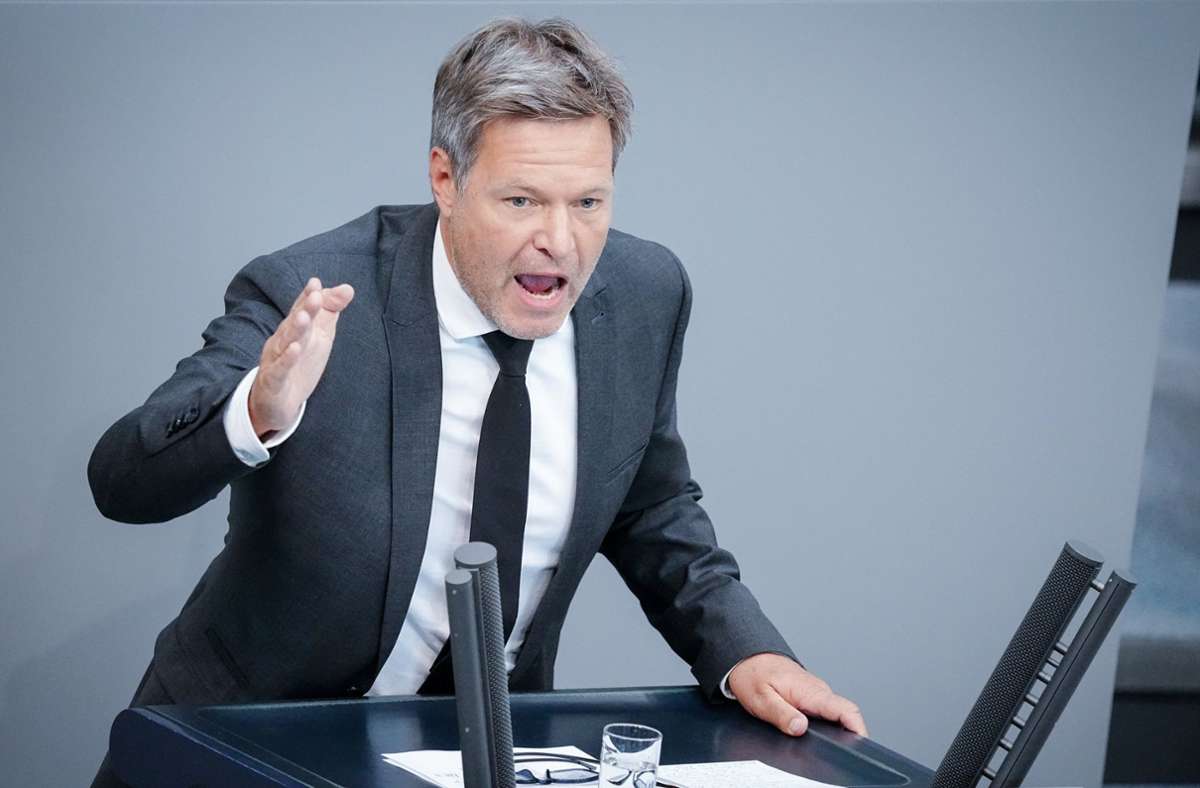 At short notice, the Federal Minister of Economics rushes into the plenary hall of the Bundestag to take part in a debate on the Federal Government’s energy policy. He does not accept the arguments of the opposition – and responds with clear words.

Federal Economics Minister Robert Habeck (Greens) firmly rejected opposition criticism of the introduction of the gas tax. Instead of sticking together in a time of multiple crises, the only thing that came to mind for the opposition was to shout “The gas surcharge must go!” Habeck said Wednesday afternoon in the Bundestag. – especially towards the Union faction. “Are we here in the football stadium, or what? Is it a demo? I have to go! They are “the unavoidable opposition”! (…) This is not politics,” Habeck added. There would be no constructive proposals, only “clumsy demands,” the minister said.

Criticism of the gas surcharge

Labor faction deputy chairman Andreas Jung (CDU) had previously criticized the planned petrol tax and called for it to be scrapped. “The gas tax is the big elephant in the traffic light area. You know it hit a wall, but no one is talking about it outright today,” Jung said. In the afternoon, his parliamentary group had requested that a current hour be convened in the Bundestag on the subject at short notice.

Jung accused Habeck of making the gas tax “a state secret”. “Nobody” knows how this surcharge is calculated. If Habeck, as expected, wants to exclude profit-making companies from the gas tax, then the amount of the tax must also change, demanded the CDU politician.

Habeck replied that the proportion of such “free riders” was around eight percent. Although this is “not nothing”, it does not mean that the price projection “needs to be corrected immediately”. The surcharge will be “adjusted quarterly” based on prices. It could also happen in January.

In addition to the Union, the AfD and Linke have also called for the gas levy instrument to be stopped. Economy Minister Habeck promised in the morning, when he announced his intention to nationalize gas importer Uniper, that the planned gas tax, which Uniper would also initially benefit from, would come into effect on October 1. . For their introduction, however, a financial constitutional revision is still necessary. The gas surcharge is intended to support gas importers who have encountered difficulties due to the high purchase prices of Russian gas.