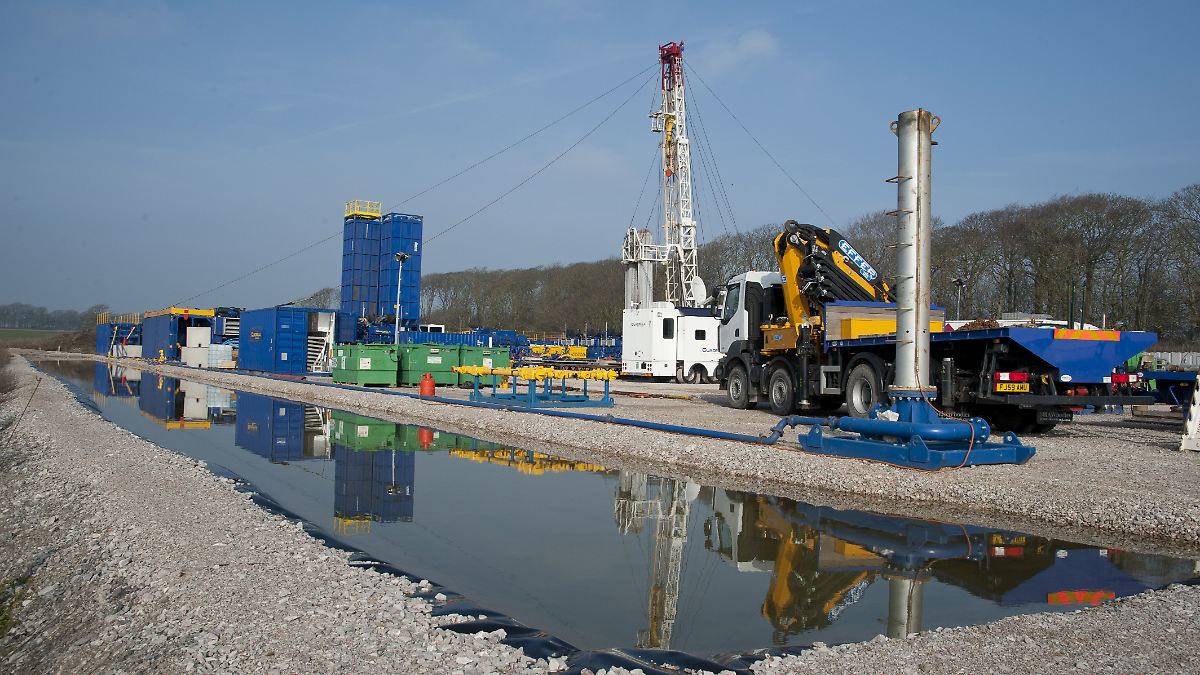 Fracking poses a danger to the environment, which is why the oil or gas extraction method is banned in Germany. In the UK, it will be considered part of the energy mix in the future.

The new UK government is lifting the moratorium on fracking due to rapidly rising energy prices. “Given (Kremlin leader Vladimir) Putin’s illegal invasion of Ukraine and the weaponization of the energy industry, strengthening our energy security is a top priority,” Economy Minister Jacob Rees-Mogg said. This should also ensure that the UK becomes a net exporter of energy by 2040.

“To achieve this we need to explore all the options available to us through solar, wind, oil and gas,” Rees-Mogg said. The lifting of the moratorium makes it possible to search for sources of domestic gas. The minister is seen as an opponent of green energy and repeatedly questions the causes of climate change.

Fracking uses pressure and chemicals to extract gas or oil from rock layers, posing a hazard to the environment. This method is prohibited in Germany. In 2019, a moratorium was imposed in Great Britain. The Conservative Party pledged to stop fracking in its election manifesto. Now the party’s new leader and Prime Minister, Liz Truss, has defended the repeal. “Fracking is part of the energy mix, we should explore all options,” Truss said on the sidelines of the UN General Assembly in New York. “No option to improve our energy security should be off the table because that is the main problem we face.”

A study by the British Geological Survey found that there is only “a limited understanding of the UK’s geology and onshore shale gas reserves”. The Ministry of Economy has now stressed that this is why more test wells should now be allowed, applications would only be considered where there is local support, it said.