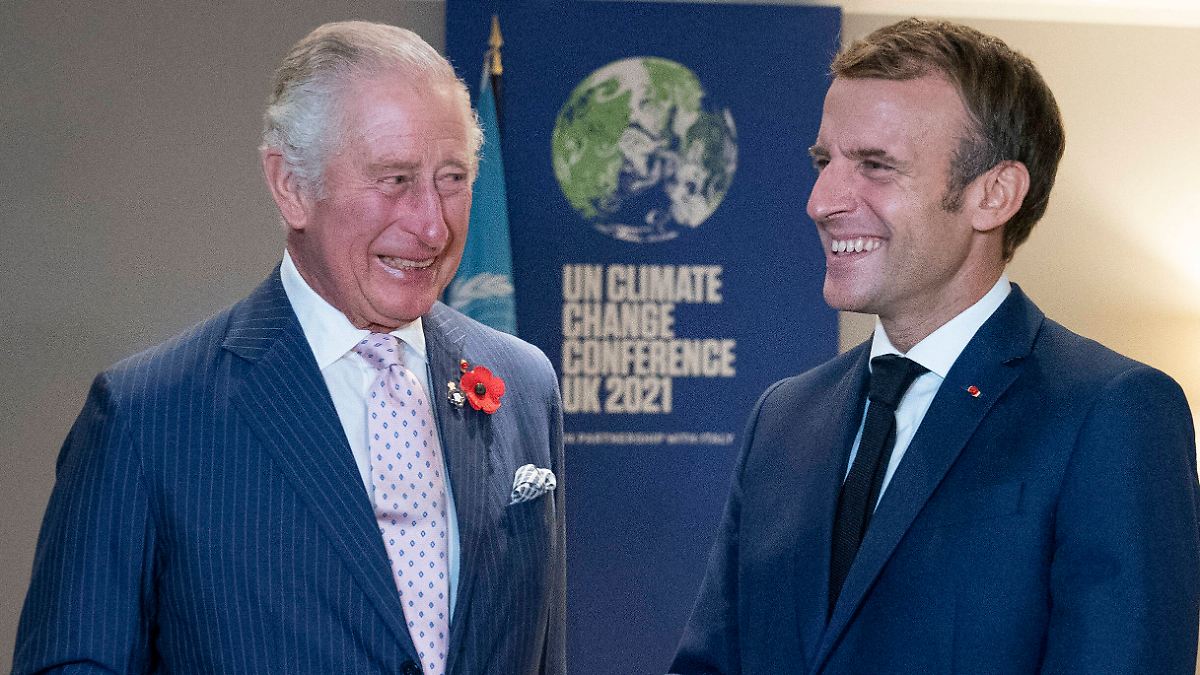 Strengthening relations with the EU
Will Charles go to Paris first?

It would be quite unusual: Charles III could make his first trip abroad. it may not lead to a Commonwealth country, but to France – as a sign of solidarity with Europe. Meanwhile, the new monarch is likely looking to cut costs within the royal household itself.

With the aim of strengthening bilateral relations after Brexit, the first state visit is to welcome the new King Charles III. lead to France. At least that’s what the Telegraph reports. Britain’s Foreign Office is keen to use the monarchy’s diplomatic powers to strengthen bridges to its most important European neighbors after leaving the EU, the paper says. The trip, which should take place already next month, can therefore also lead to Germany.

Charles was invited to the funeral services for Queen Elizabeth II by both French President Emmanuel Macron and Federal President Frank-Walter Steinmeier. Germany was one of the last countries the Queen visited in 2015 with her husband Prince Philip. Since then, the head of state has not made any official foreign trips, as the queen has increasingly suffered from mobility problems.

According to media reports, the new king plans to downsize the royal family. Conservative tabloid “Daily Express” reported that in the future, apart from Charles and his Queen Camilla, only the heir to the throne Prince William and his wife Princess Kate, Princess Anne and Prince Edward and his wife Countess Sophie will play. role.

According to a survey commissioned by “Express”, it is very popular with the population: only about a third of those polled would like Prince Harry and Duchess Meghan to return to the inner circle of the royal family. 57 percent expressly do not wish it.

A survey shows great goodwill among Britons for their new royal couple. 63 percent of those polled believe that Charles has made a good start as monarch. Even 69 percent were convinced that he would be a good king. 58 percent believe Camille will shine as the king’s wife. Two-thirds (66 percent) of Britons support the monarchy as a form of government. After all, almost a quarter (22 percent) want to cancel them.

However, plans for a slimmer royal family could affect other servants. The PA news agency quoted a letter from royal treasurer Michael Stevens as saying that “a very small minority of staff (less than 20) who have personally served Her Majesty Queen Elizabeth II” could lose their jobs. The Guardian previously reported that up to 100 staff at his previous residence, Clarence House, could be made redundant due to Charles’ accession to the throne.

He got along well with Macron

Queen Elizabeth II died on September 8 and was buried on Monday after a state funeral at her residence at Windsor Castle. Charles reportedly flew to his country home in Scotland on Tuesday to mourn his mother in private.

The first thing a new British monarch usually does is visit the Commonwealth country where they are the head of state. However, after Karl took office, it was already said that he would go to Europe first. Accordingly, a visit to Australia and New Zealand is planned for spring 2023. The Foreign Office in London has the final say on royal travel.

The Telegraph reports that Charles got on very well with French President Macron. In addition, the king could then focus on a tree-planting project in Africa known as the Green Wall, which aims to combat climate change. She is supported by both Charles and Macron.